2016. Man, what a year. A tumultuous election, more exciting sports moments than a single year in recent memory has had, and perhaps the hardest and yet most impactful year in the history of Frontier Camp. On the one hand, we’re more than ready to put 2016 in the books, but as I was reflecting last week on the close of the year and the difficult moments it contained, I was reminded that taking away the trials we endured would also take away the display of God’s power, grace, and provision through those times.

God did some mighty and amazing things at Frontier Camp and in the lives of the FC community last year. Let’s take a look back at some of the most incredible things from the past year:

Our 11th mission trip to Jacob’s Well in Haiti 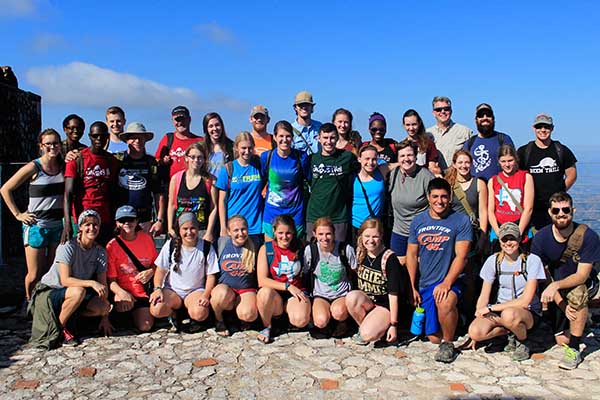 We started off 2016 by sending our largest team ever to serve in Haiti for 9 days. Our 2016 trip saw more than 30 salvation decisions and a VBS-style mobile camp in addition to the regular camp program. 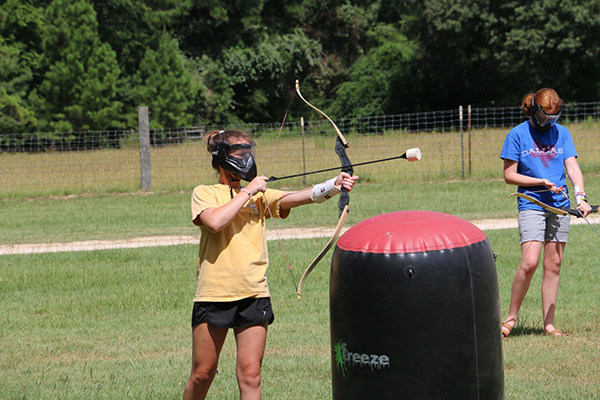 We firmly believe a camper’s week at camp should be the best week of “Faith, Fun, & Friends” of their whole year, and fun has a lot to do with that! We added Crate Stacking and Arrow Tag in the spring and added in Skeet Shooting and the new activity skill class FC Medley during the summer. 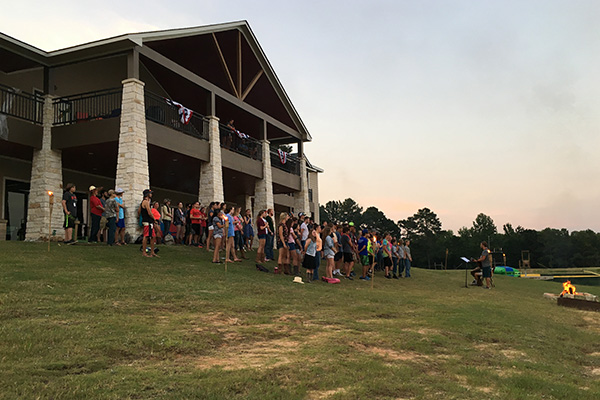 We spent so many years praying for a Teen Camp expansion, and we can’t believe it’s been around for three years now! Summer programming with two camps running simultaneously is now the normal and it’s hard to remember what life with only one camp per week was like, though I think we got more sleep back then. 😉 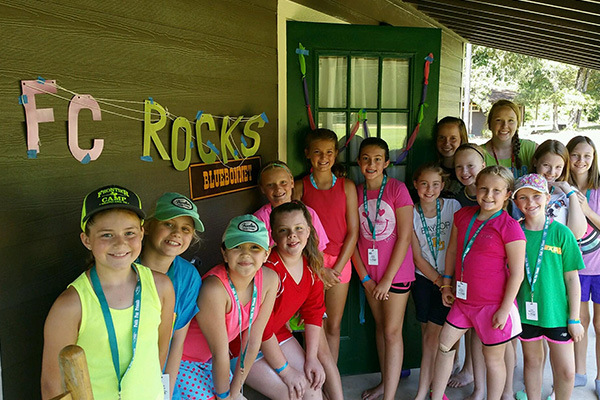 Longtime camper cabin Hickory has served thousands of campers and had the gospel shared within its walls hundreds of times since it was first built in the 70s, but it was definitely the oldest of our camper cabins and it showed. We retired it from normal camper use last summer after we finished construction on the new camper cabin, Bluebonnet, which was used by girl Junior Campers every week of the summer. 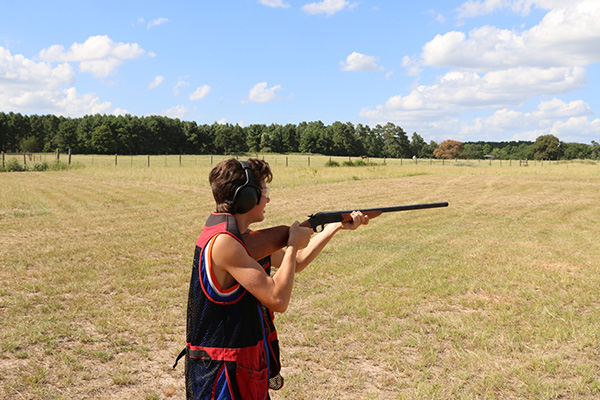 Even when we began construction on the Fossil Creek campus five years ago, we knew we would eventually need additional land to allow our full vision for a Teen Camp to become reality. The Lord answered our prayers in June with the provision of not only 18 acres near the Fossil Creek property but also the funds to purchase it. Nicknamed the “Promised Land” in reference to the years we prayed for this land, this new land has already been used for summer camp and retreat recreation and our equine program. 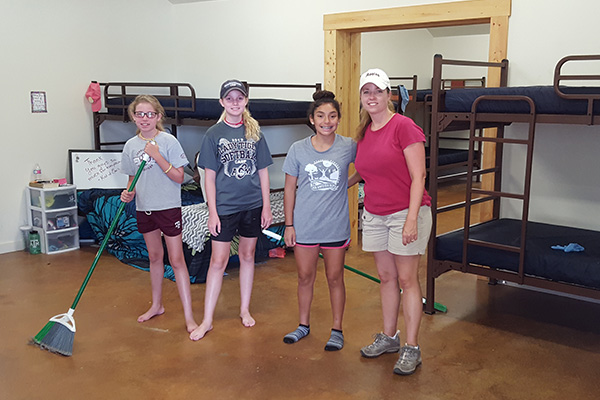 We’ve said it before, but it’s worth saying again: The outpouring of love and support from the entire FC community during the hardest time in the history of this ministry was overwhelming. I read every single comment left on a post, video, or news article regarding the tragedy, and out of the hundreds of comments there was not a single negative comment. Not a single one. That is practically unheard of in today’s hyper critical world, and speaks volumes about the impact God has had in countless people’s lives through Frontier Camp over the last 47 years. Add in the numerous encouraging emails, phone calls, untold prayer support, and the volunteers who came out to help serve, and you can see how the Frontier Camp family shone through in the midst of grief. Frontier Camp truly is a special place and we are beyond blessed to be a part of the work God is doing here. 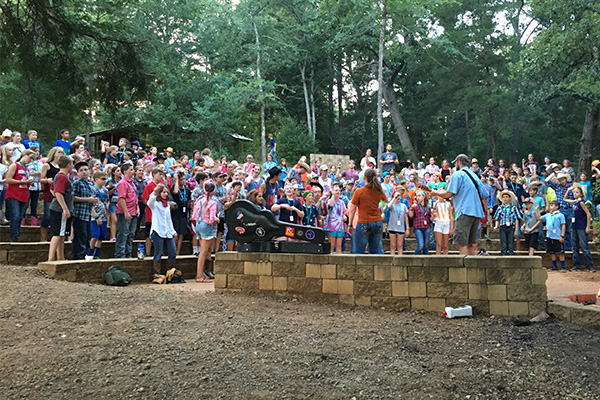 Every parent who leaves their child in our care for a week of camp places a great deal of trust in us, but the parents who chose to trust us in the hardest of times during week 7 and those who opted to still send their campers the following weeks hold a special place. Many of these parents told us that camp week was the best week of camp their camper had ever had, which helped remind us all that camp is really about campers learning and growing in their faith, and everything else is second. 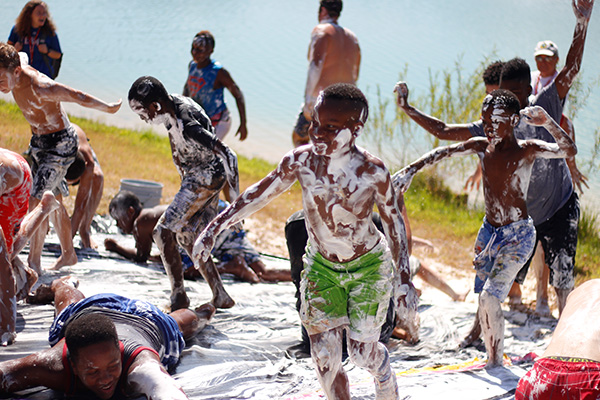 We hosted our first Timothy Week, a camp week for campers without a father. Similar to Angel Tree Week, this special camp week strives to break the repeating cycle in fatherless kids’ lives and gives them a place to hear about their Heavenly Father and His love for them. Our first Timothy Week had 58 campers and was a great success! 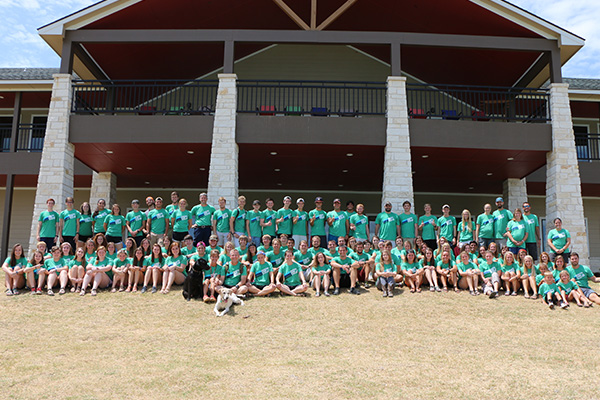 We can’t think of a better group of high-school and college-aged young adults to have undergone the joys and trials of summer 2016. To show our appreciation for how exceptionally they handled the circumstances of the summer, we elected to award the annual Heart Award to the 2016 summer staff as a whole, rather than a few individuals. They truly exemplified that it’s not the stuff that makes Frontier Camp great, but the staff!

We held our 4th annual Shoot for Scholarships Clay Shoot at the American Shooting Centers in Houston in October. We raised over $15,000 dollars for our scholarship program, which will allow campers with financial hardships to experience the changing power of Christ through camp next summer!

From the high moments to the times of uncertainty and everything in between, 2016 was a year we will never forget. We are thankful for God’s provision, guidance, and grace through it all. Join with us in celebrating the over 300 camper salvations and decisions from last summer and in looking ahead to how God will use Frontier Camp in 2017. Frontier Camp’s purpose is to make disciples of Jesus by sharing God’s word in His creation, and God is far from through with us yet. Stay tuned for new developments in what’s to come and what we’re already planning for summer 2017!