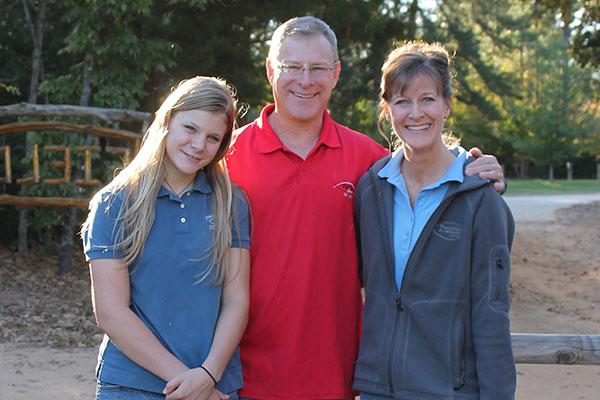 Frontier Camp looked very different when Hans Meinardus first set foot on the property back in 1974. He came as a camper that summer, before, in later years, serving as a Counselor and the Program Director. After serving in the Corps of Cadets and graduating from Texas A&M with undergraduate and graduate degrees in Geology, Hans then spent 15 years working in the field of hydrogeology before God called him to his real job as Summer Camp Director here at FC in ‘04. In that role, he oversees the summer camp program, where he still regularly  plays with rocks and fossils as he teaches campers about God’s creation. Often the first one to jump in to a skit, Hans (aka Uncle Wolfie…aka Dudley…aka Old Timer…) goes by almost as many names as there have been Reveilles at A&M (you’ll have to ask him how many that is, as he was Reveille’s handler while at TAMU!) Hans and his wife, Autumn, live right behind the rodeo arena and have three children: Natalyn, Konrad and Edie. 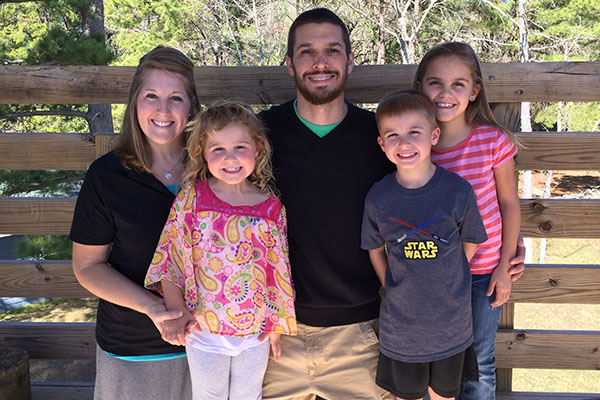 Matt first came to camp in ‘01 as a Senior Counselor, and Liz grew up as an FC camper before joining the summer staff as a teenager. But between the two of them, they have done just about every job at camp over the years! Matt, who has a Bachelor of Science from Tarleton State, is the Teen Camp Director, where he oversees the programming and day-to-day running of the Teen Camp. Known for his love of super-heroes, action movies and wakeboarding, Matt also directs our waterfront program—ask him about our cable lake! Liz, who has a Bachelor’s degree from Baylor, heads up the Recharge program, a mail-based outreach program for campers, in addition to being a full-time mom. Another “camp couple” who met while serving on summer staff, Matt and Liz also make their home across the road from camp with their five children, Emily, Brandon, Sarah, Owen, and Jack. 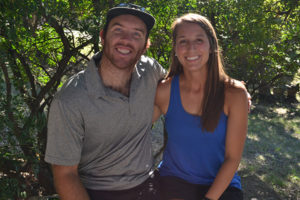 Dusty grew up as a “camp kid” at another Texas camp, but first came to FC in ’06 as a JC. He met his wife Sarah two years later when she joined him on summer staff in ’08. After graduating from the College of Biblical Studies and Texas A&M respectively, Dusty worked on staff at a church and Sarah worked as an elementary school teacher before they followed God’s call to Florida where they operated a ministry-minded waterfront recreational facility. They returned to Texas and Frontier Camp in the summer of 2017 when Dusty began work as the Summer Staff Director. In that role he oversees the hiring, mentoring, discipleship, and oversight of our high-school and college-aged summer staff. Sarah joined the full-time staff in January of 2018 as the Assistant Junior Camp Director. Dusty and Sarah live on camp property and are enjoying serving at Frontier Camp together. 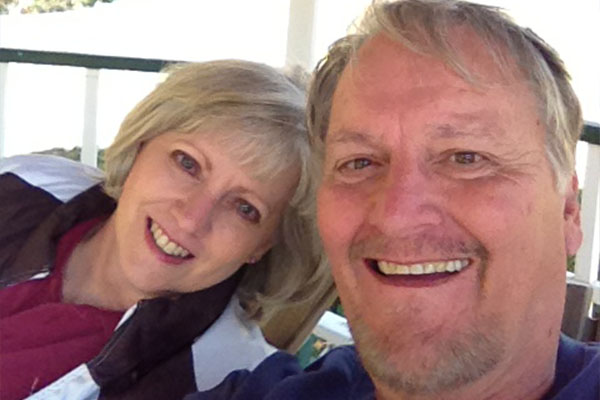 Nicknamed the “Camp Brain” (after our old camper registration software), Bonnie really is the brain that keeps camp running. Bonnie joined the full time staff as the Office Manager in March 2002, after she and her husband, James, moved to Grapeland from the Fort Worth area, where she had spent 20 years in the banking industry. For more than a decade now, Bonnie has kept camp running as she handles camper registrations, secretarial and administrative duties and keeps the rest of us on track. She also believes ADD is contagious, because she didn’t have it before coming to work with the guys here! Bonnie and James live outside of Grapeland and have four grown children and ten grandchildren. 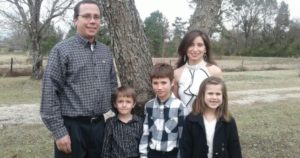 Marcus has been repairing machinery since 1999 and graduated from Texas A&M with a degree in agricultural engineering in 2003. He worked for John Deere as a field technician testing experimental hay equipment and self-propelled sprayers, which allowed him to travel to most of the US as well as Canada and Australia! Marcus joined FC’s full-time staff in February 2019 as our Maintenance Director, and he ensures everything at camp is working like it should. Marcus is thankful for the opportunity to apply his machinery skills while serving the Lord here at camp. He and his wife Faith live nearby camp with their three children: Nate, Leah, and Triston. 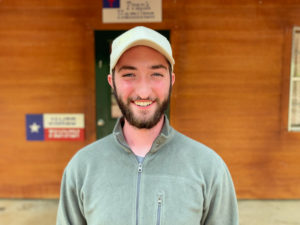 Taylor first came to camp in 2017 as a Senior Counselor at a friend’s recommendation for summer work. God used that summer to ignite in him a passion for camp ministry, combining his love of the outdoors, adventure, and youth ministry. He completed his EMT-B and WEMT through the National Outdoor Leadership School in Wyoming before coming back to Frontier Camp for the summer of ’18 to serve as Adventure Challenge Manager. Although Taylor originally had other plans, God clearly directed his path to continue working at camp, first as an intern during the fall of 2018 and then starting on full-time staff in January 2019 as our Retreats Coordinator. Taylor works with our rental groups and spends his time coordinating and hosting retreats for ministries, churches, and parachurch organizations that come to Frontier Camp. Taylor is excited to see what else is in store as he lives and serves here at camp! 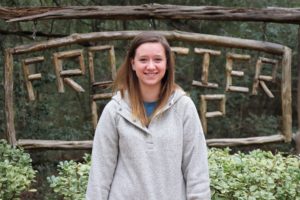 Ashley has a long family history with Frontier Camp, as her parents met at FC when they were summer staffers in the 80’s! Ashley started attending camp as a camper in 2004 and she continued to come annually until she was old enough to join our summer staff, where she served for many years.  After attending and graduating from a small Bible Institute in Wyoming, God called Ashley back to Frontier Camp’s summer ministry as our Work Crew Leader in 2018. After the summer ended, Ashley stuck around as an intern, and she joined our full-time staff in January 2019 as the Assistant Summer Staff Director. Ashley works with Dusty to hire, mentor, and oversee our summer staff. 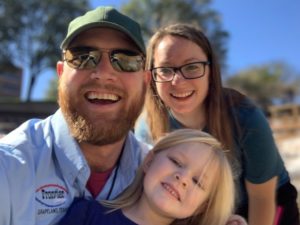 It took Kelly just one summer at FC for him to learn that he wanted to work in camping ministry full time. After his summer in 2011 as a Senior Counselor, Kelly went to work at a camp in southern Wisconsin where he met Haley. Shortly after getting to know each other, Kelly and Haley felt the Lord’s direction to pursue marriage and to work as full-time staff at a Christian camp in Southern California. After several years and several camps across the country, the Lord brought Kelly to return to FC in February 2019 where he now serves as Marketing and Technology and Assistant Junior Camp Director. Kelly and Haley, and their children (Shawna and Peter) enjoy getting outdoors and exploring the magnificent creation of our Lord. 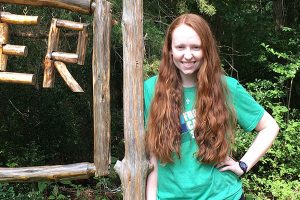 When Hannah first came to Frontier Camp in ’09 she didn’t expect anything big to come out of her 3-week Work Crew experience. However, she quickly fell in love with FC and everything the Lord was doing here, and has worked every summer since as a member of the camp family she never expected to love or feel such a part of. Hannah graduated from Texas A&M in 2014 and taught 8th grade math for 2 years, yet even while working in her “real” job during the school year, Hannah continued to work at camp during the summers and couldn’t shake the feeling she belonged here rather than in a classroom. The Lord did call her to full-time camp ministry and she joined the staff as Registrar in June of 2016. She now calls camp home and oversees all registrations, manages camp correspondence, and is likely the friendly and helpful voice you’ll hear when you call the camp office.

Smiles are a staple at camp - from summer camp to

Sign up or tell a friend about our #FatherSonWeeke

The Lord is my strength and my defense; He has bec