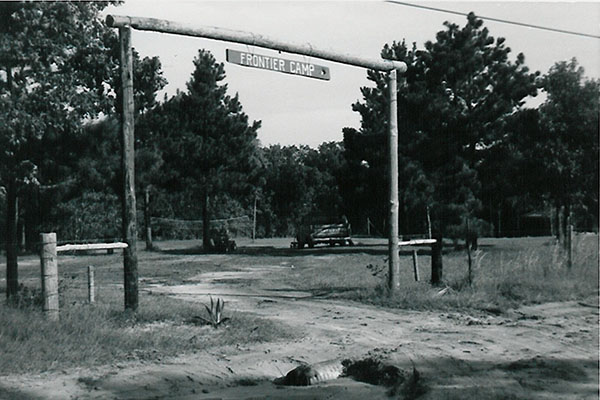 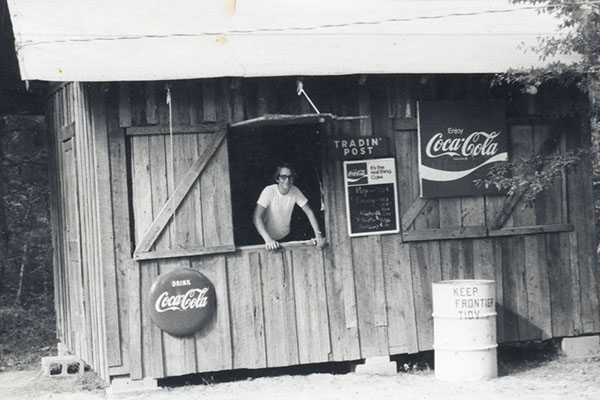 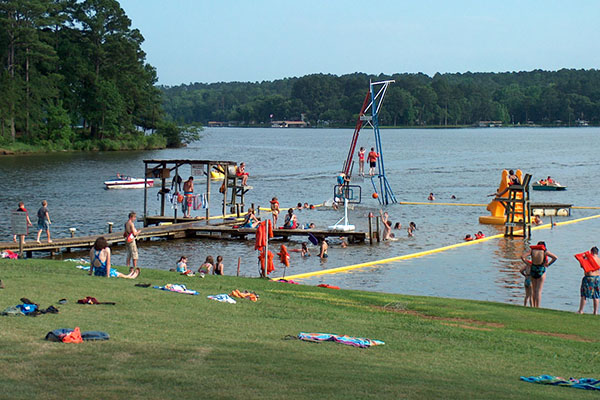 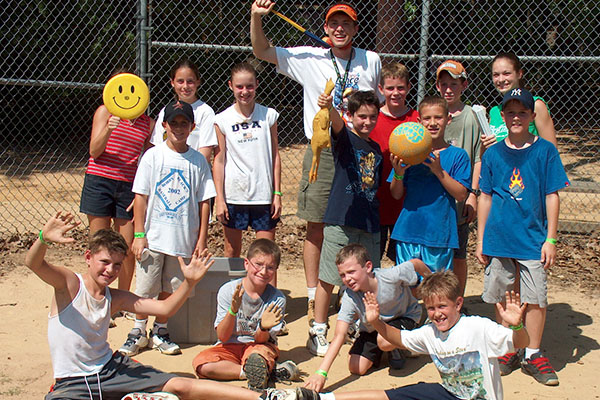 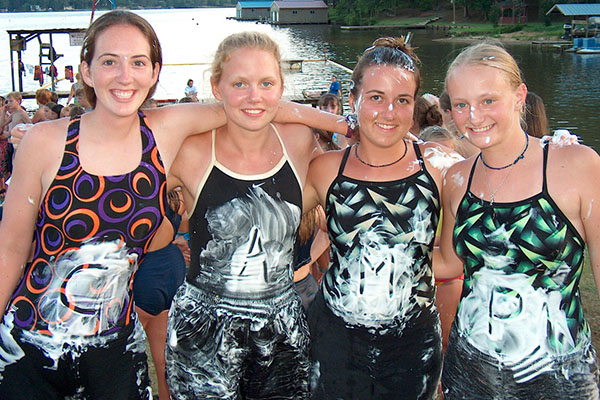 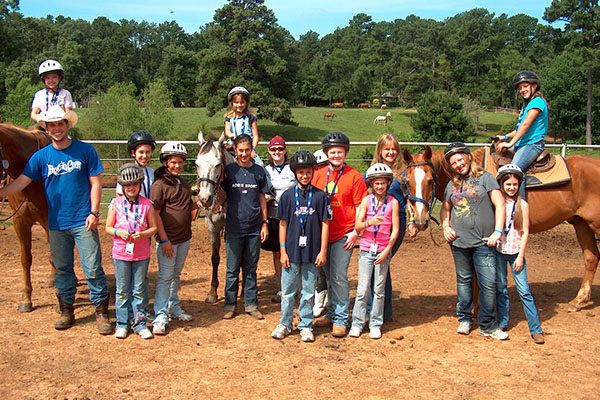 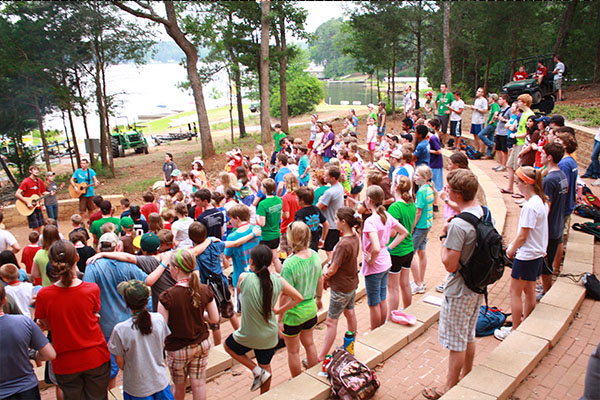 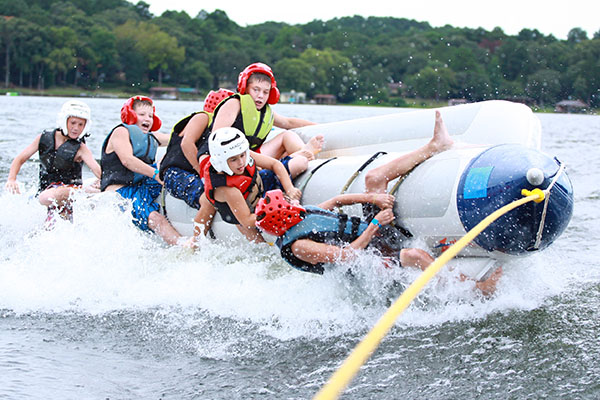 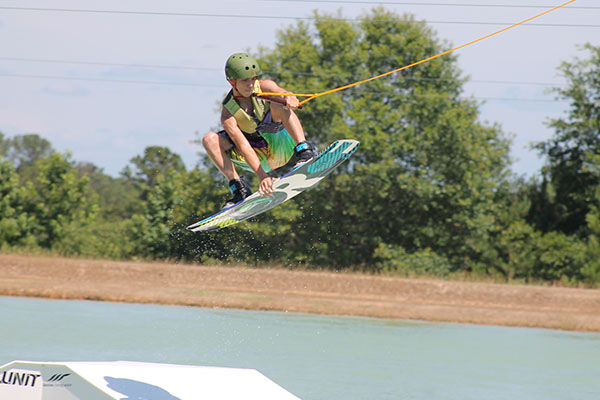 Frontier Camp was chartered in 1969 by a group of Christian men who wanted a place they could take boys camping and teach them about the Lord. Over the years the focus shifted to one week resident camps and non-summer retreats for churches. Our first resident camp was conducted in 1973 and we haven’t looked back since!

Not even a full decade after that first camp, the previously empty land was filling up with cabins, buildings and activity areas and there were over 500 campers per summer! And while buildings were going up all over camp, ski boats started showing up on the lake! Waterskiing became a primary recreational focus with the addition of several Ski Nautique boats to the program and has only grown from there. Unfortunately, camp endured a setback in early 1982, when the dining hall burned down. Camp food service continued to operate out of two large army tents erected where the craft building is located now, and by June of that year, the present dining hall/conference room was ready for use!

By the early 90s Frontier Camp had grown to 6 weeks of camp a summer, serving over 600 campers, and was in need of some more space. Within a few years of each other the two duplex cabins were built, along with the infirmary, the outdoor gym and the “TP” trading post. Several FC traditions were in place by this time including the shaving cream slide, the camper rodeo, and the Friday night banquet!

Camp continued to grow and by the end of the decade had added a ropes course and wakeboarding as an activity. In 1999 we celebrated our 30th anniversary with friends out at camp as we looked forward to what the new century would bring us. It brought lots of new campers, new ministries and some great new additions to camp. We built the chapel, re-built the boy’s cabins, bought 27 acres of land, doubled our camper enrollment and doubled our staff!

At the end of the summer in 2004 we conducted our first Angel Tree Camp for children of prisoners at Prison Fellowship Ministry’s Carol S. Vance Unit in Sugar Land. It was a challenging, yet rewarding, week, as we ministered to this different demographic, and Angel Tree Camp is now a permanent part of our summer and a treasured week our staff look forward to every year.

In 2007 God took us on an even greater adventure—to Haiti! We’d said for years that all we needed for camp was a ball, a rubber chicken and some great staff, and we tried our theory out in Haiti on an empty plot of ground. The camp was named Jacob’s Well and is, to our knowledge, the only Christian summer camp in Haiti. Frontier Camp has sent at least one team a year since that first trip and Jacob’s Well now has cabins, running water, electricity, and established activity areas! The Jacob’s Well ministry has also expanded to establish a local church, village school, and a Christian radio and TV station.

Meanwhile at Frontier Camp, an ever increasing number of teen campers on the waiting list led to the addition of a fourth teen week in 2012 and the dream to build a separate teen camp facility. That dream became a reality with the digging of a cable lake in the middle of what had been known as the “New Land” or the “North Pasture” and was now rechristened “Fossil Creek.”

The cable lake was ready for camper use by the summer of 2013, while construction began on the four new teen camper cabins. Inclement weather delayed the start of the Quarry lodge until the end of 2013 with teen campers already enrolled for summer 2014. With the help of a lot of prayer, long work days, and volunteers, the Quarry was ready for campers in time for Week 1 of the summer and has proven a wonderful meeting place for the teens.

Frontier Camp now runs both Junior and Teen camp programs simultaneously, allowing over 250 campers to attend each week and providing room for more than 2000 campers over nine weeks of summer to experience camp and hear the Gospel. A lot has changed over the years, but one thing has always stayed the same: Frontier Camp is all about great staff teaching truth from God’s word to kids in God’s creation. And while some activities and traditions have gone away over the years (counselor hunt anyone?) we’ve kept the best of the best and are always adding new ways to have fun and learn about the Lord!