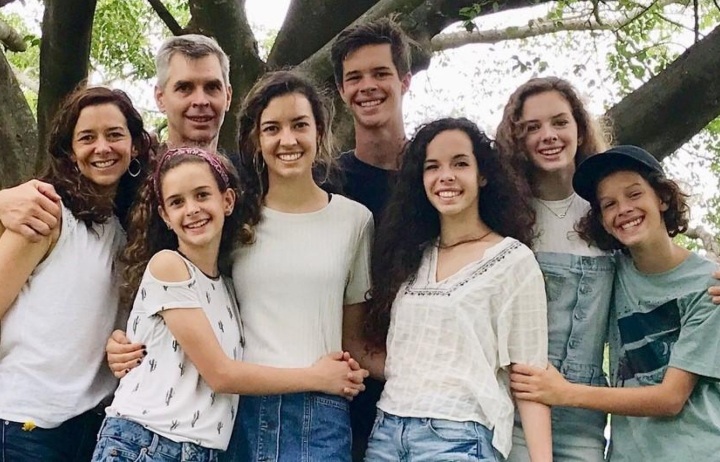 By Matt RainesAugust 2, 2019No Comments

The Language of Jesus’ Love

Frontier Camp is its own mission field.

While offering sports, activities, fellowship and friendship, the purpose of the camp is to share the gospel of Jesus Christ with youth and empower those young people to go forth and spread the message to others.

Greg Greenlaw’s relationship with Frontier Camp started when he was 8 years old.  To him it was the perfect place to gain experience in ministry. “Camp was the highlight of my summers for most of my childhood,” he said.

A young woman named Heidi Crank also grew up going to Frontier Camp.  She later served on staff, as did Greg, but never at the same time.

“Ours was not a camp romance, but when [then-director] Wes Woodard found out that I was corresponding with Heidi from Papua New Guinea, he mailed me a very complimentary letter, so FC gets some credit in our love story,” Greg said.  He married Heidi and joined her in serving the Lord in PNG.

Greg felt led to become a missionary even when he was a child, hearing stories from Frontier Camp Nurse, Estella Brown.  Mrs. Brown had taken care of lepers in Nigeria as a missionary for four decades. (Editor’s note:  Volume 12 of Friday Stories for Frontier’s 50th was a video of Mrs. Brown being interviewed by FC Director, Matt Raines.)

“She told stories from Africa around the campfire.  It didn’t take long to realize that such a bold career choice was not just rewarding in the next world, but in this one as well,” Greg said. “Her memories were precious to her; she genuinely missed the place. I had no idea you could live in America and miss Africa, but you most certainly can.”

Greg also was inspired by former FC director, Wes Woodard.  Wes spent decades ensuring that Frontier Camp was a place of Christian growth not only for campers, but for the young staff members.

“He and I spent one afternoon walking around the campground together picking up trash and talking about Jesus,” Greenlaw recalled. “He always had Jesus on his mind.  And it seemed to me that he knew how to trust God for the needs of the camp while also being diligent and disciplined in the task.  I learned a good work ethic from my father.  But it was Wes who modeled for me what a ministry work ethic looked like.  And this example has been very helpful on the mission field.”

And now Greg and Heidi Greenlaw have devoted many years of their lives to serving others in PNG, a diverse country with over 800 tribal languages.

“Heidi and I came to Papua New Guinea because it is home to some of the most linguistically cut off, unreached people groups left in the world,” Greg said. “We wanted to take the gospel to a people that had never had an opportunity to hear it before. For us that place happened to be Nakui. We, along with our coworkers, the Askew family, lived with them for 15 years.  That time was spent translating the scriptures, discipling believers and planting a church. We moved out of Nakui in 2010.  We now serve as shepherds to the other missionaries on our field – a team of 370 tribal church planters and support missionaries working together to reach the ends of the earth.”

A seed that was planted at a Christian camp made way for a life of spreading the gospel on a much larger scale.

“It’s a great life, and there is room for more,” Greg said. “I just returned from a survey trip that had us within five miles of the Indonesian border. We rubbed shoulders with two overlooked language groups.  With tiny populations under 500 people, both are begging us to send missionaries who will learn their language, translate the Bible and instruct them in the way of the Lord.”

Greg selected Romans 10:14-15 to summarize what Frontier Camp means to him.

“… How can they believe in the one of whom they have not heard? And how will they hear without a preacher? How can they preach unless they are sent?…”