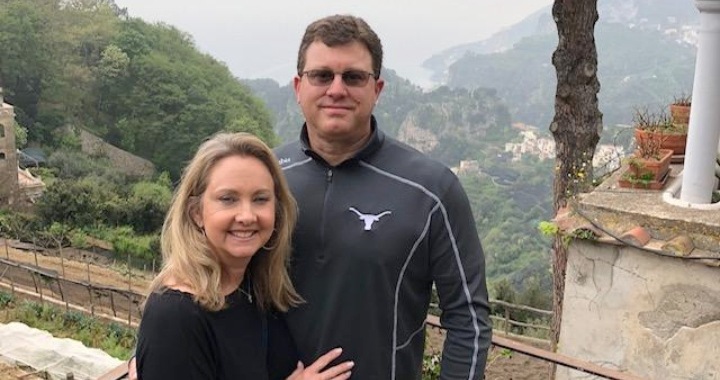 By Matt RainesAugust 23, 2019No Comments

Several years ago, in 2012, a group of well-respected men sat around a table at a Christian youth camp in East Texas. They were at a crossroads, trying to decide the next move in expanding the camp while funds were limited.  “There was a key moment in a board meeting when the main lake was way down and even though we had barely begun fundraising [to purchase the land] for Fossil Creek, we were considering abandoning the plan to have all funds in hand before building,” recalled Executive Director Matt Raines.  The group was leaning toward building a lake with just the funds they had on hand in case Houston County Lake was too low for campers to swim.

Corey Grindal, who was by far the youngest board member in the room at that time, spoke up. “I think the way it came out was I just stood up and asked all of them who had really prayed about it,” Corey said. “Then I asked them what the Lord was really telling them about why we shouldn’t [buy the land]. I said, ‘If we’re serious about this, we should get our knees and corporately pray about it as a group.’”

And that’s what they did. “We prayed about it all afternoon,” he said. Corey later pointed out that “there are no maverick molecules. Even the smallest piece of an atom or a molecule is not outside God’s control,” Corey said. “I told Matt not to worry about where the money was going to come from.”

The land was purchased and Fossil Creek Teen Camp came to life. “The low lake level was no accident,” Matt said. “God used that to get us moving on the project. And then just before the summer He also gave us an 11-inch rain that filled the big lake and the new lake. There are no maverick molecules.”

Corey and his wife Dana donated funds to ensure the new lake would be ready for summer.  It now bears the name Lake Maverick. “Following the Lord is always a blessing,” Corey said. “Being able to pray about something and seeing a bunch of men step out in faith was a whole lot of fun to see.”

But long before that fateful board meeting, Corey and his family had seen the influence of the Lord through camp.  He and his three siblings were campers at Frontier Camp and most of them later worked there. Corey has many fond memories, including the nightly campfire.

“We would sing that song, ‘There’s a Fire on the Mountain Tonight.’ There was a hill that had a bunch of bleachers on it, and we would have a fire going in the middle of the bleachers,” Corey recalled. “It was the highest point on the lake, and you could see the reflection of the fire on the lake. I thought that’s what we were singing about.” When asked if he was a believer at the time, he pauses. “That’s a good question,” he says. “If I was, I wasn’t taking it very seriously.”

Corey did later take his faith very seriously. He and his wife Dana had three children and wanted them to grow up knowing the Lord.  One Sunday, Corey and Dana ran into Matt Raines, who was recruiting campers at their church, Bethel Church in Houston. “We wanted our kids to go to a Christian camp,” Corey said. “I’m a little bit older than Matt but I remembered him from before.”

When their kids were old enough, the Grindals sent Christian, Cami and Colton to camp. All three attended for many years, and then worked there as well.

“As I got re-engaged with Frontier Camp, we started going to family camp, mother-daughter retreats and father-son retreats,” Corey said. “I developed a relationship with Matt, Hans [Meinardus] and Matt Henderson. Our kids loved it there.”

The kids found it to be a special place for them like their dad before them. Christian was so close to camp that he selected Matt Raines to perform his wedding ceremony. Corey served on the board for about 10 years. Dana attended many mother-daughter retreats and was asked to be the guest speaker at one. She also held a prayer retreat at FC’s Fort Knox and several family camps for their church group.

“It is such a special, beautiful place for us to grow as a family,” Dana said. “There’s just something about camp. I didn’t have camp when I was growing up, so I really didn’t know what to look for,” she said. “I was apprehensive about sending our kids away initially, but I have seen Frontier Camp as an amazing place for them to grow and walk out who God created them to be. Camp takes discipleship with their staff very seriously. Because of the training our kids received as staffers, they have the ability to disciple, lead, share their testimony, and teach from the Bible with confidence. They’re more comfortable with those things than either of us were at their age.”

Camp offers “a beautiful, safe environment to discover who you are in Christ and have the freedom to be that person,” Dana added. “It’s been a really amazing experience for all of us,” she said.

The Grindals, who did this interview from Germany while attending a board meeting for the Greater Europe Mission organization, have set a strong example for their children about serving Christ. Their youngest son, Colton, is working at Frontier Camp this summer as a healthcare assistant and plans to attend medical school in the future. Colton and Hans have spent many hours talking about science and the Bible and the young man is well-versed to speak on the subject.

“It’s been fun to see the next generation take such an interest in Frontier Camp,” Corey said. “More rewarding than anything is to have your whole family circle around something that is so high-quality in terms of people and its mission. They claim it as their own rather than something Mom and Dad did.”

Each member of the family has found their own niche, and while they are quick to credit FC with being a place of unity, the camp also counts itself grateful for the Grindals’ contributions.

And maybe, just maybe, that’s because there are no maverick molecules. 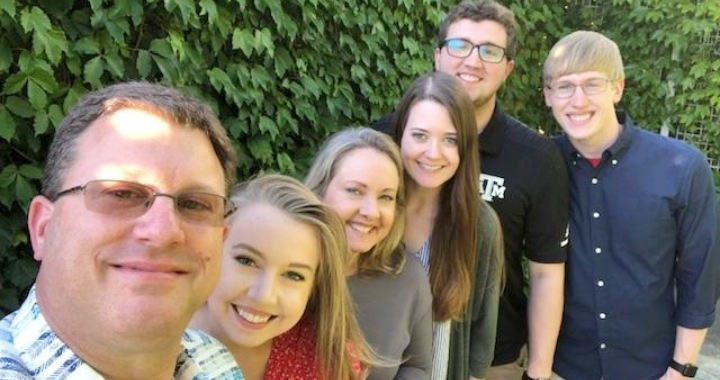