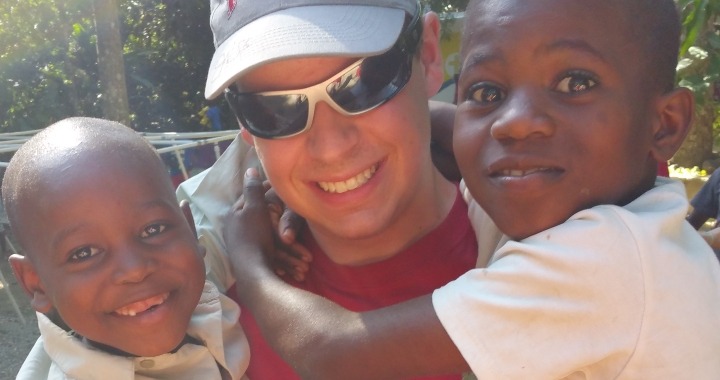 By Matt RainesAugust 30, 2019No Comments

Children shriek with laughter and excitement as they play.  Here, a ring of duck-duck-goose.  There, a hand clapping game.  Behind them, teams race across the soccer field and cheers break out as one team scores.  Others take turns at the archery or riflery range.  Or they enjoy longtime camp favorites such as “Steal the Bacon,” Crafts, and Pitball.  Everywhere you look, there are children having fun in the beauty of God’s creation.  They are well fed with delicious food from a bustling kitchen, and they are learning from God’s Word throughout the day.  Time periods during the day are dedicated to memorizing Bible verses, worshiping through singing, and watching Bible Drama.

All in all, it looks like a typical day at Frontier Camp, with an abundance of “Faith, Fun, Friends, and Food” to go around!  But if you listen closely, you will soon realize that the voices rising in laughter, singing, and chanting verses as they go from activity to activity are speaking Haitian Creole instead of English.

The camp described here is actually Frontier Camp’s international partner, Jacob’s Well.  It is located on the north coast of Haiti, in the village of Ti Guinea.  Although the words spoken at Jacob’s Well sound different than the ones spoken at Frontier Camp, the truths shared are the same.  Camp, whether at home or abroad, has always been about showing Christ’s love in action.

But how did it all come about?  How did a camp in East Texas wind up partnering with a camp in Haiti?

It all started when…

In 2007, after planting churches in their home country of Haiti for ten years, Gersan and Betty Valcin (then parents of FC campers) purchased a plot of land.  Their vision for this land was to start a youth camp.  Around the same time, Frontier Camp’s Executive Director, Matt Raines, and Summer Camp Director, Hans Meinardus, began to explore the concept of International Christian Camping.  The purpose was two-fold: 1) to continue their mission of evangelism and discipleship through their area of gifting which is camping,  and 2) to provide a unique opportunity to minister to and grow their summer staff by enabling them to do so alongside believers from another culture through an annual trip.

There are few things more beautiful and exciting than watching the Lord bring people and ideas together.  Frontier Camp soon became one of several ministry partners to team up with the Valcins and their vision for the plot of land that would eventually become Jacob’s Well.

When the first FC team of full- and part-time staff traveled to Jacob’s Well, that’s all it was: a plot of land.  But they soon learned it doesn’t take anything more than space to play in, some soccer balls (and a rubber chicken or two), and some people who are excited to share God’s love for kids to hear the Gospel and have an awesome time too.  Since that first trip, each team has helped the Haitian staff run a day camp for 100-200 campers.  The camp consists of craft projects, activity rotations, Bible Drama, with both small group and large group teaching times, and of course, delicious meals.

Recent teams have expanded their reach by taking camp mobile.  They travel to churches in nearby towns to run a similar VBS-style program for another 100-200 campers.  This helps to inspire local churches to consider new ways of reaching the children outside their direct communities.

From the beginning, FC and the Valcins shared the desire that the short term teams would have a supporting role in the ministry of Jacob’s Well.  The goal was to train mature Haitian believers as program leaders to run the camp, counselors to teach and train the kids, and activity leaders to guide the children safely through all of their activities.  Because of this, many of the early trip participants spent a significant portion of their time focused on staff training and development.  Over the years, it has been so exciting to see the Haitian leaders step up to take ownership of the program, while our FC staff take a step into the background to encourage them as they lead.

It is now twelve years later and the Valcin’s vision for the ministry at Jacob’s Well has grown exponentially.  The Lord has provided many new opportunities, including community development through partnerships with other ministries such as Food for the Poor, which provides new housing for families in the village.  Other ministry outreaches have been the establishment and growth of a local church, the development of a Christian radio station that broadcasts music and Pastor Gersan’s sermons, and a Kid’s Club hosted once a week by the camp leadership to provide the children with a Bible lesson, game time, and worship in singing.

On the first morning of camp during my latest trip, I watched the kids lining up outside the gate.  Smith, one of the program directors, was checking them in, one by one.  Seeing those excited faces and craning heads peering through the gate, I couldn’t help smiling. I remembered the story the Valcins had shared with me:  Smith’s story.  Not so long ago, he was one of those children eagerly lining up to attend camp for the first time!  There, he heard the Gospel preached.  Eventually, he came back to serve on staff.  Then he stepped up into his current role of training new leaders and leading the teaching times.  He is also being mentored and trained by Gersan to shepherd the local church as their pastor.

Smith’s story is such a beautiful reminder that lives have been, and continue to be, transformed by the Gospel on that plot of land.  Many Frontier Camp summer staffers have likewise been forever changed on the annual team trip.  Reflecting on his time in Haiti, trip member Isaac Pearson said, “The most amazing thing to me was worshiping alongside my brothers and sisters of a different nation and language.  I remember singing ‘Wonderful, Merciful Savior’ and just being overwhelmed as I sang it in English but I heard it also in Creole.”

This experience of worshiping as a part of the global church has had a profound impact on many team members.  It is often their first glimpse of what it might look and sound like when people from every tribe, every tongue, and every nation praise the Lord together.

As Karis Smith, another trip member put it, “…going to Haiti gave me a little glimpse of heaven.  We were riding back with our team and the Haitian staff from our day at the beach and we started singing to the Lord together, us in English and the Haitian staff in creole.  Same song, but different languages.  I was reminded that one day, we will all get to praise the Lord together and will be able to understand one another.  What a day it will be!  We will see Jesus and get to freely communicate without a language barrier.  Even though we have different cultures and backgrounds, we are unified under Christ.  We are all the same – sinners saved by His grace and given mercy where none was deserved.  Haiti gave me an understanding of how big God is and how He isn’t just isolated to us in our little world in the States.  And I think this is something most of us know, but when you actually see it with your own eyes, it becomes a heart knowledge instead of a head knowledge.”

That “heart knowledge” has led many Frontier Camp summer staffers to return to Jacob’s Well again and again.  They often continue to go or support team trips long after they have moved on from serving at FC.  Meanwhile, the work of the Lord at Jacob’s Well and in the village of Ti Guinea continues.

If you are excited by these stories, I encourage you to consider supporting Jacob’s Well.  Help send a child to camp when Frontier Camp’s 14th team flies down to Haiti in January.  Every child who attends camp enjoys a delicious meal, experiences fun activities, and most importantly, hears the Gospel taught and sees it lived out.  All costs are covered by donations from churches, organizations, and individuals who are excited about the opportunity for evangelism and discipleship that camp provides.  I also invite you to join us in prayer today for the Valcins, the staff of Jacob’s Well, and for the FC team that will serve on the upcoming trip. 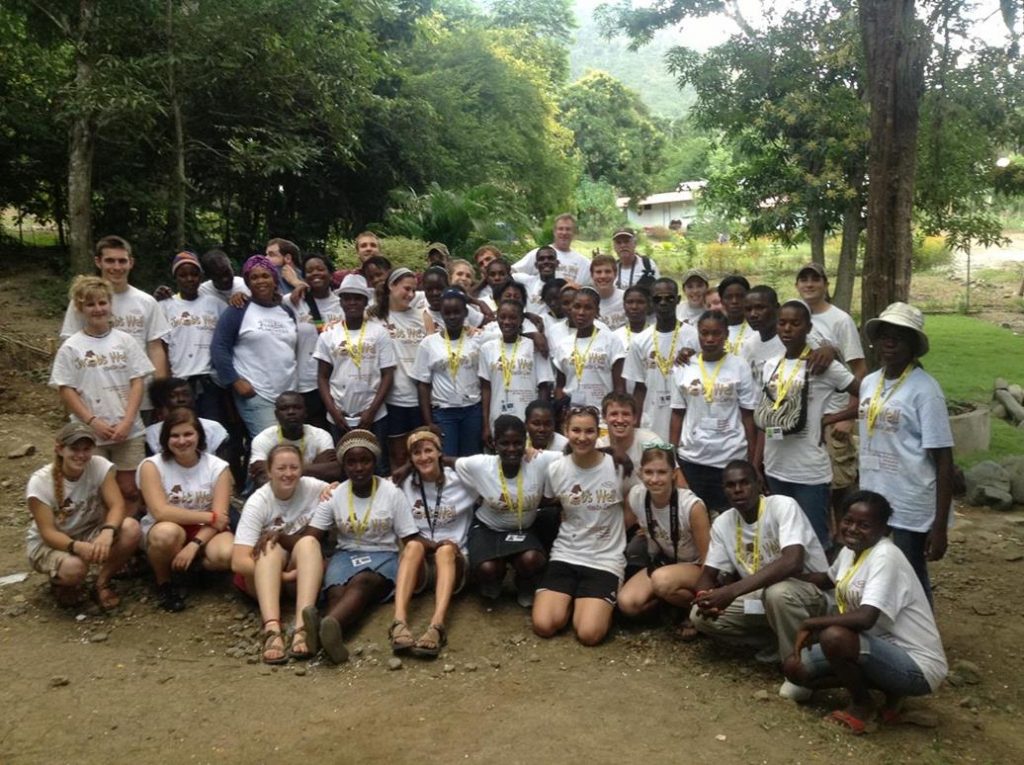