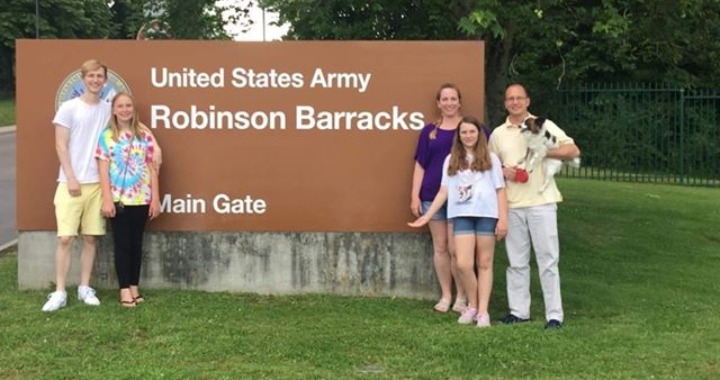 By Matt RainesSeptember 20, 2019No Comments

Serving in the Lord’s Army

Frontier Camp fishing instructor, Aaron Brown, made a deal with the future anglers in his class. “I told the kids I would eat a worm at the end of the week if they behaved and didn’t complain,” he recalled. “Amazingly, each week I ended up eating a worm. I still laugh at remembering the faces and responses – a mixture of delight and surprise – when I ate the worm.”

Aaron was invited to apply to work at camp by a buddy in the Texas A&M University Corps of Cadets. He spent two summers as a senior counselor.  He also drove a ski boat and a water weenie boat and taught kids how to fish.

“I didn’t want to leave both times I worked there,” he said. “Frontier Camp is a unique place surrounded by God-fearing Christians that want to serve Him and honor Him. It is a place I often talk with my children about. If I can work out the timing and finances, I intend to send them there for a summer camp before the last two graduate high school.”

Almost 20 years after those summers at camp, Aaron still remembers the campers. “I can’t remember any kid that I didn’t miss [when they left],” he said. “One time, a young girl – I think she was 9 or 10 – would not leave until she found me and gave me a hug. It made everything I did well worth my summer. I knew at that time the Lord was using me to make a difference in kids’ lives.”

This young man took those memories with him as he joined the U.S. Army and later served in Afghanistan. “My faith has given me peace during times of turmoil.” Aaron said.  He recalled a time when he served as a company commander. “During my first deployment to Afghanistan, I remember being called a good luck charm by my subordinates. I went on a lot of combat patrols with my soldiers and we did see our share of enemy action.  During each of those events, though, each of my soldiers came back intact with just minor injuries. People said it seemed like there was a layer of protection when I went with my troops rather than staying back at the base. I didn’t really catch those comments until the end of my deployment.  But apparently that was the sentiment throughout the deployment. I saw it then and still see it as God’s hand of protection over my life and those that were under my command during our deployment.”

“I know God has always had a place for my family and me at each of our duty locations,” Aaron continued. “While I have waffled at times with my own emotions, God always places us in the right house and the neighborhood with the right church and friends. His provision is amazing. Even when He has seemed far away, He has always been working on my behalf behind the scenes.”

Back during his Frontier Camp days, Aaron recalls a time when one of his campers was struggling with emotional issues.  That camper slipped away from his counselors and peer group. Aaron found him not too far from the cabin and talked with the young man. “I told him God loved him and he had nothing to worry about,” Aaron said. “After that conversation, his demeanor changed and we had a good evening.”

Many who have worked at camp point out that a significant impact is often made on a child or a staff member and not realized until years later. Aaron says he was at peace while working at camp because “I knew God had me right where He wanted me.”

As a major in the Army for 16 years, he has moved seven times and has been deployed four. Over those 16 years, he calculates that he’s spent a total of up to six years away from home in training or overseas. He was in charge of providing logistics support to more than 1,200 special operations forces (Army, Navy, Marines, Air Force) across 23 disparate African countries. It wasn’t exciting, he says, but it was a job he enjoyed.

“I have always relied on God for my provision, my family’s provision and our protection. He has always come through and although I have wavered, He hasn’t,” Aaron said. “Frontier Camp helped lay that foundation and I am eternally grateful for the time I worked at camp.”

During his time at Frontier Camp, Aaron, like hundreds of other campers and counselors, made lifelong friends. “I gained a deep sense of appreciation for Christian camps in general, a place I consider a home away from home and a deep sense of the importance of investing in people’s lives, especially when they are younger,” he said. “After seeing the depravity of the Islamic faith in young people’s lives in Iraq and Afghanistan, I am absolutely convinced we must reach young people. Without that intervention, it is likely those individuals won’t be reached and will most likely be lost forever. I saw it in Asia and the Middle East. That is the primary reason I give to Frontier Camp.”