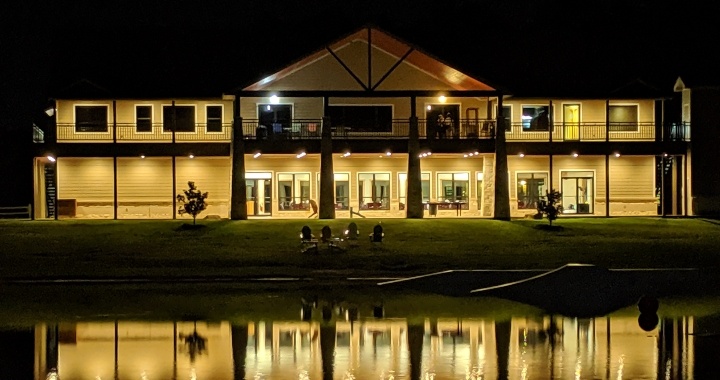 By Matt RainesOctober 11, 2019No Comments

The Genesis of Fossil Creek at Frontier Camp

“I don’t care if you have to build another cabin or hire another counselor, but do something.”  This statement in a wonderful letter we received in 2010 from 12-year-old Ashley Bannwart was just the spark we needed to get a fire under us to build a second camp. She further informed me that she and her friend, Victoria, were numbers 9 and 10 on our wait list for a certain week of summer camp and also added that her twin brother was already signed up and going with his friends. Ashley stated, “I’m just afraid that when they come back and he brags all about it, I will feel horrible that I wasn’t there too. I think you should listen to how much everyone on your waiting lists want to go and do something about it because, like me, I’m sure they want to go just as bad.”

Back in 2010 and before, wait lists formed for almost every one of our summer camp sessions. Ashley’s letter, which I still have, made the names and numbers on those lists very personal. I shared her letter with the staff and Board of Directors.  Later that fall, we got very serious about building a second facility. In short, we were finally ready to take Ashley’s advice and “do something”!

After looking at various options, it became clear that to build a new camp on our existing property made the most sense for sharing amenities including maintenance and food service. A lakeside camp for teens was drawn up on paper.  However we quickly realized to add more boats to our program would crowd the 1,600 acre Houston County Lake. The “new land” was another possible location. Back in the year 2000, the camp had purchased 26 acres on the northern boundary of the property with only a vague idea of what to do with it in the future. We pastured horses, took hay rides, did trap shooting with teen campers and retreat groups, and hunted for fossils in a creek on this land.

It was obvious that any new camp, junior or teen, would need water recreation if it was to be part of Frontier Camp. Would we build a pool? A pond? What would we do on that pond? Matt Henderson, then Summer Staff Director, suggested that we build a cable wakeboard lake much like some that were popping up around the country at that time. It seemed a little far-fetched for us to pull this off but we began praying and discussing this idea. It began to gain some traction when cable company Sesitec heard about our consideration.  They offered us a fantastic deal on three cable systems as they were wanting to get into the camping industry.

By 2011, the idea of a teen camp centered around a cable wakeboard lake had taken root with our staff and Board. We enlisted a company to draw up a plan for cabins, a main meeting/eating building and the lake and a capital campaign began to take shape. What would we call the new camp? Enter Matt Henderson once again who suggested Fossil Creek. “It has an ‘F’ and a ‘C’ and it’s what we call the creek where the campers look for fossils.”  Fossil Creek. We committed the project to the Lord, asked His blessing, and He began to pour it out in unusual fashion.

We determined we would build the camp debt-free and wait to start until all the money was pledged or in hand. Friends of FC were asked to consider partnering with us financially to build this new camp.  We received some generous gifts and pledges up front and then the giving dried up.

And that wasn’t all that dried up. The summer of 2011 brought unprecedented drought and by mid-July the swimming area in the lake was virtually dry land.  We had to park the boats midway out of the cove due to the shallow waters.  We limped on into August barely making it through summer camps before we shut down swimming and boating altogether. That fall our Board considered all sorts of options.  Finally we decided to go ahead with building the cable wakeboard lake.  We planned to fill it with two wells we would dig instead of relying on Houston County Lake to fill back up.  This feat would truly be an act of God as it was several feet down.  And historically we would not receive anywhere close to the rainfall needed to fill it back up by summer time.

Well, God specializes in action! Late in the spring He sent an 11” rain that filled up Houston County Lake in dramatic fashion. It became obvious we wouldn’t be able to complete the cable lake by summer with that type of rain.  But something important had happened! God got the actual Fossil Creek project started.  Along with the rain He sent, He sent more giving. By the summer of 2013 we had a cable wakeboard lake ready to use.  Also foundations were poured for four cabins and they were dried in. Having the cable lake opened a summer before the actual camp opened was to our advantage.  It allowed us to put into place solid processes and procedures for its safe, efficient, and fun operation. With the sneak preview of the new camp, teens became excited.  We announced the opening for the new teen camp for the summer of 2014.

In the winter of 2013 we only had two big projects left.  1) We needed to remodel the kitchen at main camp so we could cook for more people; and 2) we still needed to build a meeting and eating building at Fossil. The kitchen project was dicey because we could not stop serving non-summer retreat groups during a kitchen remodel.  For some odd reason, the retreat groups refused to fast and pray while on retreat!  So the Food Service Director at that time, Kate Rudasill, cooked for several months out of a disaster relief cooking trailer parked next to the dining hall. Groups enjoyed the same, great FC food and Kate somehow survived in those cramped quarters.  Meanwhile at Fossil Creek, the big building got a late start and by February was still only a foundation.

Our staff team and a host of contractors and volunteers kept pressing on.  Even though we were still smoothing out the parking lot as camper parents drove up for Week 1, Fossil Creek was ready for campers.  When the dust settled, Frontier Camp had a brand new 136-bed facility, with a cable lake and a building that had a game room, store/snack bar, offices, infirmary, warming kitchen, upstairs meeting room and downstairs dining room!  And it was all done for less than $2,000,000.  AND we took on no debt in the process!

So yes Ashley, we finally did something. I’m so glad you encouraged us to do it. In the end, all praise and honor goes to God.  He is the One who put in place the right letter, staff, Board, donors, contractors, volunteers, camper parents and campers to make Fossil Creek come to life. Glory to God! 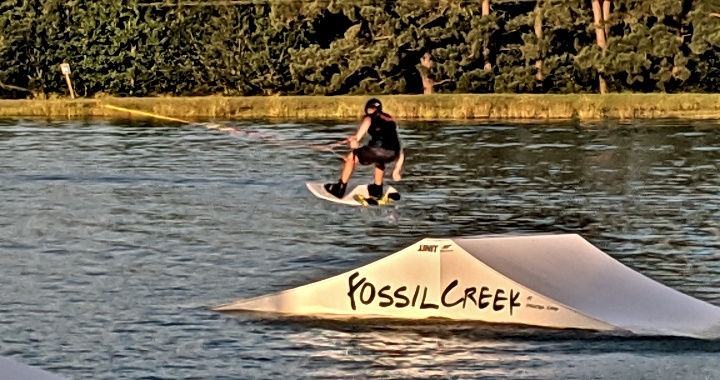