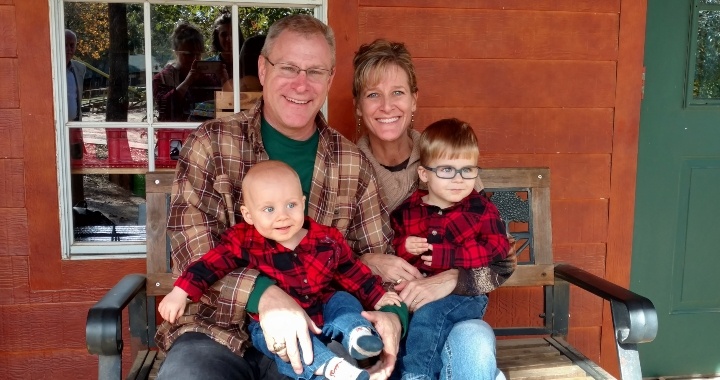 By Matt RainesNovember 15, 2019No Comments

God Loves To Be Trusted

Scoring Hans Meinardus as Frontier Camp’s summer camp director in 2003 has been likened to recruiting Babe Ruth away from the New York Yankees.  A lot of prayer went into that decision. And it came to be, blessing the lives of countless campers and staffers at the East Texas summer camp and retreat center.

Hans’ story, as it relates to Frontier Camp, began when he attended as a camper in 1974. At the time, his father was a leader in the Christian Service Brigade at Believers Chapel in Dallas. Arthur Betz, the camp director at the time, made a summer camp presentation at Believers Chapel and Hans’ dad decided to send him to camp.  Hans and his sister, Alice, attended as campers for a few summers in the late 1970s.

“In the spring of 1980, I got a letter in the mail from a Reverend Wes Woodard,” Hans recalled. “He was the new director at Frontier Camp and was recruiting summer staff.  I was pretty excited that he hired me to be a junior counselor that summer.”

Hans worked on summer staff for seven summers.  He was a program director in 1986, 1987, and also in 1990 with his new wife, Autumn, working as head lifeguard.

Hans and Autumn went on to build a life in Austin, where Hans worked for an environmental engineering firm doing environmental cleanup all over the country. His background in hydrogeology and credibility and enthusiasm as a “real scientist” are often cited by FC parents as inspiring their children to have fun with science and lessons in Creation and Bible history.

Although the Meinardus family was growing roots in Austin, Hans kept in touch with his friends at camp.  He visited as a guest speaker during Teen Week each summer starting in 1992. He joined the board of directors in 2001.

The following summer, Frontier Camp was preparing for a leadership change that Wes Woodard set in motion when Matt Raines came on board as assistant director several years prior.  “I suggested [to the board] that we bring on a retreat director to help facilitate the retreat ministry.  It was not very robust and had a lot of potential to encourage local churches to come out to camp, rejuvenate and go back to impact their communities,” Matt recalled. “I also recommended we hire a summer camp director to lead the summer camp ministry.  I would be heavily involved in both.  But with a team like this in place, I could focus on relationships that could help with advancement of the overall ministry.”

Matt drew up an organizational chart, and one of the board members asked, “Who would you consider for the summer camp director?”

“Hans was turned around talking with another board member.  So I took that moment to write his name into the SCD slot,” Matt said. “After all, he would take a week of vacation annually to come as the featured speaker for Teen Week.  And with his prior summer staff experience here it was obvious it was his manifest destiny to be on staff full-time. [When Hans saw his name on the org chart], he laughed as he had a young family, his wife was on the board of the kids’ Christian school, and he had a blossoming career.”

But the Lord was already at work!  Hans and Autumn had recently finished reading a book by retired missionary and former FC Nurse, Estella Brown, entitled In His Time.  “It inspired us with the thought that God loves to be trusted,” Hans said of the book. “We started praying that the Lord would open doors for us.  But soon we were praying that He would close doors that were flying open if we weren’t meant to make the transition from suburban living in Austin to rural living in East Texas. The Lord was making it abundantly clear that He was moving us, and that He would take care of our needs. We were thrilled.”

About six months later, Hans officially became summer camp director.  “Looking back on that time still brings amazement and joy,” he said. “What a blessing to minister and raise a family at Frontier Camp. One of the biggest blessings has been the opportunity to serve the Lord together as a family. There are lots of opportunities to develop a selfless work ethic. Living in a loving, tight-knit community of like-minded believers in a rural setting on a beautiful lake has been tremendous.  And we have a wonderful group of campers and summer staff to play with and to learn from every summer.”

Matt said Hans’ presence has been a gift. Since his arrival as summer camp director, Frontier Camp has never been the same.  “With ‘Mr. Hans’ here full-time, he has been able to put his creative juices into so many things including bringing the Bible dramas to a whole new level complete with rotating stages and elaborate sets, lots of fossil hunting in a way only a geologist could do and starting a Christian camp in Haiti and taking staff there on an annual trip since 2007,” Matt said. “Campers absolutely feed off the energy that Hans brings to each and every camp.  The staff members are always willing to join him on a short-term mission trip each and every week of the summer.  They put away their cell phones and focus on serving the Lord and the campers.”

Hans has joined forces with Haitian partners, Gersan and Betty Valcin, to work with the camp’s mission service at Jacob’s Well.  “I never could have imagined that I would end up being able to participate in a long-term project with such a visible impact in Haiti,” Hans said. “God gets the glory for the success there.  It has been a privilege to lead 13 annual short-term mission trips there. Getting to minister there with Autumn, all three of my children and a son- and daughter-in-law has been a joy.”

Hans acknowledges that God wired him for kids’ ministry – and he’s learned a lot over the 16 years he’s served at camp.

“As important as ministry to campers is, I also value the time I have been able to spend with our summer staff,” he said. “Teaching, mentoring and discipling both campers and staff has afforded me the opportunity to grow in my faith. It has been stretching at times, and staying ahead of negative cultural trends can be unnerving.  But God has been faithful always.  As a scientist, I get pleasure out of the opportunities camp affords me in learning more about God’s creation.  In turn I really enjoy getting to pass that knowledge on to campers and staff. Ultimately, the best part of camp is that I get to share the good news about Jesus, God’s Son, and His free offer of eternal life, with campers and staff. It is the conviction that I am exactly where God wants me doing what He wants me to do that gives me contentment, joy and spiritual sustenance.”

“Having Hans come on staff was no doubt an answered prayer,”  added Matt Raines.  “I couldn’t be more pleased watching God use the uniquely gifted Hans out here on the Frontier to carry out the camp’s mission of ‘making disciples of Jesus by sharing God’s Word in His creation,’” Matt said.

Hans could go for days sharing funny stories and memories from Frontier Camp. He loves participating in silly skits and Bible dramas. He once temporarily misplaced the treasured Texas A&M University mascot,Reveille, in the FC horse pasture back in 1984, and got to ride the trolley as a camper after hanging on a pull-up bar for 30 seconds.

“The most significant FC memory I have is that of committing my life to serving the Lord in the upper right-hand back bunk of Hickory cabin as a 12-year-old,” he said, noting that Hickory was a boys’ cabin back then.

He also recalls the tragedy of staff member Hudson Adams’ death in 2016.  “In the midst of grief that is evoked by that event is the knowledge and faith that ‘God loves to be trusted,’” Hans said, harkening back to those words of Estella Brown that stayed with him over the years. “I am looking forward to what God does through and with Frontier Camp in the future until His return.”

Hans and Autumn have three children and three grandchildren with one on the way. Natalyn, 27, and husband Will are parents to Hanrick, 4, Lucian, 3, and Silas, 1. Konrad, 25, and wife Hardin are expecting a baby girl in February. Edie, 18, is transferring to Texas A&M University in the spring.

Hans and Autumn with 2 of their grandsons 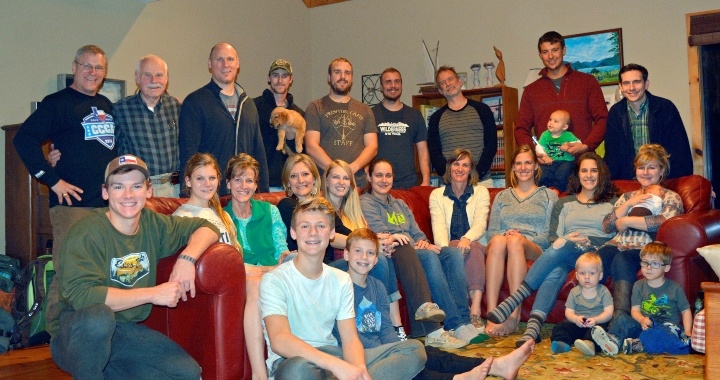