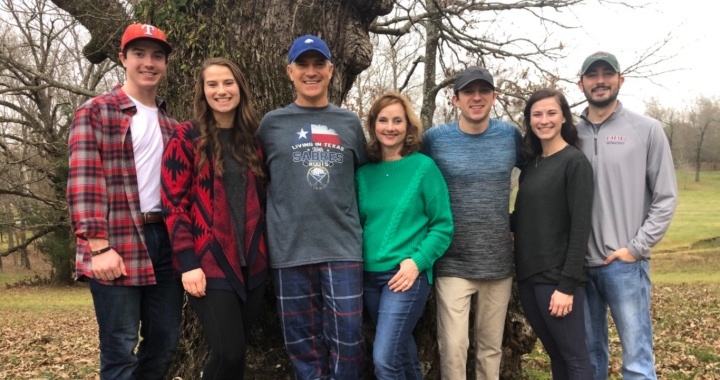 By Matt RainesDecember 5, 2019No Comments

Chris and Susan Hagstrom sent each of their four kids to Frontier Camp with the hope that they’d have a fun week to worship, participate in activities and make new friends. What they got was so much more.

The Hagstrom kids – Josh, 28, Jenny, 26, Jake, 23 and Jaclyn, 21 – first went to camp in early 2000s. Chris and Susan became interested when a Frontier Camp flyer was circulated around their homeschool group in Longview.  “We said, ‘Wow, that would be amazing,’ because they had a homeschool week,” Susan recalled. Chris said they liked that the homeschool week was the first week of camp.

“It kicked off a great summer each year,” he said. “It became a tradition everyone looked forward to. We are a family of tradition. When we find a great place to go or be, or something to do as a family, we are all in. Frontier Camp was – and continues to be – just that, one of our favorite traditions.”

That first year, Jake, Jenny and Josh were able to attend camp together.

“Each kid is different but they all had the opportunity to grow in their faith and their relationship with Christ,” Susan said. “It was so fun that the three of them got to go together. Each time they went, every year, their faith grew a little stronger. There are just amazing, countless memories they have from camp. They had a great experience that first year and wanted to go back.”

And so they did. Eventually little Jaclyn went too.  And when she finished her culinary degree years later, she went back to work in the Frontier Camp kitchen. She plans to return for summer 2020.

The Hagstrom kids learned to waterski, shoot rifles and ride horses. They went to campfires and learned new worship music.

And they kept running into the same kids, from the Lewis family. Jake’s first friend was John Lewis; Jaclyn befriended Kathryn Lewis, and years later, in 2011, Jenny met Robert Lewis. Jenny and Robert married in 2015 and have a child on the way – a “little camper,” as grandmother-to-be Susan says.

“They made amazing lifelong friends as campers and staffers at camp,” she said.  “They looked up to the staffers as role models.”

Robert and Jenny even served on a Frontier Camp trip to Haiti, where they worked with Jacob’s Well, the only Christian camp in the country. “That was a huge part of their experience,” Susan said. “The Lord put it on their hearts to serve.”

Susan and her husband Chris also found a way to give back to Frontier Camp. Chris and Susan have a lawn and landscape business, East Texas Lawn Care, and asked FC Executive Director Matt Raines several years ago if they could help with anything. “It’s been a joy for our family and my husband to volunteer in that way,” Susan said.

Matt Raines thinks so too.  “[Chris] has made one or more annual trips to help beautify the camp since their kids started coming,” Matt said. “He’s done literally scores of projects including shaping and irrigating our athletic field, which we used to simply drive over. The company’s motto is ‘leaving East Texas a little nicer than we found it’ and they have done that at camp as well.”

The Hagstrom kids have learned plenty of life lessons from their parents, their church and their education, but they’ve also picked up some good qualities from camp, Susan said. “Frontier Camp was a major part of their spiritual growth – selflessness, responsibility, hard work, their commitment to Christ – as they grew into adulthood,” she said. “That’s how they want to raise their families. They loved going back to camp each year. They couldn’t wait for the summer to get here, knowing how much fun it was going to be. Each experienced something they’d never done before.”

Jaclyn, who has worked as a nanny, got to see the boys she used to babysit in Longview as campers while she was working in the kitchen. “It was neat for her to watch them grow and have the Frontier Camp experience like she had,” Susan said. “It’s a very special place. Our oldest son went up until his teen years but he got involved in college life and thinking about what he was going to do afterward. For the other three, it was just part of their lives. They couldn’t imagine not being there.”

Chris added that the family’s involvement in Frontier Camp led to their children’s interest in the spiritual development, growth and the “all-important sanctity of life that each God-created soul has in this world.”

“Our kids were shown Christ’s love at camp, therefore they have forwarded that love to children in their adult lives,” Chris said.

It’s been a blessing to see her kids grow up at Frontier Camp and share their love of Christ with others, Susan added. “They have a love for the Lord,” she said. “Frontier Camp was just a great place to continue that foundation from family life to all the wonderful people. We look back at those years now, and it was just amazing. We’ll always have that connection. We loved it from the get-go. Whenever they could be there, they would.” 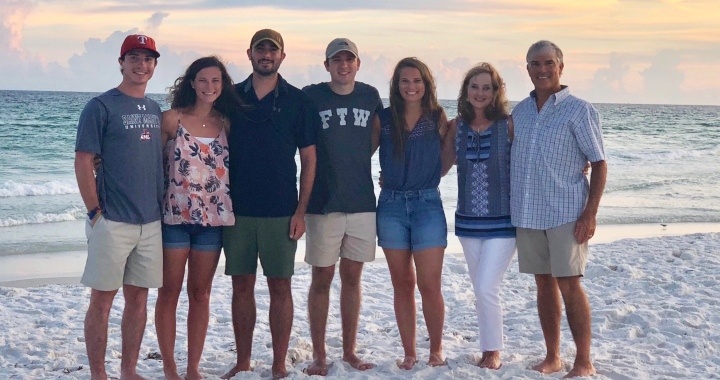 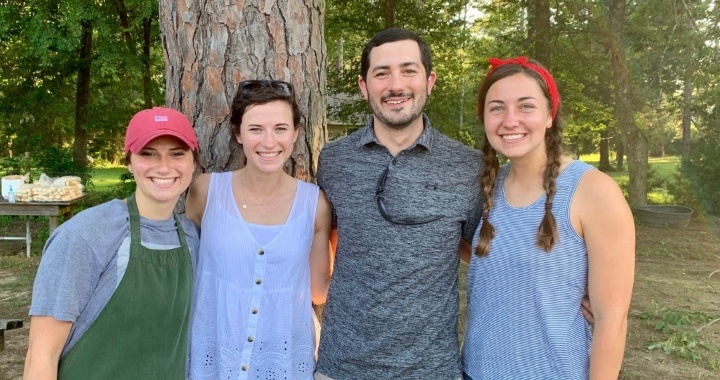