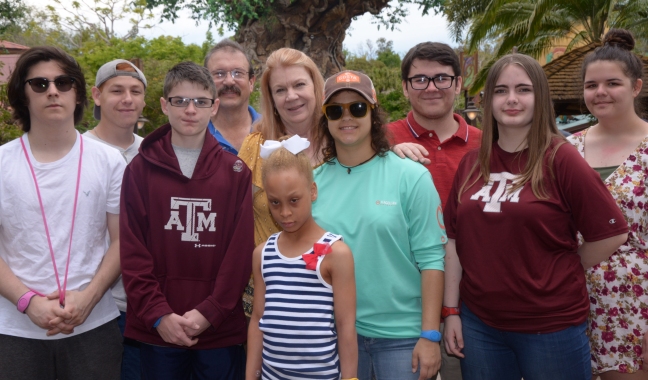 The Muery Family Story – “Unto the Least of These”

And the King will say, “I tell you the truth, when you did it to one of the least of these my brothers and sisters, you were doing it to me!” – Matthew 25:40

There are people in this world who, by their very presence in our lives, inspire us, encourage us and challenge us to reach further than we thought we could. Their courage and boldness, their sheer audacity pull us upward into becoming more. Kevin and Debbie Muery are those people.

Debbie and Kevin have been married for 33 years. Debbie was a career paramedic before becoming a full-time mom. Kevin is with the Houston Fire Department. Debbie brought her 3 small children into the marriage and Kevin eagerly adopted them all and accepted them as his own. Then Kevin and Debbie had their fourth child, Brian, who was their first together.

That pregnancy was a difficult one and they made the tough decision not to have any more children. But Kevin and Debbie both ached for more. Ever since they’d been together they had dreamed of having a large family and 4 kids just wasn’t going to be enough. They knew they wanted more.

Because Debbie knew more children would have to come through foster care or adoption, she scanned the phone book for agencies she could contact. But it wasn’t until Brian turned 2 that Kevin gave Debbie the go-ahead to make a call or two just to see where it might lead. But God was going ahead of her calls blazing a trail and, in short order, doors began to open. Through the application process, Kevin, who was hesitant at first, began to get excited about the prospect of having another child or two in their home.

It wasn’t long before the phone rang and, before you know it, the Muerys had their first foster child. She was a little 3-year old Hispanic girl named Alexandria, who knew almost no English and the few words she did know were those you’d never speak in polite company…or any company for that matter! But she was only repeating the words she heard spoken around her. Little Alexandria was being raised in terrible conditions behind a bar with the rest of her siblings.

Kevin and Debbie were horrified by Alexandria’s story and after some prayer, made the bold decision to raise Alexandria as their own and to do all they could to make a difference in her young life. The family eagerly folded her in and she began to change, slowly but surely. The influence of the Muerys was making a difference in Alexandria. But after about a year, the family’s time with Alexandria was over. She went back to live with her siblings.

After a full year of living and growing together, giving up Alexandria wasn’t easy and didn’t happen without some tearing away. Even the other Muery kids had formed a strong attachment and hated to see Alexandria go. That’s when Debbie and Kevin made the decision to change their status with the agencies. They decided to change from being a family who took in foster children temporarily to a family who adopted children, making them a full-fledged part of their family.

Debbie still remembers the first call. It was a stormy night. The call came from an older woman who had her hands full trying to raise her grandson who was only 4½ months old at the time. The woman was struggling with a heart condition and rheumatoid arthritis.  The responsibilities of caring for a small child were overwhelming to her. She needed help and the Muerys felt God tug on their hearts once again. They knew this was the chance they’d been praying for. And that’s when Nicholas stepped into their lives and into their hearts…and he’s been there ever since.

But it didn’t stop there. Michael came next and brought with him another chance to foster. Michael’s mother was from Mexico; his father was from the US. Michael was only 6 weeks old when the Muerys got the call. The baby had been terribly abused by his father and had ended up on life support for 15 days. He needed a safe place to stay until his mother could successfully divorce the father and get clear of his abuse. The Muerys bravely stepped up to the challenge and took little Michael in. After 8½ months Michael was able to go back to his mother.

Then another opportunity for adoption came calling. Little Stephanie and her brother Blake, followed by Cory and Elizabeth. Then there were more…and even more. In the last 27 years, Debbie and Kevin have raised quite a family. Four children by birth, 11 kids by adoption and 66 foster children…and counting.

Stephanie and her brother Blake were the first of the Muery kids to go to Frontier when they were both under 10 years old. Camp made an enormous impact on them and their lives were forever changed. Then came Cory’s chance to go to camp. He’d seen how much camp meant to his older sister and brother and couldn’t wait to go.

When Debbie showed up at camp to pick up Cory, she had no trouble picking his bright red hair out of the crowd of camp kids. Cory ran to greet his mom. Through tears he said, “I don’t know why I’m crying Mom. I’ve missed you so much this week. But I don’t know what I’m going to do without camp! I’ve never felt this way before.”

So what is it about a Frontier experience that’s so valuable to parents and so meaningful to kids? What is it about camp that makes kids you imagine only caring about their next meal or the newest video game, sob at the prospect of leaving camp and the new friends they’ve made? It’s got to be more than the bonfires, s’mores and ski boats. Right?

Debbie has an idea. She says, “My kids got to interact with other Christian kids. At Frontier Camp they were reminded that they aren’t alone in their convictions and their spiritual walk. They meet other kids who are walking the same path, encountering the same resistance, doing their best to cling to the same values. It’s where my kids found their tribe.”

And what makes Frontier such a powerful tool in the hands of parents doing their best to raise Godly kids? “Frontier reinforces the things Kevin and I are trying to teach at home,” says Debbie. “I know when I send my kids to Frontier, they are going to hear the same guidance and encouragement that they are getting from home. I can’t say that about every place my kids go.”

Debbie readily admits that she and Kevin don’t do everything right. “We all make mistakes and fall short. We aren’t perfect, no parent is. So it’s great to know that there are places like Frontier who stand behind us as parents, reinforcing the values we’re trying to teach and filling in the blanks where we’ve left things out.”

Debbie and Kevin are still square in the middle of parenting their family. They live amidst the crazy chaos that often comes with living with a house full of teenagers. Their current line-up of kids at home includes an 18 year old, 17 year old, 16 year old, 15 year old, two 13 year olds, a 12 and 7 year old.

On a recent trip to Sam’s with all the kids in tow, another shopper approached her coming up the same aisle. Debbie could almost see the question mark pop up over the woman’s head. She’d seen it many times before. One of the kids who, in the course of his life has heard his mom patiently answer all the obvious questions, immediately spoke up.

“Yes we’re all hers. Yes we’re all adopted. And yes, she knows what causes it!” Incidents like these don’t just happen at Sam’s. Whenever Debbie is out and about with her kids she has similar encounters. She knows by now what’s coming when the person starts of with, “I don’t mean to be nosy, but…” The truth is, whenever the Muerys are out, they are a walking billboard for fostering and adopting kids. Debbie says she’s always ready when people approach saying, “I’ve always wanted to do that! Who do I call?”

At Frontier, it’s stories like the Muery’s that not only encourage us, but remind us that we’re all adopted, every one of us. We’ve all been accepted and forgiven, made a part of a much bigger family by the unconditional love of Jesus Christ. We’re humbled to have been used by God to help hundreds of families by reinforcing the values they hold dear to the children they love so much. 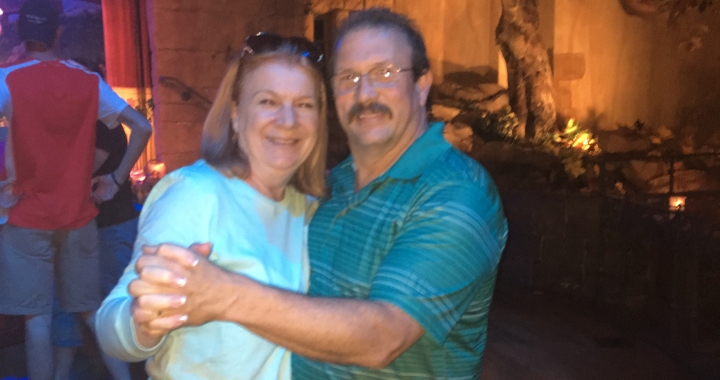 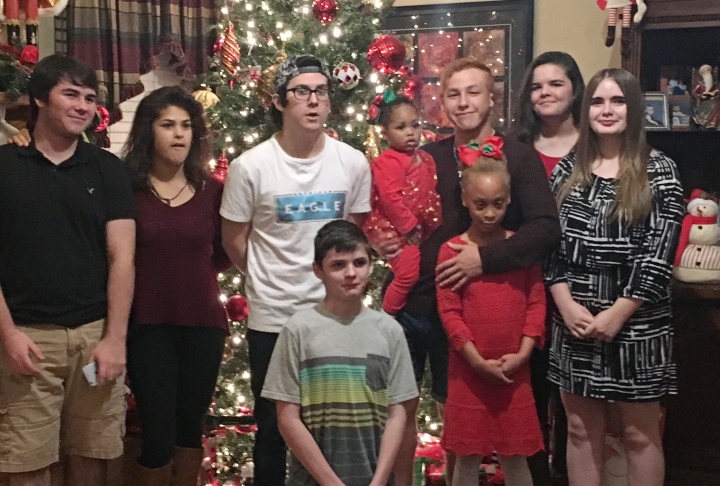