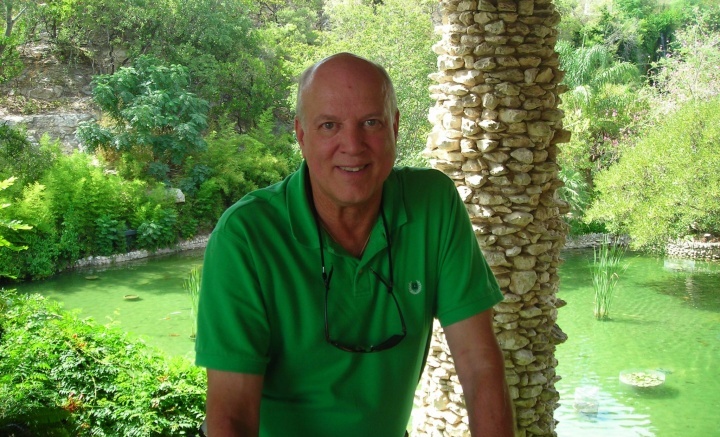 Eddy Froehner had no idea that when he agreed to help Bill Standley build a camp that it would someday be a place that would touch thousands of lives. When Eddy first came to camp to volunteer over 50 years ago there’s no way he could have imagined what Frontier Camp has become today, much less the new addition of Fossil Creek. No, that would only come later as Eddy’s devotion and involvement in Frontier Camp grew.

Thinking back all those years, all Eddy knew is that he was helping Bill Standley build a place they planned to call Ark-la-tex (which stood for “Arkansas, Louisiana, Texas,” the region they were called to minister to). Bill was the leader of the Christian Service Brigade, a young men’s service organization that operated out of Eddy’s home church, Spring Branch Community Church.

Bill was a hard-working, blue-collar kind of guy, passionate about reaching young men with the Gospel of Christ. He had stepped up to lead an effort to buy and build a camp in the east/central part of Texas. These men had a vision that Ark-la-tex would be a place where young men could get away from the hustle and bustle of daily life and hear the Gospel.

Eddy loved the adventure of accompanying Bill to the new camp. They would haul tools and materials out from town and work diligently to build the cabins and the dining hall. The work was hard but it was fulfilling. Eddy knew he was building something significant, something that would last and be meaningful for years to come. But he could have never imagined how it would come to affect his own life through the years.

Bill might have been a “good ol’ country boy” but he was passionate about the camp. He was able to raise money and recruit volunteers like a professional fundraiser. A good strong handshake, a slap on the back and before you knew it, he was into your heart and into your check book. And he was never shy about asking for what was needed to help build the camp. He would call in favors from all over town. Over time, Ark-la-tex evolved to become Frontier, and even today the “Standley Chapel” at camp bears Bill’s name.

Eddy regrets the fact that by the time camp was up and running, he was too old to attend as a camper. But he looks back with pride at the role he was fortunate enough to play in being a forerunner and pioneer in Frontier’s early development.

The influence of Christian camping loomed large in Eddy’s life. Having been a counselor at another camp, Eddy saw first-hand just how powerful the camp experience could be. He knew that camp was more than just a positive influence. Camp was life-changing. He prayed that when he had children of his own, he would be able to send them to camp.  He hoped they would be able to share the same powerful things while at camp that he had experienced.

Eddy grew older, graduated from school, met and married Pat and together they started a family. When their kids, Jeff and Jennifer, came along, Eddy and Pat knew that camp would be a significant part of their spiritual development.

As the kids grew older, Eddy and Pat sent them to several Christian camps.  While they were all great experiences, Eddy always had a soft spot in his heart for Frontier. He still remembers the feeling of hearing his son Jeff talk about how great his week of camp was.

There was nothing quite like the experience of hearing Jeff describe his week of camp. Eddy realized that even though the staff had changed and some of the cabins he’d helped build had long since been torn down, the essence of what made camp great, a place to encounter God, was still the same.  It was still powerful enough to change lives.

Eddy’s old Brigade leader, Bill Standley, still involved at camp, serving as the camp’s board chairman. Just like he’d done when they were both younger, Bill challenged Eddy to increase and deepen his involvement in the ministry. Not content with Eddy simply sending his kids to camp, Bill wanted Eddy to serve on the camp’s board of directors. Eddy felt the tug on his heart but he knew that the timing wasn’t right. There were demands on his time with a young family and a new company he was trying to build. He knew he wouldn’t be able to give camp the attention it deserved. He turned down Bill’s offer.

Years later, when the kids were grown and out of the house, Eddy was sitting with Pat, looking over their end-of-the-year donation list. Eddy had been transferred to California with his company and had achieved a certain degree of success.  He was grateful to be in a position to be a generous giver. Like any thoughtful donor, he wanted to give his money to the places where he felt it would do the most good. He and Pat carefully considered the list.

It was Pat who originally had the idea to send part of their year-end giving to Frontier. She remembered what the camp had meant to their family in the past and it seemed to be a likely choice for their year-end gift. “Of course!” Eddy thought and immediately went online to the Frontier website to make the donation.

A few days later, Matt, sitting in his Frontier office, saw the donation come across his desk. He wondered, “Who could be sending us money online all the way from California? And who is this Eddy Froehner guy?”

Matt followed up by calling Eddy.  He not only wanted to thank him for the gift but to also find out what his connection was with Frontier. From the very first conversation, they both knew they had a connection. They shared their love for camp through the telling of Frontier stories and reliving memories. They found themselves becoming fast friends.

Over time, that annual donation became a commitment to monthly giving. Eddy had learned from a missionary friend just how important those monthly gifts are to ministries. The year-end gifts are always appreciated but it’s the consistency of the monthly gifts that become any ministry’s life-blood. Eddy discussed it with Pat and they determined to change the way they gave to Frontier.

Eddy and Pat moved back to Texas when it was time to retire. Once back, he was approached again about the possibility of being on the board. But this time it wasn’t Bill Standley doing the asking. It was the current director and Eddy’s new friend, Matt Raines.

Throughout his life, Eddy had seen kids struggle and he’d seen kids succeed. He was convinced that reaching kids with the Gospel at that pivotal point in life was a key to success. And he knew from his own life that camp was the perfect kind of experience positioned at the perfect time of life to make the greatest impact. He told Matt what he had been unable to tell Bill years ago. Eddy readily agreed to serve on Frontier Camp’s board of directors.

Through the lens of hindsight, it’s easy to look back and see how God was leading each of us to where we are today. Eddy’s journey with Frontier is no different. He began in the early days by donating his time, effort and expertise with Bill Standley at the old Ark-la-tex Camp. Then he became a camper dad, sending his kids to Frontier. Next he chose Frontier as the place he wanted his annual gift to go to. Then he took the next step by becoming a partner in ministry, deepening his commitment to give every month. Finally, he agreed to step up to a whole other level of leadership by becoming a member of the board. That’s quite a journey.

Eddy has had a unique perspective on the growth and development of Frontier Camp. He’s had a front row seat for many years watching Frontier grow from a piece of land with no improvements to a full-blown, multi-faceted ministry with a whole host of buildings, ministry programs, and committed staff.

Eddy has had the privilege of seeing first-hand how Frontier was built; built by men who were not experts but were driven by a passion for kids and the Gospel. These pioneers in ministry were convinced that camp was the best way to marry the two. They may not have known the best way to build a camp but they knew their mandate from God. And they were just bold enough to try.

Oftentimes camps are literally hacked out of the woods, built from the ground up by men and women who it seemed could bend heaven and earth to their will, causing things to happen, money to be raised, buildings to be built almost out of sheer will. The personalities are larger than life and simply cannot be replaced.

From his unique vantage point, Eddy has noticed that the current leadership is committed to development and training up a new kind of leader; men and women who share the vision that is uniquely Frontier’s. This new style of leadership isn’t based on strength of personality but rather on a commitment to the Frontier ideal, the mission to touch the lives of kids with the Gospel through the ministry of Christian camping.

Today, Eddy is most proud of the role he has been blessed enough to play in the design and launch of Fossil Creek, the new teen camp facility and program. Fossil Creek offers continued summer camping opportunities for kids throughout their teen years. Fossil Creek gives Frontier the chance to continue their outreach to families by reaching these older students. As a board member, Eddy has been involved in the concept, design, fund-raising and construction phases.

Eddy has been involved long enough now to see things coming around full circle. The ministry of Frontier continues to bless his family as his daughter and son-in-law are now sending their children to Frontier. That’s three generations of Eddy’s family that have benefited from the ministry of Frontier. The truth is, God is ever faithful to bless the giver. His mercies are not only new every morning, they reach from generation to generation. 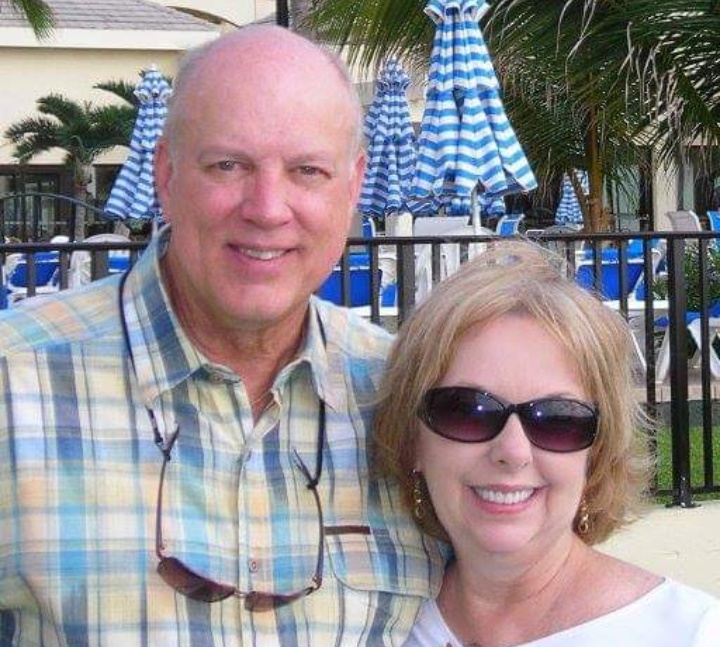