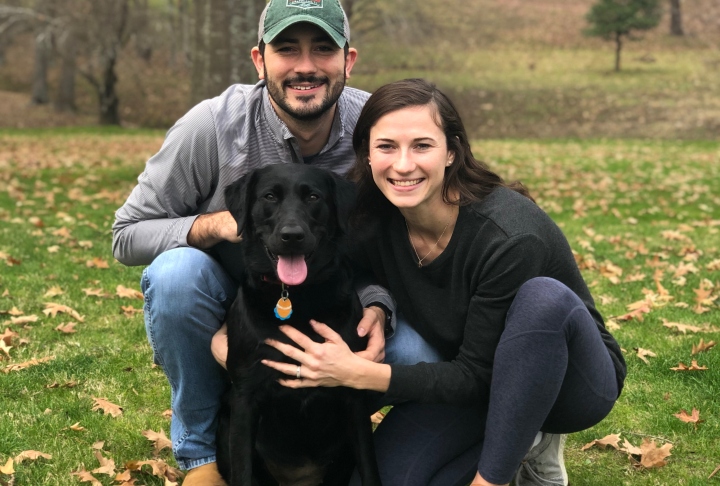 After a long time of diligent, persistent work, the builder steps back to survey his handiwork. It’s much more than just a wall, more than a simple barrier to keep some animals in and other animals out. This wall is a piece of art. Each stone a separate and unique story. And the builder can remember in loving detail exactly why each stone was chosen for each spot in his wall.

Our lives are that wall and Christ is our Master Builder. Each stone represents an event, a relationship or conversation, or circumstance that, when taken alone may not seem like much. But when viewed as a whole, these stones cause the wall to come to life with rich meaning and texture.

When Robert Lewis steps back to look at his life, he’s amazed at how many stones are stamped with “Frontier Camp”.  Today Robert is a media production coordinator for Dallas Baptist University. But his journey with Christ began years ago.

From the time Robert was eight years old, Frontier has had a big part in shaping him into the man he has become. As the oldest of three children, Robert never experienced what it was like to have big brothers until coming to camp. He loved the rough and tumble nature of life in the camp cabin. His counselors, Tim and Daniel, showed him what true brotherhood meant. They showed him what it meant for guys to build strong godly relationships that stand the test of time. Tim and Daniel were there, right alongside Robert, listening to his heart, guiding him along the way, spending lots of quality time. And it made a difference in Robert’s young life.

It has been said that “Christ is better caught than taught” and this was certainly true in Robert’s life. He watched his counselors closely as they set the example of what godly young men should be. Robert began to respond to their leading in the discipleship program. His heart was opening and his ears were becoming more attuned to the voice of God. All along the way, Robert was accumulating important stones that would be significant in his wall.

But it was the summer he turned 13 that things began to change. This was his first summer as a teenager, when so much was changing in his life, physically, emotionally and spiritually. Robert began to notice the lifestyles of the guys around him. The counselors set examples worthy of following and Robert found himself wanting to pattern his life after theirs. In the tight quarters of an FC camp cabin, Robert was able to see first-hand how his counselors rose early in the morning to spend time in the Word. He began to see that reading the Bible was more than just a daily discipline. It was like taking a drink of cold water after a long, hot hike. Reading the Word was bringing Robert new revelation, encouragement, and stability in a world growing more confusing every day.

Robert was raised in a Christian home by loving parents but this was unlike anything he had experienced before. This was something deeper, more meaningful and more real to him than he had ever known. Like so many kids who come to FC, Robert found himself in the midst of the “great transition.” He was exchanging a walk with God based on his parent’s walk, on their relationship with God, to a deep and abiding relationship with Jesus that was uniquely all his own. He was trading his “virtual” relationship for a real one.

Over the next several years, the Master Builder placed many more significant stones in Robert’s wall. At one point, he served on the FC maintenance staff.  He learned valuable lessons about how to work for someone else while serving in this position. Robert had learned the lessons of hard work from his father but he was young and headstrong, believing he knew the best way to solve any puzzle, fix any problem. He would too often take charge, believing he knew best, despite his youth and inexperience. It was humbling for Robert to have to receive less than stellar evaluations. Hearing the truth was tough for someone with so much confidence in his own abilities, but Robert listened…and learned.

The Master Builder placed what may have been Robert’s most significant, meaningful stone yet in 2011.  He was on a Frontier Camp mission trip to Haiti. That was when God introduced him to Jenny, the one who would become his wife. Today, Robert and Jenny have dreams of full-time ministry someday, in some way. They feel God’s calling on their lives and their marriage.

As Robert steps away now and takes a careful look at his wall, he sees the FC mark on so many significant stones. And Robert isn’t alone. For decades, God has used Frontier Camp to shape the lives of kids. Proverbs says that “iron sharpens iron, so one man sharpens another.” Camp has always provided just the right amount of heat and pressure to aid in sharpening kids for Christ. Today, there are churches, Christian schools, mission organizations, and camps full of leaders who were sharpened in the furnaces of FC.

Over the years, we’ve seen that camp is a unique tool in God’s hand to create special, life-changing moments for kids. Chances are, if you’ve been to camp, you’ve got some FC stones in your wall too.