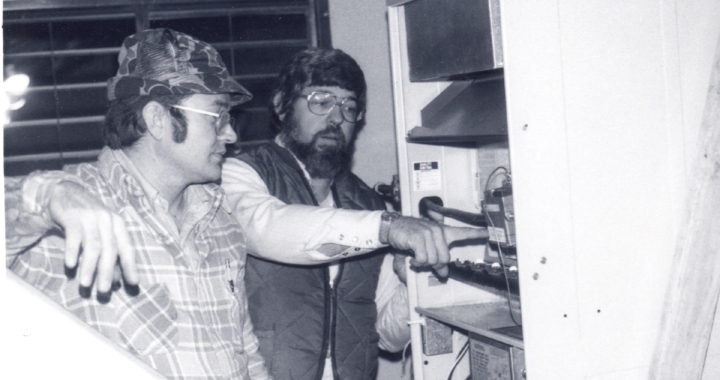 Tomorrow, we will remember the life of Jon Bergeron, a long-time friend of Frontier Camp. He passed away on Easter Sunday and there will be a memorial for him at Open Range Cowboy Church in Whitney, Texas. How was Jon tied into Frontier Camp? I’m glad you asked…

Jon was asked to supervise construction when crews began clearing the original 71 acres that would become Frontier Camp near Grapeland in June 1970. Bergeron brought a group of 15 workers, most of whom were teenagers, for a two-week construction camp. The young men cleared land, poured concrete slabs, built the dining hall, drilled a well and painted buildings.

Jon’s fingerprints were on so many of the early construction efforts at the camp.  But perhaps his most important contribution would come on the heels of what at first appeared to be a monumental disaster. The dining hall, originally built by Jon Bergeron and his volunteer corps, burned in February 1982 – an occurrence that many have said was a transition in the camp’s history. The blaze is attributed to an electrical short, but in retrospect most say it was the hand of God.

“The fire, though it seemed like a negative thing, was a real turning point,” recalled Jeanette Betz, who worked as Frontier’s Head Cook for several years. “Everybody started working together. It burned down in the latter part of February and we had to get it rebuilt by summer.”

Jeannette’s husband, Arthur, the second Director of FC who had come back around for a second stint this time as the Assistant Director, agreed that it was a time when people put aside differences and worked toward a common goal.

“It was a time of real challenge and a time to see God bring things together for us,” he said. “Wes [Woodard, the Director at the time of the fire and who served for 25 years in that capacity] said to me in the wee hours of the morning as the structure burned to the ground, ‘I guess God wants us to have a new dining hall.’”

Challenges like the dining hall fire proved to the full-time staff and the camp Board of Directors that they could overcome hurdles and work toward the most important common goal, winning souls to Christ. Wes recalls a phone call from the insurance adjustor asking if the dining hall was a total loss. Wes, laughing, looked out his window at the now-empty slab and said, “Yes, you could say that.”

Enter Jon Bergeron, who along with many others, came in and starting on that slab, erected a new kitchen, dining hall and even added a meeting room. Up from the ashes came this new building in a very short amount of time built almost entirely by volunteers.

One of those volunteers was 14 year-old Hans Meinardus, who serves today as Frontier Camp’s Summer Camp Director. Jon showed Hans how to lay shingles, Hans’ first experience on a construction site. Hans added, “About five minutes later Jon challenged me to lay those shingles faster!” I asked Hans if he might happen to have a picture of Jon and the dining hall at that time. He replied, “When Jon was at camp, there weren’t people taking pictures. You had a hammer or a saw in your hand, not a camera!”

Five years later Jon was back. This time to build the camp’s first office in their nearly 20 years of existence. This was a huge milestone for Wes’s wife, Jean, who handled all the camp registrations in boxes kept under their bed! Wes explained it this way: “We had received a nice gift of $20,000 from the Rosenlund family for the office need and that bought most of the materials. Jon then volunteered to build it. It’s one thing to volunteer your time. But with Jon, he brought out some of his construction crew and paid them out of his pocket.”

When Jon wasn’t up at camp building things, he worked to help get kids to camp. He and his wife, Carolen, even sent some children from their community this past summer to camp because they know that camp is a powerful tool to influence children and teens for Christ. Jon made his last trip to camp just one month ago. I tried to thank him for all his contributions to the camp over the years and gave him a new Frontier Camp hat. Although he took the hat, he deflected any praise.  He pointed to the heavens and said in his deep Cajun accent, “The glory goes to God.” And that was Jon, a life lived for others and the Lord. 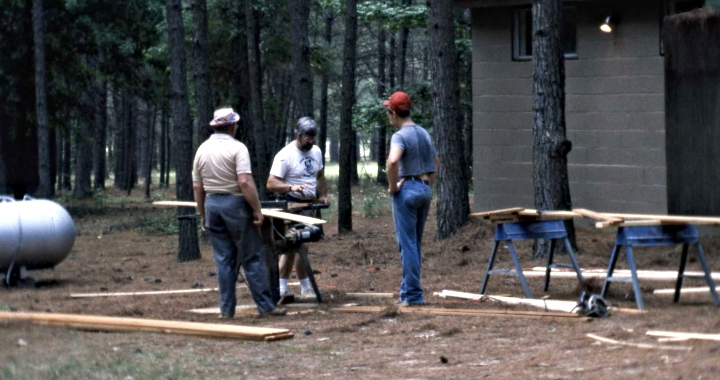