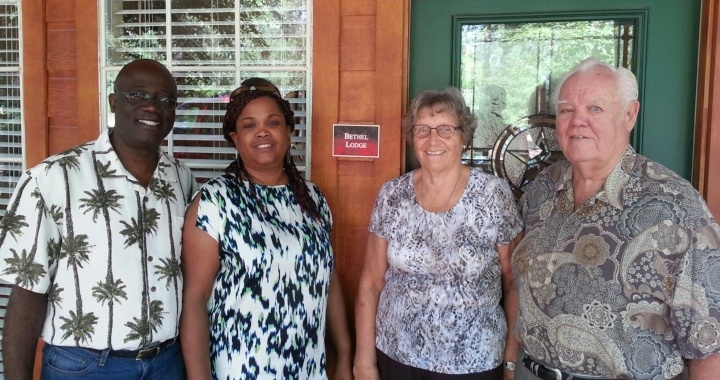 Yesterday marked the five year anniversary of the passing of Frontier Camp friend, Martin Mosvold. We first met Martin in 2002 through charter Board Member, Bill Standley.  They attended Spring Branch Community Church (now Bridgepoint Bible Church) together. Bill brought Martin out to show him the camp. Martin was impressed with FC’s commitment to share God’s Word with young people. He decided that day to become a partner in the ministry. His company, Scandrill, Inc., was celebrating their 25th anniversary at that time.  In honor of that milestone, he made a gift to a building project of the camp (that would become the Standley Chapel) and sent 25 children of Scandrill employees to camp.

Not only did Martin live to give, he wasn’t satisfied with simply writing a check. He liked to be personally involved with ministries he supported.  The summer he sent 25 children to camp, he also came to a campfire during one of the sessions.   He ended up giving his testimony, sharing with all how he had trusted Christ as a young person.

Over the years of our friendship, the Lord used him in many ways. From replacing the old “VIP Trailer” with the four room Bethel Lodge to giving a backhoe attachment to the first tractor that was sent down to Jacob’s Well (Frontier’s camp plant in Haiti), you could find Martin giving and going. When it came to the going, that ranged from Martin’s wife, Astri, picking out and purchasing dishes for the Bethel Lodge to Martin getting on a horse and going on a trail ride with the campers. Martin even made two trips (while he was in his late 70s, no less!) to Jacob’s Well bringing friends, family, and even his pastor and wife so they could join in the work there in Haiti.

Frontier Camp encouraged the Mosvold family as well. Many grandchildren from Norway, Sweden and, of course, Texas came as campers and were impacted by the ministry, with two even serving on summer staff. Add those to the well over 100 employee’s children he helped send over the years and you can see that as much as he encouraged the camp, the camp encouraged him.

Martin also liked to encourage others to consider giving to Frontier Camp. One creative way that he did this was in early 2010 as Astri’s 75th birthday approached. The big earthquake in Haiti had just happened and of course his question was always, “How can I help?” At that time, Jacob’s Well was just a beautiful piece of land in northern Haiti with one storage/bathroom building on it. So many Haitians ended up in Northern Haiti looking for help after this terrible event. Although Jacob’s Well and its director/pastor, Gersan Valcin, stood ready to help, he didn’t have the best platform in which to deliver that assistance. So, Martin and Astri invited their friends to come and celebrate Astri’s birthday. In lieu of gifts to Astri, Martin invited all to bring money to help build a kitchen at Jacob’s Well. The funds helped build a wonderful kitchen at Jacob’s Well that has served many hungry campers, staffers, and volunteers over the past decade.

“How can we work together to meet needs in the name of the Lord Jesus?” Martin loved to ask this question! He helped meet needs at Frontier Camp, Jacob’s Well, and in so many other places. Martin himself lived quite an humble life. While he was building a kitchen in Haiti, a lodge at camp, or a church in Czechoslovakia, he passed up luxuries such as new cars or remodeling his own home. A used Mercury Grand Marquis and an old fashioned flip phone coupled with a beat up address book with liberal usage of white-out was how Martin got around town and communicated with the world.

Martin agreed wholeheartedly with the advice that Paul gave Timothy in 1 Timothy 6:6-10:

“But godliness with contentment is great gain. For we brought nothing into the world, and we can take nothing out of it. But if we have food and clothing, we will be content with that. People who want to get rich fall into temptation and a trap and into many foolish and harmful desires that plunge men into ruin and destruction. For the love of money is a root of all kinds of evil. Some people, eager for money, have wandered from the faith and pierced themselves with many griefs.”

Being content is one thing; combining that with godliness is another. Martin Mosvold was both content and godly. He pursued the Lord and used any worldly gain he had to bring others closer to the Lord. This summer we’re expecting some “Scan campers”.  You see, Martin passed this godly philosophy to his sons who now run the company!  They have continued to pay for half of the summer camp fees for any employee’s children who come to FC.

Marking five years since Martin’s death also brings up another anniversary. A close family member had a stroke just after his funeral. She battled back and has regained a good bit of function but has now encountered a second battlefront, cancer. Will you pray for her and the Mosvold family as they forge ahead in treatments? We are thankful for their example of trusting in the Lord through the high mountain tops and the low valleys. Martin invested so much into ministries, individuals, and into his own family.  We give God the glory for the fruit that we see today! 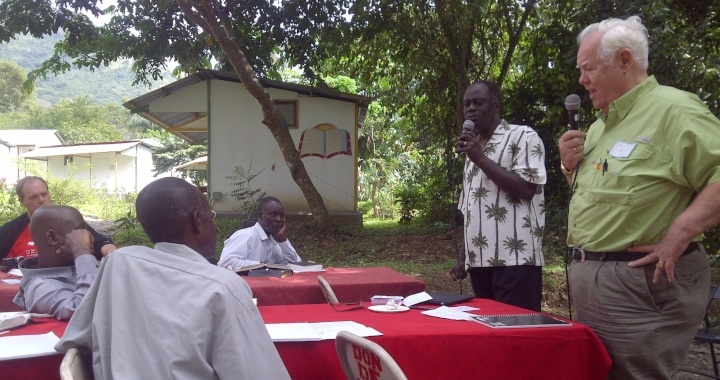