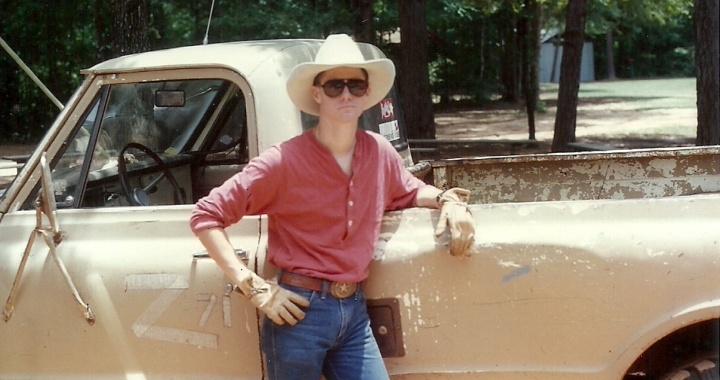 By Matt RainesJune 7, 2019No Comments

Guest blogger, Kate Humes, is back.  If you’ve been following our Friday Stories, she authored the series on “Faith”, “Fun”, Friends”, and “Food”.  This week she is back with a story about her dad, Andrew Humes, and how he daily uses a biblical concept he learned while working at Frontier Camp in the early 1990s.

1 Peter 5 is the model, so to speak, of leadership training. The passage is about leading others by example, highlighting the service aspect of leadership. Jesus encompasses the ultimate example of a servant leader. He told his disciples that the Son of Man came to serve, not to be served. This man—God incarnate—came to serve man, a race that rejected God and His Son as a sacrifice for their sins. He led the people—namely His disciples—by His example as a servant. If God Himself sent His Son to a sinful earth, to take on the flesh of sinful man, and then to serve the sinners, surely we can follow His example and serve in whatever capacity we can and with whatever gifts He gives us.

Being a servant leader has always been a goal for the staff at Frontier Camp.  This is especially true for those in clearly defined leadership positions. There is a four-day training period dedicated to properly prepare staff for the difficult task of serving others while in a leadership role. When Andrew Humes started working at FC the summer of ’91, his role as dishwasher certainly didn’t fit the traditional criteria of leader.  But he must have done something right.  They allowed him to come back for the next three summers, his last as Head Wrangler.

Fast forward 25 years and Andrew is a police officer.  Specifically, he is a bicycle cop.  (He never bought into the theory that you can’t have fun while working a stressful job). Police officers are public servants, but their job requires more than the average City Hall employee; officers withstand brutal judgment, dirty insults, fights, and public humiliation in the media. Andrew’s job asks that he assume the role of service while also striving to protect those he serves. He has a responsibility to be polite, civil, and respectful in the face of unmerited challenges and impossible circumstances. Without the experience of working at Frontier Camp, Andrew said, “I do not know if I would have learned [to serve] as well or had as much fun learning to serve others.”

Going from running the barn at a summer camp to breaking up bar fights is quite a leap; but the things Andrew learned while on staff—both from the full-time staff and from the pressures and stresses of the job—prepared him to have a much more intense career.

Being a police officer requires a positive attitude and complete emotional control, even in traumatic or chaotic situations; often the officers responding to a call are working long hours on minimal sleep.  And they probably received more than one insult sometime in the previous hour. Though the job required of a police officer is unparalleled in terms of its challenges, being on FC staff Andrew also learned how to serve people cheerfully when “it was way too hot, the boats couldn’t run, or a horse was misbehaving.” In a small but formative way, the role of an FC staffer is learning how to serve when circumstances aren’t optimal. Andrew quipped, “campers are not going home, and we had to find a way to continue both the fun and ministry regardless of the circumstances”.  Serving at FC requires flexibility during unforeseen events.  And it requires  a positive attitude in order to keep the campers having fun.

Of course, staffers have fun while creating fun for the campers. One such plan that Andrew cooked up was a humorous rodeo skit (an ever-present FC tradition) with his partner-in-crime Dave Brown. Being the clowns of FC, Andrew and Dave worked up a skit that Andrew said, “required a pile of horse manure on a small piece of plywood and the two of us dressed as bumpkins.” The gist of the skit is that these two country bumpkins were trying to discover what the mysterious pile was, a caricature that ended with Andrew instructing Dave to taste the material since he was “OLDERRRR!” Thankfully there was a pile of pureed raisins hidden in the pile of manure, which Dave smeared over his face and then ate. “I think that skit was banned,” Andrew said. Sometimes the staff need the extra laugh, something to help them along in the long, hot days and hard work. Police officers learn to laugh and crack jokes in order to make it through the longer, harder days, too. Andrew learned early the virtue of having fun while doing important work.

In a beautiful statement Andrew relates his experience at Frontier Camp with his current work as an officer. The staff at FC are primarily witnesses, helping reach people with the Good News. As an officer, Andrew encounters mostly lost people. And as a Christian he has a unique opportunity to show God’s love through his interactions with these people. He has to sacrifice his wants and needs for the sake of those he serves. He says, “As a cop … people need someone to advocate on their behalf, stand between them and the darkness, or help pull them out of the mud of their lives.” Praise God that there are people on police forces who are looking deeper into their work, who see their role not only as a job but as a call to serve and protect.

Former Director Wes Woodard and his assistant, Richard Stephens (who still serves on full-time staff), were two people that Andrew noted had an impact on his spiritual life while serving on staff.  He said that the first summer he worked, Wes went through a study on the dispensations. Even though Andrew had grown up in church, he learned that God’s sovereign plan is woven throughout all of scripture.  It culminates in Christ’s return. FC not only cultivated service into Andrew’s life, but also gave him tools to combat the spiritual warfare he faces every day.

With the difficult and demanding job as an officer, it is important that Andrew not lose sight of what is important: serving and protecting. But he also knows his ongoing fight with the spiritual darkness requires spiritual reprieve. Even now, Andrew knows that FC is a place where he can go to find spiritual renewal. Frontier Camp remains a special place to Andrew. He met his wife of almost 24 years, Melissa, at FC.  They return throughout the year to visit and help with various work projects. His children attend summer camp, and he even has two daughters serving this summer as staffers.

But camp is more than a nice getaway for Andrew: it is a place of quiet and rest. “If I have a spiritual place of rest and recuperation,” Andrew muses, “it is under the tall pine trees in East Texas.”

Thank you, Andrew, for your service to Frontier Camp and to the people of College Station. May God bless you and all those who “serve and protect.” 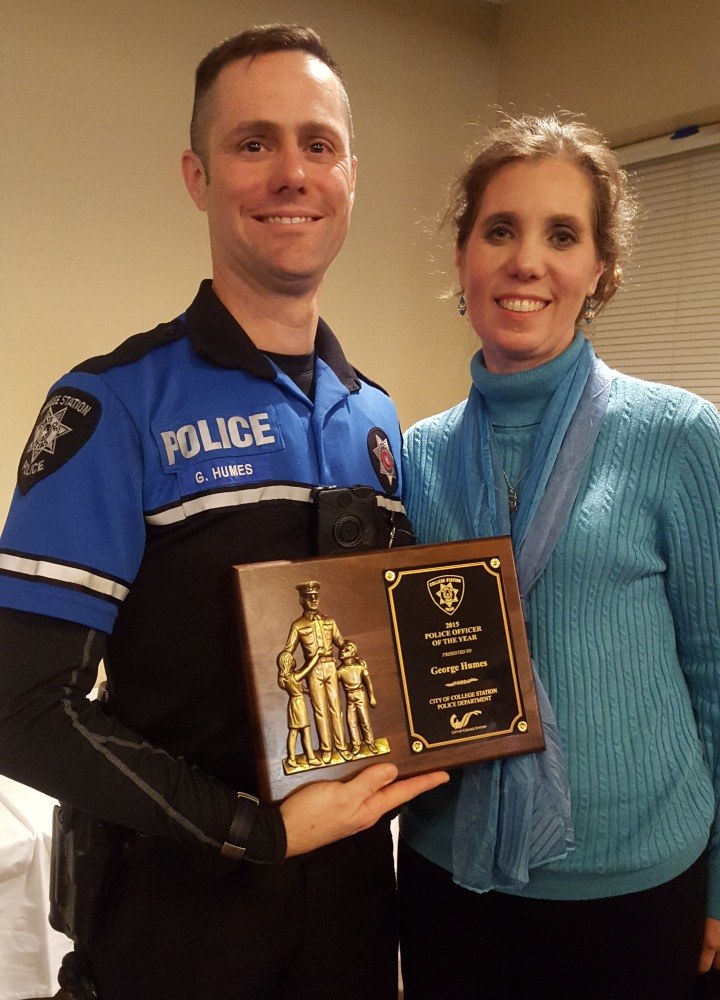