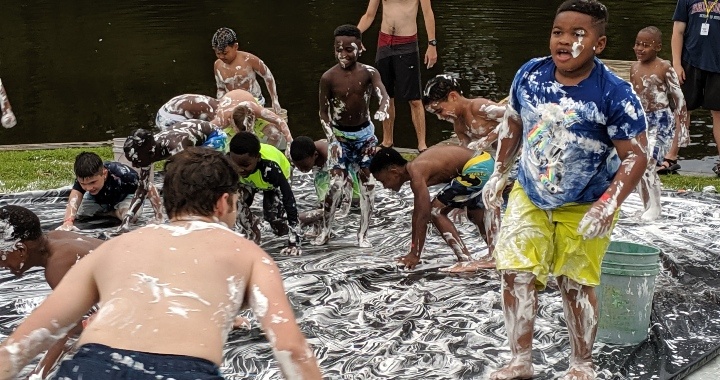 Since 2004 Frontier Camp has hosted a week of camp in partnership with Prison Fellowship/Angel Tree Ministries for children and teens who have an incarcerated parent. This week is the 2019 Angel Tree Week. Even now as you read this, we are wrapping up this special week of ministry.  An Angel Tree child is seven times more likely to go to prison than a child whose parent is not incarcerated.  God stands ready to break that cycle and He is using camp to do it!  Read on to learn how Frontier Camp has been a part of this cycle-breaking ministry for over 15 years.

In late 2003, we were planning for a leadership transition.  Long-time Camp Director, Wes Woodard, would be retiring soon and handing the baton off to his Assistant Director, Matt Raines. The Board met with key staff to put together some long-term initiatives. One of those was to seek out a partnership with a ministry that was reaching inner-city kids and work together to get them to camp.

The Lord swung that door wide open when Prison Fellowship Ministries contacted us to ask us to become an Angel Tree Camping partner.  (One of our former summer staffers “just happened to be” married to one of the PFM staffers.)   We could see the Lord’s hand in this and readily said “Yes!”,  accepting 150 Angel Tree campers that first summer in 2004.

The week was magnificent and malevolent all at the same time. The campers taught us so much. Even through the fights and flights, the formula of faith, fun, friends and food began to help make connections among a group of campers from hard places who have experienced so many broken connections in their young lives.

Over the years we modified several aspects of our approach to what we now call Angel Tree Week.  This included shortening the week to five days, inviting in some Christian hip-hop artists to help lead worship, putting together a team of volunteers to help with campers who are having a hard time with the program, and inviting guest speakers who have been in hard places when they were the age of the campers and yet overcame through the power of the Holy Spirit. These changes in our program have helped immensely. Over time we have enjoyed seeing fruit, including several Angel Tree campers coming on the staff, completing Recharge Bible lessons and taking the good news of Jesus back to their families, friends and neighborhoods.

One of Frontier Camp’s core values is interdependence in ministry. This is on full display during Angel Tree Week. One of the key elements of this is the financial support component. You see, Angel Tree campers do not pay to come to camp. There are even buses that pick them up in Fort Worth and Houston and bring them to camp. The Prison Fellowship/Angel Tree organization works hard to raise half of what it costs to send these campers to camp. Faithful friends of Frontier Camp then bring in the rest of the support.

Our Board of Directors has even made a policy stating that lack of finances will never be a reason we turn away a camper. So, hundreds of children and teens have made the bus ride to Grapeland over the years for a week of camp.  They come to try out new things such as horseback riding and water-skiing all because of hundreds of faithful partners. And, lives are being changed.

Anna (name changed for identity protection) is fifteen years old, lives in Houston and made her fifth trip to Frontier Camp this summer. Her dad is in prison; she lives with her mom and step dad and doesn’t go to church. Her second time here, she announced to her counselors, “I want to know everything there is to know about God!”.  She enrolled in Recharge (our year-round through the mail Bible Study ministry) and began earning certificates for completing series such as “Now that I’m a Christian” and completing studies on books of the Bible like Philippians.

Anna has been to one of our full weeks of camp now as well.  And she has a stated goal of becoming a counselor at Frontier Camp. If you ask her how she got saved she’ll tell you that her dad shared the gospel with her when she was young. He made some poor choices after that and is incarcerated today, although he will be released soon. With the ministry of Prison Fellowship, he has worked hard on some areas in his life.  He hopes to be a part of Anna’s life going forward. In Christ, there is much hope!

If you’d like to help bring hope to kids like Anna, contact us to learn more about how to support Angel Tree Week. With PFM contributing half of the cost for a five-day camp, as little as $250 will get a child or teen to camp. Prayer is also critical. As the campers from Angel Tree 2019 head home today, will you stop and pray for them? Ask the Lord to help them remember the lessons they’ve learned.  Pray that they would be encouraged by the unconditional love shown them by our staff. Pray that they’ll pick up the copy of God’s Word they were given this week, read it and live it!  Hallelujah…God is working! 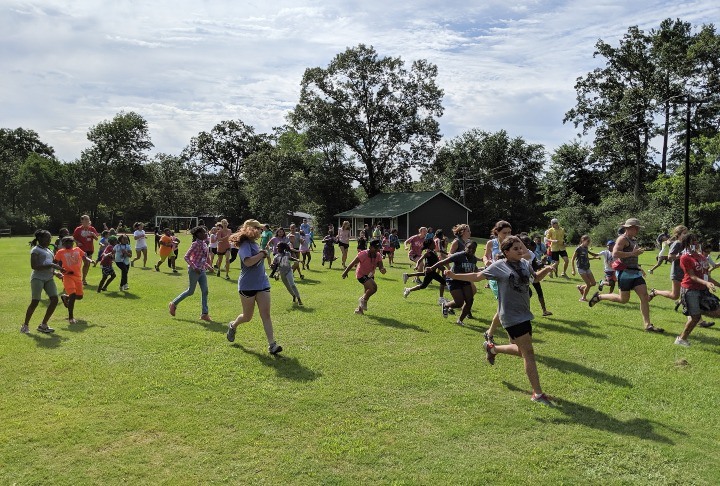