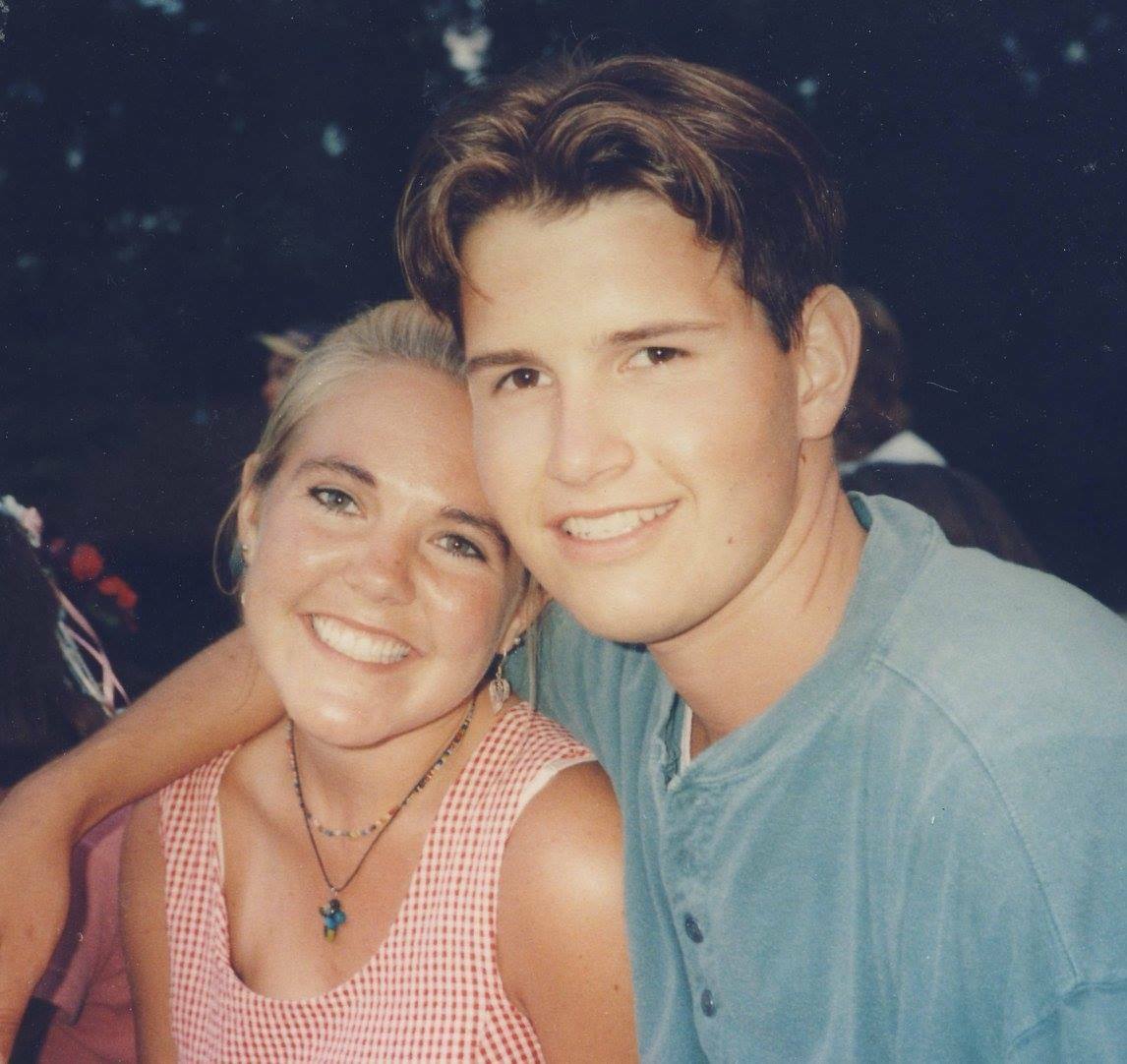 Faith, Friendship and a Broken Foot

Frontier Camp is well-known for “faith, fun, and friends.” The fun is often the main attraction; but when the fun fades, it becomes clear to many that relationships – with Christ and with others – are where the greatest value lies.

Carla Towery spent her first summer at Frontier Camp in 1983. The 7-year-old camper didn’t want to go home at the end of that first week. But she came back every single chance she could until she was well into her twenties.

While she always enjoyed the time in the great outdoors, it was at Frontier Camp that she came to know Jesus Christ. It was a desire to share Him with others that kept her coming back.

“Frontier Camp has had a huge impact on my life,” Carla said. “I met the two most important people in my life there – Jesus Christ and my husband. My walk with the Lord began at camp.  It was also there that I was given opportunities to grow in my faith and to serve Him. I saw God work in amazing ways and had the privilege of praying with many campers as they accepted Christ.”

While working there on staff, she met a young man named Brian Villanueva.  Brian shared her heart for the Lord and desire to see kids come to know Him.

Brian went to camp for the first time when he was 10 years old. Although he initially attended by himself, he brought friends in subsequent summers.  It wasn’t long until many families from his church were coming every year.

“I was a kid,” he said of his experience at the time. “I was just going for fun and kept coming back because it was the best week of my year,” he said. “When I started to get older and was eligible to go on staff, it was kind of … it seemed like the natural next step, like why wouldn’t you do that? It was a place that was special to me at that point, and I couldn’t think of a better way to spend my summer. I loved the idea of working as a counselor and being a part of the lives of all of these campers.”

Brian also appreciated the “intentional ministry” of the full-time staff to the summer staff, teaching and training them to become leaders.

“It wasn’t just about campers,” Brian said. “The mentorship was appealing. I could tell that it was purposeful. It was not just to contract out college students to help run the camp for the younger kids but they were also pouring into the high school and college staff.”

Carla became a counselor in 1989 and stayed on staff through 2000. She, too, said she forged lifelong bonds with her co-workers and campers.

“When you work in the trenches with others, you’re sweaty and gross, with no makeup, and you know the real people that you’re working with,” Carla noted.

She headed up the Recharge program for three years – a discipleship ministry to keep up with campers during the months that they’re not at camp. She now manages the Frontier Camp Prayer Warriors Facebook page and has served as a guest speaker at retreats and other events.

But it was a special moment in 1997 that Carla and Brian remember well. The Villanuevas’ story follows the Frontier Camp concept of “faith, fun and friends”.  But also involves a foot – a broken foot.

On the first day of staff week, Carla, who had been hired as head of the waterfront, broke her foot and had to have surgery. The injury relegated her to an office job, and then-director Wes Woodard encouraged other staff members to visit her.

“I got up every morning and got myself to the office where I sat every day alone with a telephone and a computer,” Carla said. “Someone even had to bring me meals since I couldn’t open the dining hall doors, and manage a plate of food and the crutches all at the same time.”

At the time, Brian was teaching a new activity – “Sports”.  One of the classes wasn’t full, so he had an off period every day. He used the time to stop by the office and visit Carla.

“Once I got rid of the crutches, I was able to get out a little bit more.  But he still came to see me.” Carla recalled.

The pair began dating and has now been married for almost 20 years. Each of their four children has been a camper at Frontier Camp during the summer or on weekend retreats.

Brian recently completed a 12-year stretch serving on Frontier Camp’s board of directors.  But he says, “Our contributions seem minimal compared to what we’ve gained.”

The Villanuevas frequently visit the camp in Grapeland where they strengthened their faith in Christ and found each other.

“In a world where you can get lost in busy schedules and ‘friends’ are on social media, camp is a place where you’re known,” she said. “Each camper is known. Each staff member is known. Even for those of us who have been gone a long time, camp is still home. The one thing that I’m confident to say will never change is camp’s commitment to teach scripture and share the gospel with everyone who comes through the camp gates.” 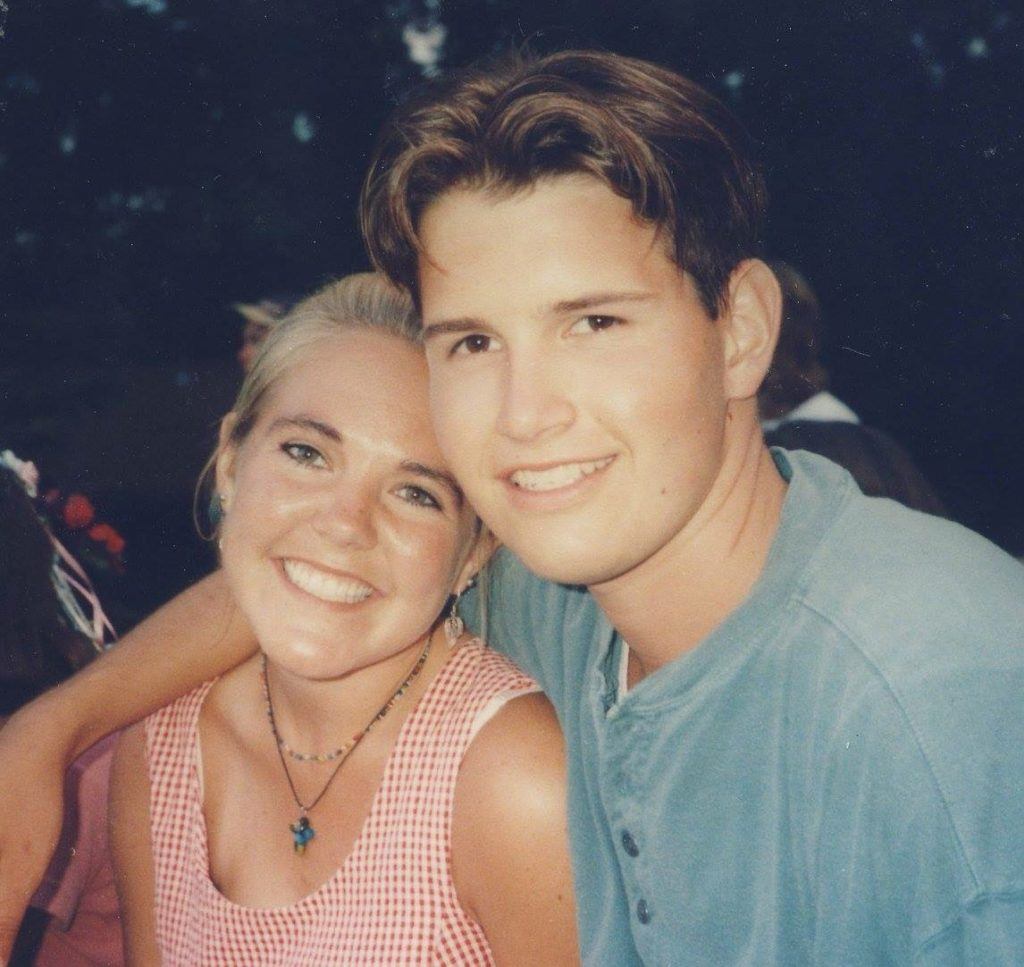