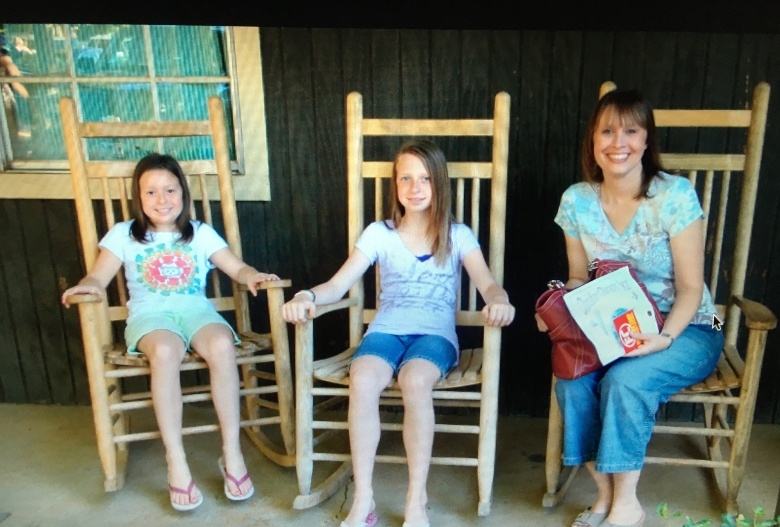 Ask Patti Huff what Frontier Camp means to her and there’s not a simple answer. It’s people. It’s faith. It’s enthusiasm for life and others. It’s rodeos, campfires and worship. It’s spreading the gospel of Jesus Christ.

Dubbed a “camp grandma,” Patti has partnered for several years with Frontier Camp to create opportunities, both at camp and through First Baptist Church Grapeland, to lead others to Christ.

Patti moved to the East Texas town of Grapeland with her family when she was 14 years old – kicking and screaming.  “Now you can’t drag me from here,” she says. “I love this community and the people in it.”  She became aware of Frontier Camp through her daughter’s friends, among them the Woodard and Betz families. Over the years Patti began attending Tres Dias weekend retreats at the camp.

Frontier Camp sits on Houston County Lake in Grapeland, just down the road from Patti’s home and church. A partnership through prayer and giving seemed logical. She became friends with many camp staffers who volunteered at FBC’s Vacation Bible School and Awana youth programs.

The first VBS leader Patti worked alongside was Maggie Raines, who assisted with 3-year-olds, including Emma Raines and Patti’s granddaughter Sarah.

Patti also attended a mother-daughter retreat with her daughter, Mary Jane, and granddaughters, Katherine and Sarah. Her granddaughters have been campers and Sarah had the opportunity to serve on work crew a few summers ago.

Sarah now says she hopes to meet her future husband at the camp. She wouldn’t be the first as Frontier Camp claims to be the meeting place for 43 couples who later wed.

“I don’t know if I can express what Frontier Camp and the people who serve there have come to mean to me,” Patti explained.

Eighteen years have passed since she first bonded with camp staff, many who are still there.

“I can honestly say I have grown in faith through the relationships I’ve made at Frontier Camp,” she said. “These people have impacted my life and are probably not aware of this. Through my family, my church, my friends and my Frontier Camp friends I have been able to meet each test in my life and grow through it. They have lifted me up. I have prayed for them and I’ve been prayed for by them.”

Patti’s husband, Kenneth, trusted Christ at a young age but was torn because of the arguments between Christianity and science.  “He read and studied the Bible trying to make the two work together,” Patti recalled. “He went back to FBCG to learn more from the pastor and members and try to reconcile the two.”

Around that time Frontier Camp Director Matt Raines was teaching a class on systematic theology.  “Kenneth was blessed through Matt’s teaching,” Patti said, noting that her late husband told her that Matt was a big influence on him during that time.

Kenneth was diagnosed with cancer and passed away in December 2003. The example set by Frontier Camp and its families has encouraged Patti, her family and FBCG members to increase their service to the community, children and the church.

“I’ve seen service before but it is different with Frontier Camp,” Patti said. “The Awana program at FBC would not be what it is without the volunteers from FC. They always step up – especially when we’re in a bind. They are great role models for the kids and for the other leaders – both young and old.”

“Sparks has thrived through Hans’ leadership and enthusiasm for the Lord,” said Patti, adding that camp staff members attend the church, help with youth programs, serve on committees, teach Bible studies, lead Sunday school and fill the pulpit when needed. “Frontier Camp personnel also support our schools and community functions. Some have become involved with the Boy Scout program, t-ball and basketball programs, 4-H and county fairs. When Lake Baptist needed a pastor Matt Raines and Arthur Betz stepped up to help there.”

Camp staffers can also be found teaching cooking classes, assisting with the church orchestra or helping out at a local nursing home.

“If there’s a need in the community Frontier Camp can be counted on to lend a hand,” Patti explained.

The partnership has proved fruitful on both ends as First Baptist Church financially assists with Frontier Camp’s mission trips to Haiti, offers scholarships so kids can go to camp and helps with building projects. Patti said she is honored to be part of Frontier Camp’s ministry.

“I think the energy and enthusiasm they exhibit is a draw to the world,” she said. “I have heard and read many testimonies of camp kids who learned about Jesus and His love for them through camp. Many young people who have worked in the summers have chosen to serve Christ in their adult lives.”

One of Patti’s favorite scriptures is Matthew 5:16: “Let your light so shine before men, that they may see your good works and glorify your Father in Heaven.”

“I think this epitomizes the work that Frontier Camp does,” she said. “I see the wonderful works being done and I am amazed at the goodness of God. There is indeed a bright light shining in Houston County.”


Error: API requests are being delayed for this account. New posts will not be retrieved.

Make sure this account has posts available on instagram.com.