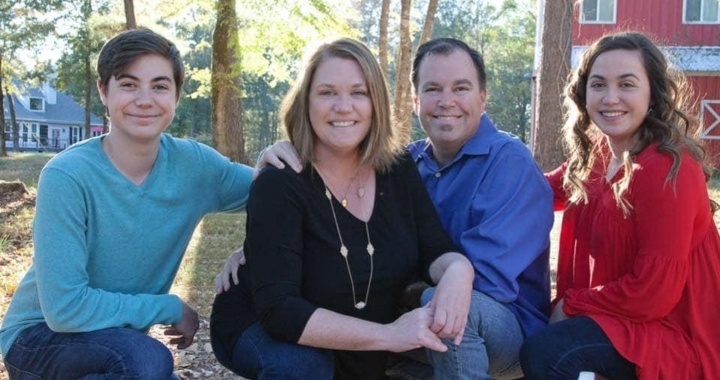 Firefighter shares faith on the job

Frontier Camp is a larger-than-life playground for youth – complete with horseback riding, archery, crafts, hiking, riflery and a lake for waterskiing, wakeboarding, and canoeing . It’s also a place for self-reflection, learning about Jesus, and making friendships that last a lifetime.

Andy Burkhalter started going to the East Texas camp when he was in sixth grade.  While he loved the outdoor activities as a child, he later found his niche in shadowing the camp’s maintenance director, Henry Kiefer.

Andy, the eldest of three boys, enjoyed sharing the Frontier Camp experience with his brothers, Spencer and Jason.  “We all attended Frontier Camp,” he said. “It was nice having family there because we could share our experiences.  And throughout the rest of the year, my brothers and I could always talk about camp.”

Andy kept returning each year for the variety of Bible themes and activities.  “What I remember most are the friends, the Bible messages, nature, separation from the outside world, and working with Henry,” he said.

In addition to leading young men and women to the Lord, Frontier Camp leaders work hard to mentor the high school and college students who spend summers as counselors, work crew, activity leaders, kitchen staff and other positions. Everyone is treated as an important part of the team.  And the one-on-one discipleship leads many to return summer after summer.

“I spent multiple summers with Henry trying to keep camp running,” Andy recalled. “I enjoyed working with him, learning a lot about repairs and other things while developing a good friend.”

Now a firefighter living in the Houston area, Andy and his wife, Debbie, have two children.  Both have attended Frontier Camp as campers and have worked there just like their dad.  Andy returns to camp each spring to conduct the camp safety inspection. He says his faith in Christ keeps him grounded as an emergency responder.

Andy shared this verse that signifies his experiences at Frontier Camp:

“For His invisible attributes, that is, His eternal power and divine nature, have been clearly seen since the creation of the world, being understood through what He has made. As a result, people are without excuse.” – Romans 1:20