From the Sheep Pens 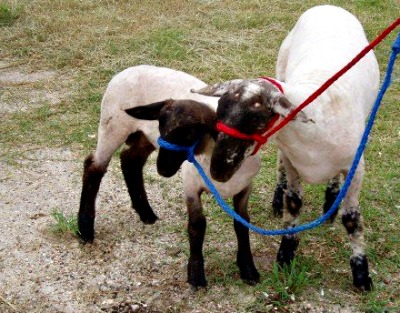 Epic stories have always drawn me. Whether it was tales of King Arthur and his knights, Robin Hood and his Merry Men, or Aragorn and his hobbit friends, I have always loved tales of the little guy fighting to defeat the big bad villain. So when I discovered the story of David and Goliath at the ripe old age of seven, I couldn’t put my Bible down until I had devoured all of I Samuel and most of II Samuel too. It wasn’t long before David and his Mighty Men joined my band of heroes.

To this day, the stories of David remain some of my favorite Bible passages. There is so much that we can learn from David’s life, from his mistakes and his triumphs, from his heart for God, the victories he wrought, and the way his soul cried out to the Lord in the Psalms.

David was a man of seeming contradictions. He was a fierce warrior … and a shepherd. He was a mighty king … and yet a humble man. He was a man after God’s own heart … and yet he stumbled and fell in terrible ways. But when he picked himself up again, he always returned to seeking after God.

His love for God and his trust in God’s love for him never faltered.

Many of my favorite stories take place when David was a warrior, outlaw, or king. But long before David was crowned king, long before he stepped onto that battlefield with just a sling and five stones, long before he was known as a “brave man” or a “warrior,” he was a shepherd.

Accustomed as we are (or at least, as I am) to fantasy tales of the “chosen one” and the importance of shepherd boys, pig keepers, and orphaned children in literature, we can easily gloss over this fact and eagerly look forward to David becoming the man we know he will become. But until the prophet Samuel showed up in Bethlehem to anoint the Lord’s chosen king, David didn’t know his destiny. He didn’t know that he had been selected to rule Israel. He didn’t know that one day he would be known throughout Scripture as a man after God’s own heart. He didn’t know that God planned to build an everlasting kingdom through his line.

He was just one of countless other shepherd boys in Israel, spending his days watching the sheep, frightening off predators, and enduring long hours of mindless drudgery while the sheep ate and drank and nothing happened.

David was just an ordinary guy. And yet at the same time, he was completely extraordinary, because his heart was turned toward the Lord.

One of my favorite verses describing David is in Psalm 78:70-72: “He chose David His servant and took him from the sheep pens; from tending the sheep He brought him to be the shepherd of His people Jacob, of Israel His inheritance. And David shepherded them with integrity of heart; with skillful hands he led them.”

Compared to the trials he faced as a warrior, outlaw, and king, the sheep pens could be considered the easy part of David’s training. Serving in the sheep pens wasn’t glorious. It wasn’t exciting. Occasionally, it might be dangerous, but it certainly wasn’t heroic. But as David served faithfully in the mundane tasks set before him each and every day, God sculpted his character into a man who would be faithful in the big tasks as well.

Sometimes the places we find ourselves in life aren’t pretty.  Sometimes we’re knee deep in the muck and the mire, slogging through the swamps, or tramping beneath a blistering sun through an endless desert. And sometimes, we’re stuck out on the hillside watching the sheep.

It can be tempting to grow discontent, to grumble and complain when our lot in life isn’t what we think it should be. But try thinking about this instead: if the sheep pens were David’s training ground, what could God possibly be training you for, through the circumstances that He has placed you in?

So what do we do? Let’s take life one day at a time. Use each moment in the “sheep pens” to show ourselves faithful in the little things, to train our hearts to seek after the Lord, and to find peace in the knowledge that God so often chooses the weak people of this world, the small, “worthless,” forgotten ones, to accomplish great things for His Name.

Why? So that just like when David killed Goliath, everyone will know that “it is not by sword or spear that the Lord saves; for the battle is the Lord’s …” (I Samuel 17:47b)