Well today wraps up the first full day of camp here at Jacob’s Well! The day ran like clockwork… a Haitian clock that is (which is my new favorite kind of clock). The morning started off with an early breakfast at 7:00 am. We had some delicious porridge/oatmeal along with toast and fresh squeezed juice. The food we have been served by the talented staff here has been consistently amazing.

The campers showed up a little later than we planned this morning, 9:30 instead of 9. Haitian time. And we started later than we planned, 10:30 instead of 10. Haitian time. But that delay didn’t affect the fun or the gospel one iota! First period classes was a hit with everyone. Our first Jonah themed Bible Drama was a huge hit. Tomas Johnson stole the show as Jonah without speaking one word. The Haitian program director Smitt, led the devotional afterwards very skillfully. He knows the Word and can handle a crowd of Haitian youngsters like a pro!

Lunch was a rice and beans dish served in generous portions. The campers all washed their hands and got their food very orderly and efficiently. They loved everything we did all day, even hand washing! Our trip team members gathered up plates from the first few cabins when they were done eating so they could be washed and re-used for the last few cabins. This provided some fun interaction time between our team members and the campers.

The second and third periods of the day went just as well as the first. In fact, I met Jackie Chan on the baseball field!!… turns our Jackie is 9 and Haitian, who knew? This little boy asked me “What is name?” and I said, “Stuart”. Then I asked him his name and he said, “Jackie Chan”. We all instantly digressed into “hi-yas!” and spinning round house ninja kicks. Apparently someone has gotten ahold of “Rumble in the Bronx” or “Rush Hour 2” here in Limbe because the little boys loved “ninja” moves!

The day concluded, ahead of schedule. Haitian time. Tomas once again had an Emmy-worthy performance of Jonah being swallowed and spit up by the fish. However, Ben Butler may have up-staged him in his performance as the fish. Video was taken. You can decide the star for yourself! The campers and staffers were rolling all over the hillside laughing at the pantomime skit.

All in all the day went swimmingly. The Haitian counselors were pretty good overall. I broke up one “fraternization” circle, but I also did that all summer at Frontier Camp, so no big deal. The kids loved it and were apparently better behaved than previous summers.

The day ended with some relaxing, good food, and a devotional in Ezra 3. Tomorrow looks forward to another day of camp and the first day of the two day youth leader’s seminar led by Gersan and myself. Gersan and I talked and planned about a long term goal to develop an effective working model for youth leaders/pastors to implement in all the areas in Haiti that Gersan has an influence. Be praying for effective communication tomorrow and the leaders to be willing to put a different and more exuberant effort into youth ministry in their communities. Stuart signing off.… oh by the way it was 66-80 degrees today. Was it cold in Texas? 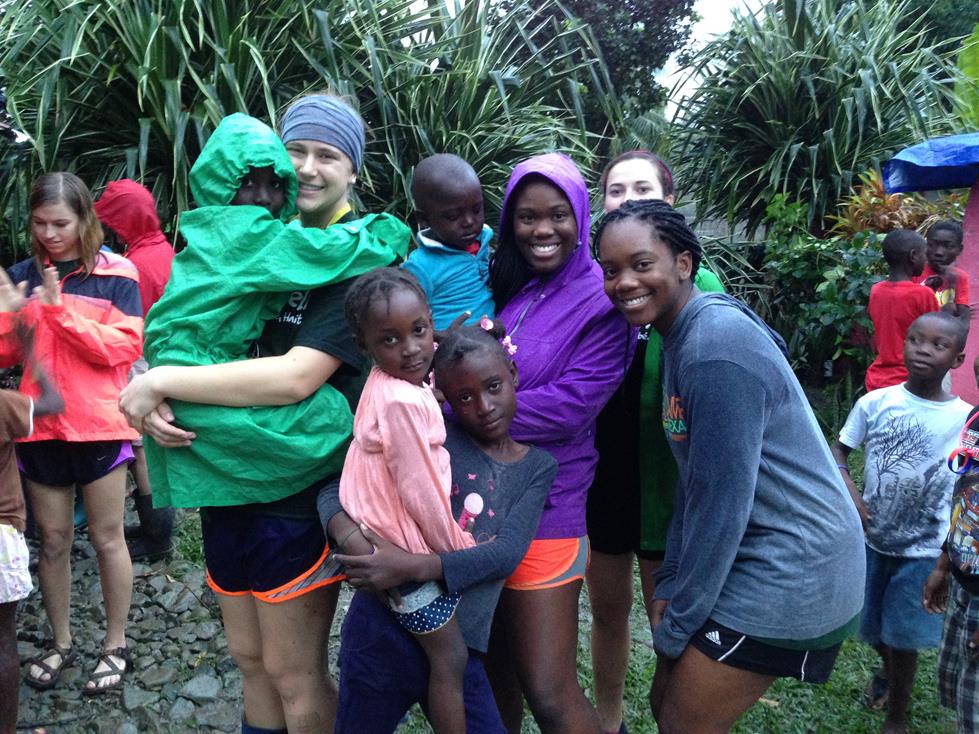