Praise the Lord for another wonderful day here in Haiti. The second day of day camps was successful and even smoother than yesterday’s camps. The Haitian leaders are settling in to their roles, and the Americans are practicing their creole phrases and doing their best to communicate more with the kids and the Haitian Staff.

At Jacob’s Well, the campers continued rotating through various activities such as archery, riflery, field games, steal the bacon, crafts, Bible Memory, 9 square, pit ball, and team challenges. They also enjoyed watching two more dramas today covering more stories of David and Saul. Everything went smoothly, and lunch was served much quicker which was an improvement from yesterday. 🙂

Mobile camp in the nearby village of Letiro also had a successful second day. We are encouraged by the dedication and excitement of the leaders as they pour into the kids there. One of the kids’ favorite things today was the paper airplane craft which they colored and flew around afterwards! These kids also watched the Bible drama and received a clear explanation of the Gospel from Pastor Gersan Valcin.

Back at Jacob’s Well, work projects got more intense today, as a crew consisting of Lee, Jack, Eliot, and Ben began digging holes and cementing in posts for a fence around the border of the camp property. They made a lot of progress on the fence, and after camp was over, more of the team joined in to help transport buckets of concrete up and down the hill to the posts that were being set. It was hard work, but they endured it joyfully with smiles on their faces. Another crew also worked on some more wedding prep, decorating the pavilion at Jacob’s Well for the wedding reception. It looks beautiful!

After cleaning up from work projects this evening, we enjoyed a delicious meal of fried chicken (the best we have ever had!!!) and rice, along with some spicy cooked broccoli and okra. Yum! The rain held off for the day of camp and work projects, but we enjoyed staying dry during our evening devo under the camp pavilion while listening to the beautiful sound of rain on the tin roof.

We’re getting ready to head to bed now, but are taking some time first to do a little team bonding…some intense games of spoons! We will soon be headed to bed and ask that you pray for us tomorrow as we have our final day of camps and have the chance once again to pour into the Haitian kids and staff.

Thanks again for your support and prayers! 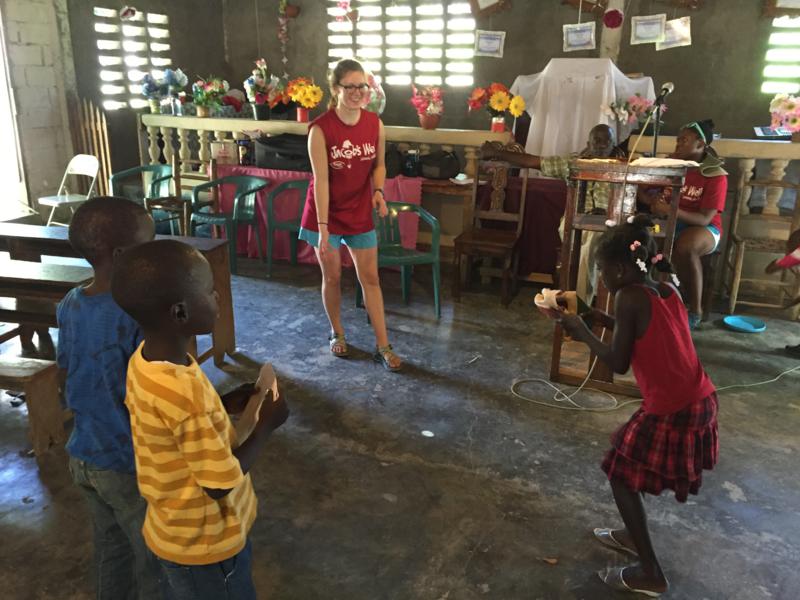 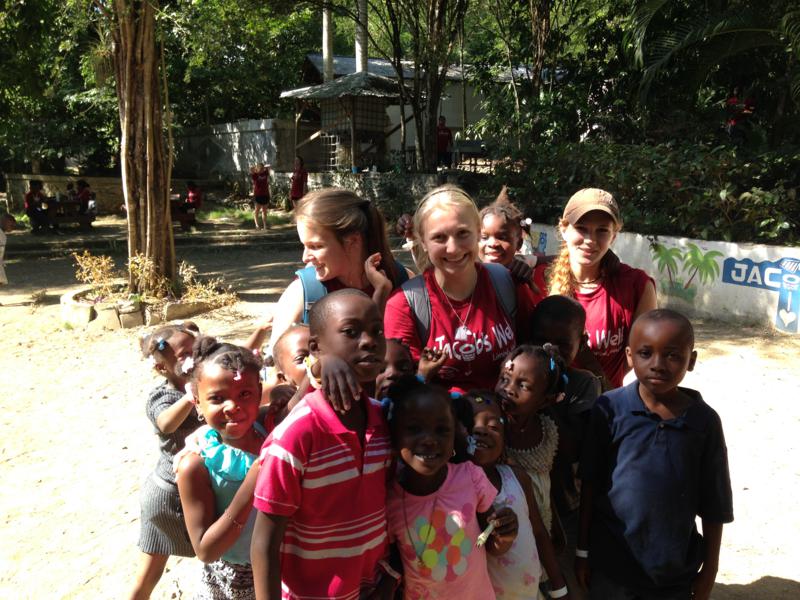