We have had a great two days of camp so far. Because of the schedule change, our evenings have been packed with prep for the next day, so we have been going to bed fairly late. Another early morning was brightened by a wonderful breakfast from Alicia—pancakes and fresh mango, coffee, hot chocolate, and grapefruit juice. After a devotion from Hans on Isaiah 40:28-31 (a timely reminder to rely on God’s strength and not our own, especially when we are weary), we launched into the day.

Today, the teams were given the opportunity to swap between Jacob’s Well and Mobile Camp but opted to stay at the same locations. At Jacob’s Well, we had three activity periods and two exciting dramas that continued the story of Joseph. (We had some stellar performances from the Jacob’s Well drama team, including Isaac’s Joseph, Amy’s Pharaoh, Elizabeth’s Cupbearer, and Jordan’s Chief Baker.) Afterwards, we enjoyed listening (and attempting to translate for ourselves) as the Haitian leaders gave a teaching and application from the story and helped the kids through their memory verses. Once again, it is so exciting to watch the leaders step up to teach their kids and serve them. It’s common to hear groups singing or chanting their memory verses as they wait for a meal or are on their way to their next activity.

Konrad and Noah continued the lighting project with a few detours for camp maintenance on popular activity sites, like the pitball pit (or ballon en follie, as they call it here.) Meanwhile at Mobile Camp, the team had an awesome day. The four activity periods ran much more smoothly since the Haitian leaders understood how everything worked. Jump rope was a popular addition, and so were sack races, once a prize was offered to the winning team. For crafts, the kids enjoyed braiding yarn bracelets, while the soccer field was popular not only with the kids but with the goats too. Mobile Camp concluded today with a thank you from the pastor and an invitation to come back and offer camp again for the kids! Hosting Mobile Camp has opened the eyes of the pastor and the leaders to the brokenness of the community that they live in and the opportunity that they have to serve them. The team passed out snacks to the campers and waved “orevwa!” as they left.

After the campers left Jacob’s Well and the Mobile Camp team returned, we enjoyed fellowshipping and swapping stories up at the pavilion until dinner, while listening to beautiful music supplied by Jordan and her mandolin. We are now getting ready for our evening devotion from the life of Joseph and then plan on packing things in a little earlier tonight for some much needed rest. While Mobile Camp came to a close today, camp will continue at Jacob’s Well tomorrow, and we can’t wait to see the kids again! 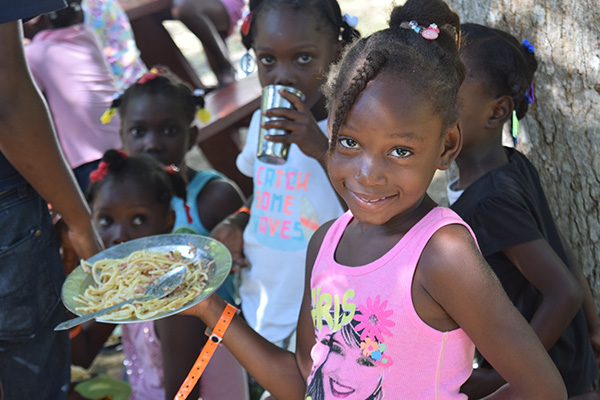 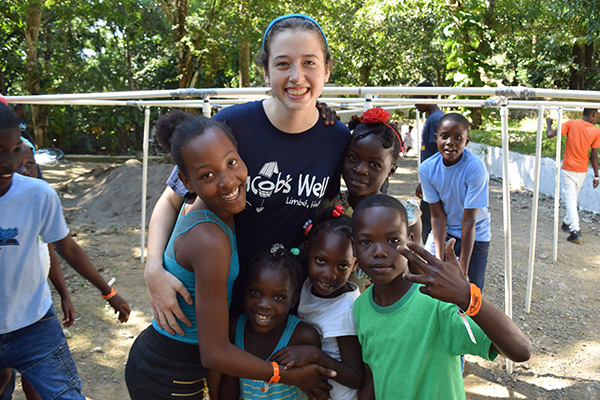