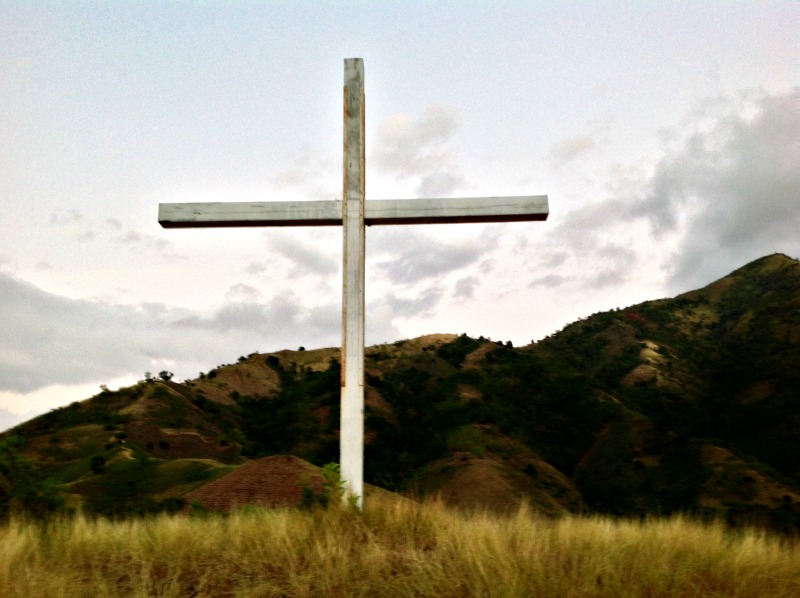 I’m not a big fan of movies or dramas that portray Jesus. At Frontier Camp in our programs, we have rarely done a Bible drama that involves anyone portraying Jesus. (In brainstorming with Hans we could recall a scene with Jesus walking on water out in the lake and one calling Lazarus out of the tomb but you only saw the actor from afar or his back.)

I love to act in the different campfire and Bible dramas around camp, and I would find it personally very difficult to play the role of Jesus. I mean, how do you portray the God-man? And, if I won’t do it, I wouldn’t ask one of my staff to do it either. When it comes to Jesus, I think we are best served to stick to His Word. Reading it and challenging the campers with it.

That said, I did take my wife to go and see the new movie Risen. I liked it because the focus was on the Roman military tribune, Clavius and his journey toward Jesus. And what I really liked was watching the character Clavius as he was confronted with the ever growing reality that was the resurrection. This battle-hardened character goes through quite an evolution as he grapples with the fact that Jesus did indeed rise from the dead.

Paul points out in 1 Corinthians 15 that the death and resurrection of Christ are of “first importance.” In fact he states that the resurrection is so important that if it didn’t happen then, “our preaching is useless and so is your faith.” The resurrection of Jesus is truly the event on which Christianity hinges.

Paul goes on to say, “But Christ has indeed been raised from the dead, the firstfruits of those who have fallen asleep.” There is a lot in that sentence. First, I love the word “indeed.” We are being told emphatically that the resurrection is a fact. Second, Christ is the “firstfruits.” Last year, I planted this odd citrus tree that I bought on clearance. Shortly after planting, it produced four handball sized fruits that were very tasty. This spring, lots of little fruits are forming. I can’t wait to taste the first one. It will be a sign of the good things to come. How much more was Christ’s triumph over death. Believers will all experience the same!

Thirdly, I love the words “fallen asleep.” I heard an expert in children’s ministry once state that those working with children shouldn’t use “asleep” when referring to death. Really? Daniel 12:2, John 11:11-14, 1 Thessalonians 4:15-17 all trump that expert. Daniel, Jesus, and Paul in those verses refer to death as sleep. Sure, death is a separation. Sure it is an end of life on earth. But it is also temporary and something from which we will rise. I can’t wait. Jesus blazed the trail for us and made victory over death possible.

As you reflect on Easter and why we celebrate this holiday, I hope you are fully convinced of the reality of the resurrected Christ. If you are not, I pray that you will become convinced much like Clavius in the movie. And, once convinced, like the fictional character Clavius, I trust you will see there is only one rational response, follow Jesus.