Anyone who has lived through childhood most likely remembers a time when they were away from mom and dad for a period of time.  An overnight Summer Camp provides a chance for kids to experience faith, fun and friends in a setting designed to develop children’s confidence.  To provide supervision and safely guide that development, a counselor is asked to step to the plate.  A child’s experiences with hired caregivers can vary widely, and are determined primarily by the character of the “player.”  Counselors can be classified as follows:  the “strike out,” the “bunt,” and the “grand slam.”

The first type of counselor, the strike out, comes to the job with one thing in mind – self.  This individual wants to know what’s on the camp menu, what recreation is available for staff, and which activity assignment is the most comfortable and convenient. While this caregiver’s back is turned, havoc prevails as unsupervised children rock the cabin. The strike-out typically contributes to camper discipline issues by ignoring inappropriate behavior and modeling indifference.   The strike out is a monumental disappointment to the campers who have rightfully anticipated better.  Left to fend for themselves, this scenario is both dangerous and unacceptable for any child and parent.

Next, the bunt sidles to the plate. This batter puts mom and dad at ease with the friendly smile, the understanding nod, and the promising wink at the campers as the parents leave. However, upon the parents’ departure, the “swinging stance” devolves into the bunt.  This player is not interested in investing time in the campers and is unwilling to sacrifice personal preferences. In this scenario, the children’s basic needs are met, but emotionally, they are left wanting.  The bunt is built on false appearances.  At the end of the camp week, the bases seem to be covered.  The cabin is clean and in order, and all seems well; the children, however, know better. The week was a no-hitter.  This player’s game plan was to remain free of inconvenience, and that’s exactly how the game played out.  Bottom line:  It was boring, and the tickets were over-priced.

Finally, the grand slam hitter steps with confidence to the plate. This team player both looks and plays the part. Not only are the camper’s needs met, but relationships are forged, creativity is unleashed, and memories are made that last a lifetime. The grand-slam is not afraid to get grass stains and a few scrapes and bruises here and there.  This player will run the extra lap to make sure that every inning counts.  Cheers turn to groans when this star player leaves the field. 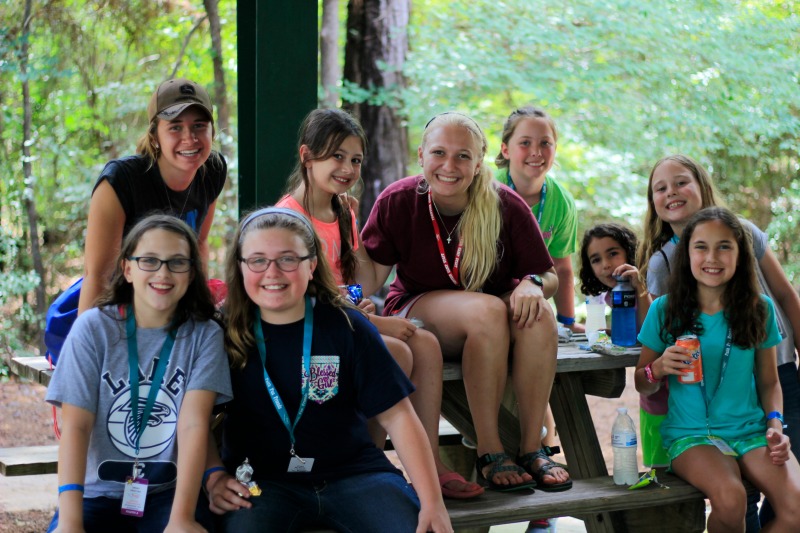 Counselors come in many forms, from self-serving “ball hogs” to outward focused team players.  What child, or parent for that matter, wants to spend a camp week with a “two-percenter?” Counselors have a unique opportunity to positively  impact and change the lives of the children they serve.  What a waste not to come to the park ready and willing to leave everything on the field.  Here at Frontier Camp, we work hard to hire and train our counselors to be all stars.  We trust that no child ever have to endure the selfish strategies of the strike out or the bunt. Rather, let every child’s inner stadium go wild with the roar and the excitement of the grand-slam of a week at camp!