How Well Do We Really Know Our Savior? 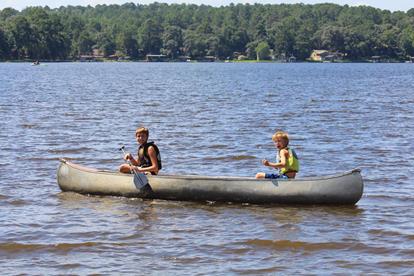 Last summer during staff training week I was in a canoe with a veteran staffer and we got to talking about Jesus and Hebrew culture. As we were paddling across the lake on a scouting mission, talk of Jesus filled the conversation. It was deeply refreshing.

“If we were in New Testament time in Israel, we would probably be a laughing-stock because of how little we know about our Rabbi.”

This statement made by the staffer got me thinking.

How well do we know our Savior? We talk about Him a lot. We get offended when TV characters use His name as an expression of anger. But do we KNOW Him?

Do we know anything that He SAID besides, “Judge not lest ye be judged”? Did you know He said that bearing fruit as a believer pleases God and proves you’re His disciple? (John 15:8) Did you know He told us to think of ourselves as “unworthy slaves”? (Luke 17:10) Did you know when the disciples wanted to excuse the 5,000 to go eat Jesus said, “You give them something to eat!” (Mark 6:37)

Let’s use this week as a restart button. Let’s commit to knowing our Rabbi and doing what He says. The victorious Christian life is simple, but it does require concerted effort. Let’s not leave the conversation in the canoe. Let’s take it with us wherever we go so it can be said of us as it was of the disciples, “Now as they observed the confidence of Peter and John, and understood that they were uneducated and untrained men, they were marveling, and began to recognize them as having been with Jesus.” (Acts 4:13)