It’s been pointed out to us that we’re missing a key opportunity for spiritual growth around camp: our cabin names. Sure we have morning and evening devotions, campfire messages and worship during the day, but is it enough? Think of all the times a camper sees their cabin name, or hears it called out by their counselor. That’s untold opportunities for spiritual growth just waiting to happen. We heard from several concerned parents:

“All your cabins and buildings are named after things of this world! There are 66 books in the Bible and you have less than 50 buildings at camp; that’s enough names for everything with some to spare!” – Camper Parent

“You named all your cabins after Texas. Texas revolution heroes and Texas trees and Texas rivers. Are y’all a Christian camp or a Texas camp?” – Camper Parent

We tried to explain we are a Christian camp in Texas, but to no avail. The criticism continues to pour in. As such, we have decided, effective immediately, to rename all cabins at camp with Biblically based names. But then we faced a bigger problem. Do you have any idea how many names there are in the Bible? Over 1,700 different names to choose from! We didn’t know where to start. At first we thought about using common names from the New Testament that campers might recognize, but we quickly realized that could get confusing. Imagine a counselor calling out “Over here John! John come line up!” trying to get their cabin organized, only to wind up with 5 extra campers, all named John, lining up with their cabin. So we scrapped that idea. In the end we decided to use Old Testament names. The Old Testament is the foundation of our faith and the cabin structure is the foundation of the cabin group. It just made sense.

Retreat guests this evening will have the opportunity to stay in our exactly-the-same but newly-named cabins, such as this Christian cabin, Zidkijah. 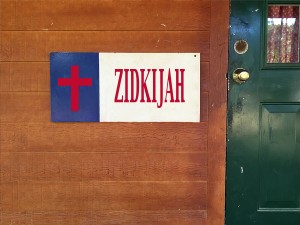 Campers this summer won’t stay in Memorial A and B, they’ll be in Hephzibah Alpha and Beta. 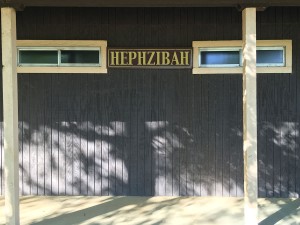 Gone is the confusion of how to pronounce Bowie. Instead, campers will reside in Bakbakkar cabin. 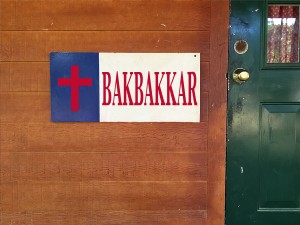 Just think, you could be one the first campers this summer to stay in the newly christened Abishag cabin! Oh, the memories you’ll make! 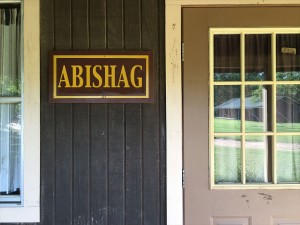 For our teen campers, we’re stepping up the opportunities for spiritual education even further. Not only are we changing the cabin names to Biblical names, we’re writing them in Hebrew on the signs. We’re adding Hebrew lessons as a rec option on Monday mornings just so campers will be able to find their cabin each day. 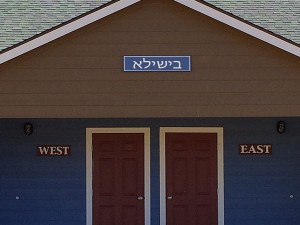 We’re very excited about these name changes and firmly believe the added presence of completely random Biblical names in a camper’s daily life will significantly contribute to their spiritual growth during their time at camp. Up next, we’re brainstorming new Biblical names for all of our meeting buildings and activities. No more Waterskiing at camp, we’ll have Practice Water Walking everyday! We’re sure the new names are going to be a big hit this summer!