On the Shores of the Red Sea 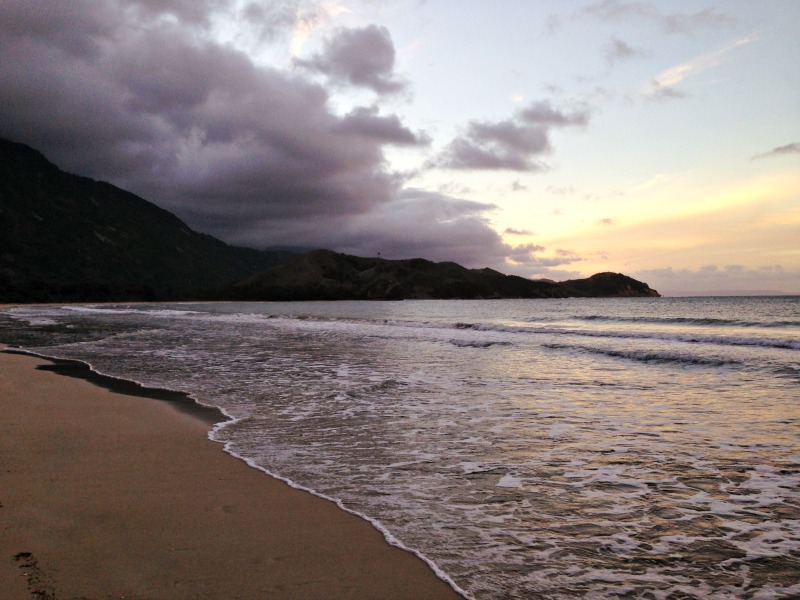 Close your eyes a moment and imagine with me …

You are an Israelite.

Born of a slave into slavery, but for the first time in your life you are free and marching away from the only land you have ever known. You follow a man named Moses who serves the “I AM,” the God who sent plagues upon the Egyptians until they begged you  to leave. Now you journey through the desert following a pillar of cloud that transforms into a pillar of fire by night. You awaken each morning reveling in the taste of freedom. Until one day, you see a shimmer on the horizon that expands as you near until it’s clear that it is water stretching out for miles and miles before you. The Red Sea.

A murmur grows behind you. Pharaoh is coming! Looking back, you see a dust cloud approaching and soon all you can hear is the rumble of the horses’ hooves and the chariot wheels and the terror of the people around you, and you wonder why God brought you out of Egypt to die on the shores of the sea.

Sometimes it feels like we are standing on the shores of the Red Sea. The challenges before us look impassable, overwhelming, and there’s no turning back. In those moments, it can be easy to question, to wonder where God is leading us.

It can be hard to trust.

This is a familiar story to us, but sometimes, because it is familiar, we can miss out on the true weight behind it. Sometimes the way this story is told, it seems like a mistake. It seems like the Israelites just happened to reach the shores of the Red Sea at the same time as the Egyptians.

But that’s not exactly what happened.

Then the Lord said to Moses, “Tell the Israelites to turn back and encamp near Pi Hahiroth, between Migdol and the sea. They are to encamp by the sea, directly opposite Baal Zephon. Pharaoh will think, ‘The Israelites are wandering around the land in confusion, hemmed in by the desert.’ And I will harden Pharaoh’s heart, and he will pursue them. But I will gain glory for myself through Pharaoh and all his army, and the Egyptians will know that I am the Lord.” So the Israelites did this.

This whole situation was orchestrated by God. Not only did he tell the Israelites to turn around to camp on the shores of the Red Sea, He did it to set Pharaoh up, so that His power would be demonstrated and He would receive glory. Following on the heels of the demonstration of God’s power in Egypt, you might have thought the Israelites would get it. But instead, they were so terrified that they started complaining to Moses and accusing him of bringing them out of Egypt to die.

Safe and dry in our comfortable homes, with no sea before us and no army at our backs, it’s easy to judge the Israelites. But how many of us respond in the same way when life gets tough? How many of us struggle with simple trust?

Part of my job working with the horses here at camp includes saddling up new horses and hitting the trails to ease them into the program.  A couple of years ago, I found myself riding a brand new paint named Tuff. At first he was pretty calm, but you could tell he was on the alert. Head high. Ears pricked forward. Then the trail narrowed—trees thick on either side, low branches stretching across the trail, undergrowth spilling over into the path—and just ahead, there was a sharp turn to the left.

That’s when Tuff balked. Stopped short and just stood there, muscles quivering. The poor thing was just plain spooked, and it took me a minute to figure out why.

You see, I knew the path took a sharp turn to the left, but all Tuff could see was the sudden wall of trees in front of him. From his limited vantage point, it looked like I was asking him to ride into a thicket!

The relationship between horse and rider is one of trust. Tuff was new at camp. He didn’t trust me yet. He trusted what he could see more than what I knew. 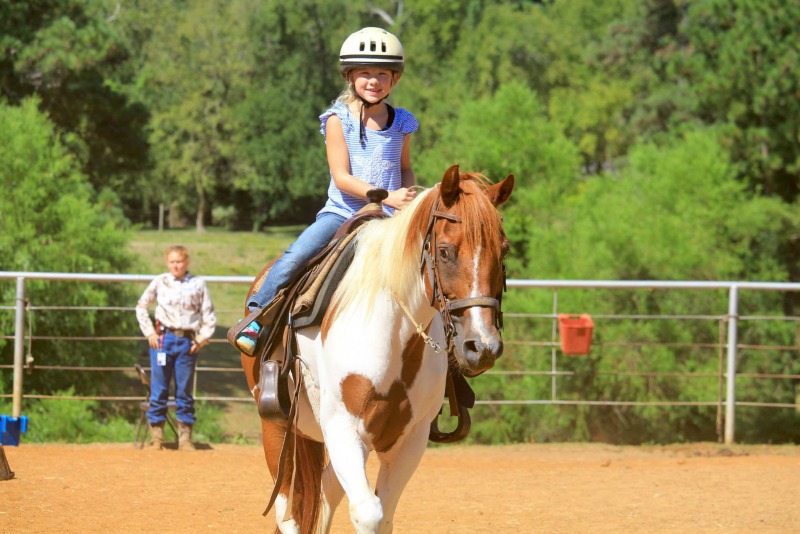 Our relationship with God is similar. So often we trust what we can see. And sometimes all we can see is a wall of trees. Sometimes it feels like we are standing on the shores of the Red Sea, and there’s nowhere to go.

But God knew that the path for the Israelites continued beyond the Red Sea. All they had to do was trust Him enough to wait for Him to lead them through it. Through this one act, God revealed His power to the Israelites, to the Egyptians, and to all the nations who heard the tale. And through the challenges in our lives, God can reveal His power to us and through us and to everyone around us.

So yes, sometimes we can’t see the trail through the trees … or the path through the sea. But in those moments of worry and doubt, we can fall back on what we know to be true. God is Sovereign. This too is in His hands. And God is faithful. He has led us through trials in the past, and He can lead us through whatever challenges we face today.

So that at the end of the day, He gets the glory.

What are some ways God has led you through a “Red Sea” in your own life?
How are you doing at trusting God today?