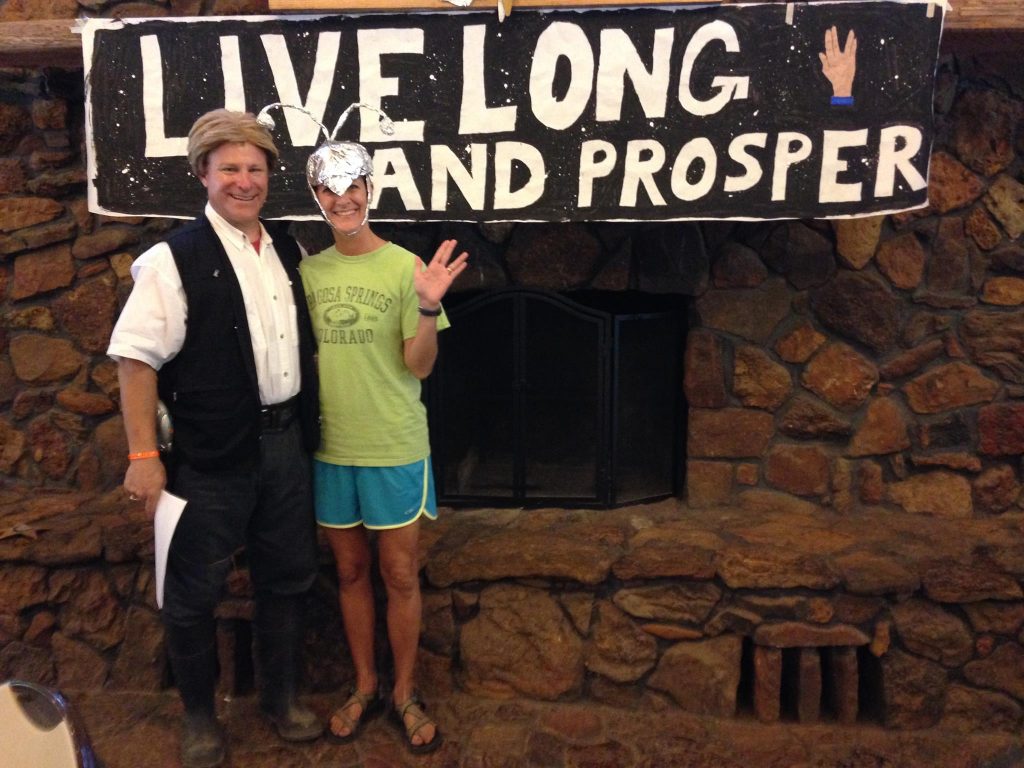 Star Trek or Star Wars? There are passionate fans on both sides of that question (and a few of us in the middle)! There are, of course, also many millions of folks that don’t care about either as they have “more important” things to think about! So it is with evangelism. There are some Christians who are strong advocates for personal evangelism; using one-on-one relationship time as a “bridge” to draw another person into a walk of faith with the Lord Jesus. There are others who urge mass evangelism, flinging the seed of the Word far and wide to as many people as possible to get the Good News out to a dying world before it is too late. So which is better?

Both. Why? Because Jesus gave us examples of both. He met one-on-one with Nicodemus (John 3) and then with the woman at the well (John 4). He also sent out 70 disciples (read Luke 10) as laborers to bring in a harvest (evangelism) and told them this: “Carry no money belt, no bag, no shoes; and greet no one on the way” (vs 4). So what is up with the command not to greet anyone on the way? One of my former pastors makes the answer apparent by pointing out that “the thrust of the sending of the seventy is reaching the cities!”

Note the emphasis on “cities” in this passage. In other words, the message was to be given out “en masse.” While the 70 could have spoken to folks on the road one-on-one, they could make much better use of their time by speaking to many at one time. And the place to find concentrations of people is not along the highway, but in the city, where there are lots of people. Therefore, instead of wasting time on the way, the disciples were to hurry and make the gospel known to the greatest number of people – in the city. Look back at verse 2 in that context: “the harvest is plentiful, but the laborers are few…” Doesn’t it make more sense now? By the way, the history of the early church is filled with examples of group evangelism: Peter at Pentecost and at the house of Cornelius, Paul at the Philippian jailer’s house and at the synagogues in Asia Minor, just to name a few.

So how does this apply to us here at Frontier Camp? Well, we think of camper cabins as “cities.” And that concept of reaching groups extends not only to cabin devotions, campfire times, Bible Exploration and Drama, Teen seminars, but also to recreational and activity times where our staffers live out their faith, and talk about it too (Deut. 6:4-9). We are intentional about creating an un-pressured and non-manipulative environment of evangelism and discipleship in obedience to Jesus’s marching orders of “…go and make disciples” (Matt 28:18-20). We want to be found in agreement with the Apostle Paul in Romans 1:16a: “For I am not ashamed of the gospel, for it is the power of God for salvation to everyone who believes…” 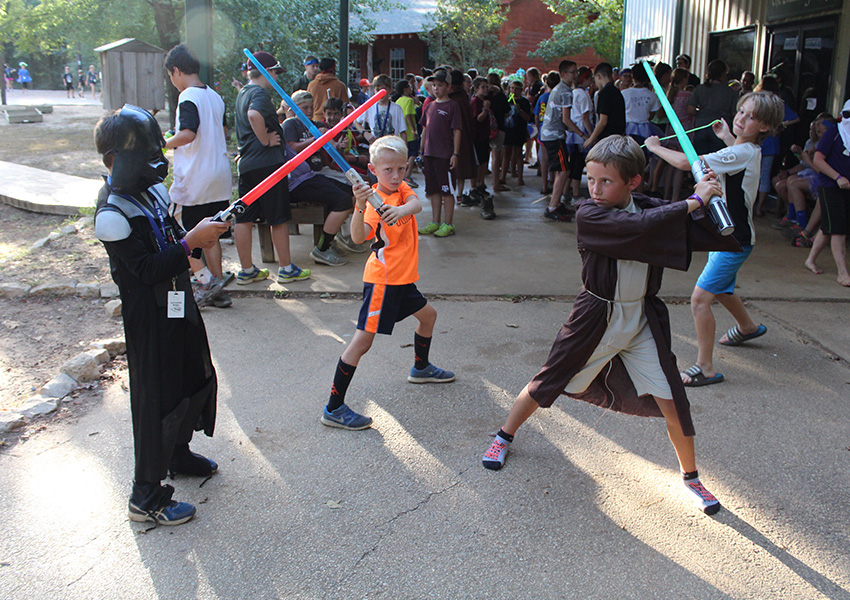 Last week I met a bright young man who turned out to be a former camper, now a college senior about to graduate in a few weeks. He lit up when we connected the dots (I know you – you were my summer camp director!). He then shared with me the exact place (top right bunk of his cabin) where he gave his life to Christ as a Junior camper over 11 years ago. Wow! The seeds sown by a college student intent on living out a summer with an impact as a cabin counselor sprouted into an eternal harvest, and God gets the glory for that.

Oh by way, just like those folks that don’t give a hoot about Star Wars or Star Trek, there are many people who call themselves “Christians” who don’t care anything about evangelism as well. And while Star Wars and Star Trek may not matter in the big scheme of things, evangelism does. Don’t be counted in that group. If you truly love people the way that Jesus wants you to, you will become passionate about evangelism – both personal and en masse! We want to practice that love for others here this summer!