Things I Thought I Would Regret But Don’t …

Watching my new grandson grow and change so fast has removed some of the cobwebs that lie over the memories of raising our own three children. There are, of course, some regrets associated with those memories of when they were young, but lately I have been struck more by those things that I thought I would regret at the time, but actually see as huge blessings now in hindsight.

Let me give you an example from a decade and a half ago. My son Konrad is a lefty, and his mom, Autumn, taught him to throw a ball well at an early age (she has a much better arm and throwing mechanic than my own). When he was about 6 or 7, we were living in Austin, and our circle of friends and acquaintances included quite a few families deeply involved in little league baseball. They were enthusiastic recruiters, and soon my head was swimming with the exciting prospect of watching my son excel at a sport that is as American as apple pie. Why? It held the promise of being as potentially lucrative as a “dot.com” (at that time the tech boom was in full swing), with a full-ride through higher education and beyond! And it could be lots of fun to boot, with the whole family getting involved as supporters, coaches, etc. (concession stand duty included).

The signup deadline approached, but Autumn was quietly resistant to the idea. When I finally got the check book out to pay the hefty fee that last night before it was due, my wife became animated and made an impassioned plea against the whole idea. And she closed by asking me if I had ever considered asking Konrad if he even wanted to play ball. He was standing in the kitchen wide-eyed, so I asked him then and there. “No – I don’t” came his quiet but not hesitant reply. So I closed the check book, and I have not regretted it for a moment since.

What was the main point of her plea? In a nutshell, she asked me to guard our family mealtimes. With work, school, children’s events, church/ministry, and other obligations already on the schedule, those were already in enough jeopardy. I didn’t realize it so much then, but those mealtimes together turned out to be really important for the health of my family. It is well documented now in child development research that family meals together include specific benefits like better academic performance, higher self-esteem, greater sense of resilience, lower risk of substance abuse, lower risk of teen pregnancy, lower risk of depression, lower likelihood of developing eating disorders, and lower rates of obesity. Google it – the volume of good information surrounding this issue astounded me. Students of the Bible will note how much teaching, fellowship, and worship centered around food and mealtimes (e.g. Acts 2:42).

I get to interact with a lot of kids and their families. My heart is burdened because the overwhelming sense I get today is that many are too busy. Kids driven by expectations outside their own are drowning in a sea of activities, programs, and events that leave little time for family, much less sit-down meals together. Parents are caught in a web of pressure and competition, fearing shortcomings fueled by comparison and the American dream of material success. Several campers this summer confided to staff that they were involved in sports that they really didn’t even enjoy. And the cost on them and their families is telling… 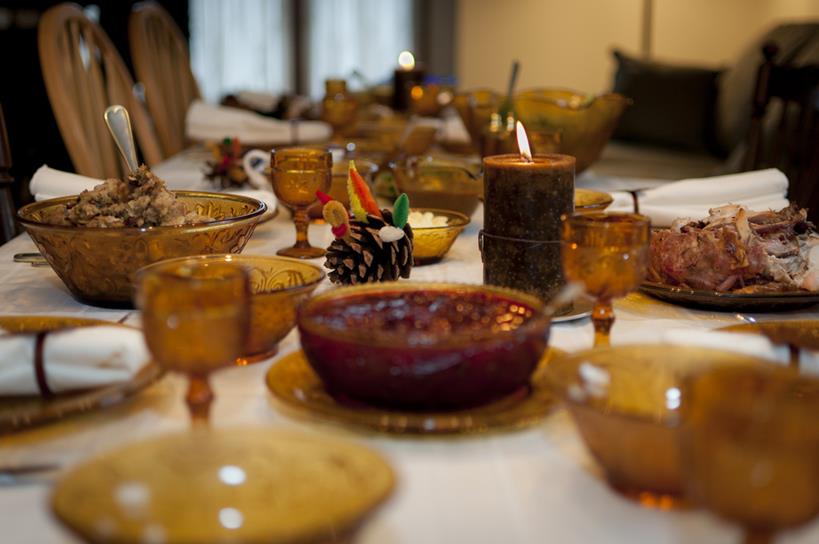 Is the pursuit of extracurricular activity bad? No, but the pursuit of family togetherness is better! Am I advocating dropping out of all sports, music, academic improvement/enrichment programs? No, but I am suggesting that at the top of the list, parents prioritize mealtimes together. Turn off the TV, start with a prayer of thankfulness, and then let the conversation flow over everyone sitting down and enjoying good food together. It will require some discipline, and yes, you are going to miss out on some good things. You won’t regret it.