To Haiti, with love…

In 2007, Frontier Camp partnered with Haitian Pastor Gersan Valcin and his wife, Betty, to plant a Christian youth camp on some undeveloped property in Tse Guinea, a rural impoverished village located in northern Haiti. At the time, Tse Guinea was steeped in voodoo, with at least five voodoo temples within a stone’s throw. The village was known not only for the production of voodoo drums, but also for teaching local children how to beat them. Spiritual darkness and the accompanying oppression enslaved the occupants of the surrounding river valley, and Tse Guinea was its locus. That first year, Pastor Gersan named the property “Jacob’s Well” to communicate his vision of cross-cultural ministry (John 4) centered around an old colonial Spanish well found onsite.

The past eleven years have seen the transformation of Tse Guinea through ministry conducted at Jacob’s Well, starting with over 75 children who responded to the good news of Jesus Christ during that very first day camp. Campers returned home to tell their families, leading the village elders to request a church plant “for the adults.” Today, as a result, Tse Guinea has a church full of young believers with testimonies of being saved as children at camp. Tse Guinea is now known regionally as a Christian village, and Jacob’s Well has grown into a ministry center complete with a Christian radio and TV station. Over time, the voodoo temples have disappeared one by one as frustrated priests pulled up stakes to look for more profitable venues, and the one remaining is contemplating joining the church since his wife and daughters have all become believers. Jacob’s Well Ministry Center is involved in community development (clean water and sanitary latrines), educational, and agricultural projects to provide local jobs, improve village living standards, and provide resources for further ministry. 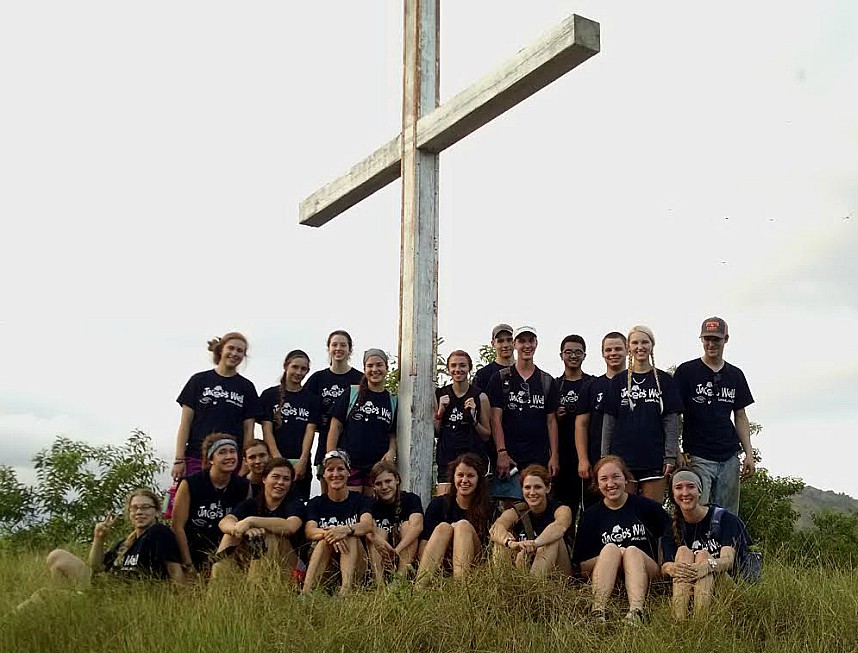 This December 15th-22nd, Frontier Camp will send its 13th team of summer staffers to Jacob’s Well. The purpose behind our continued trips is to encourage the local believers, strengthen leaders in children’s ministry, forge relationships, grow our own staff spiritually, and continue to help Jacob’s Well on its way to independence. You can read a more detailed explanation on why we go to Haiti to conduct camps here. Although these are short-term mission trips, the partnership between Frontier Camp and Jacob’s Well has been a long-term relationship, sustained by the Lord through both good and bad times.

Frontier Camp’s ultimate goal in Haiti has been to train the Haitian believers how to run a ministry and operate camp on their own, so that they will be able to share the Gospel as an independent Haitian ministry. In 2015, a tangible milestone was reached as the Haitian staff programmed, led, and directed camp completely with the FC team serving in a support role. The 2016 trip (Haiti 11) marked a strategic ministry expansion as the Haitian and FC staff conducted a VBS-style day camp at a local church in a neighboring village simultaneously to the camp being conducted at Jacob’s Well. Not only was that effort duplicated on the last trip (Haiti 12) in January of 2017, but both the Jacob’s Well camp and offsite camp were conducted successfully starting the day after the FC team landed, a tremendous indication of a successful transition to Haitian ownership over the entire process including staff training and coordination, and site preparation. 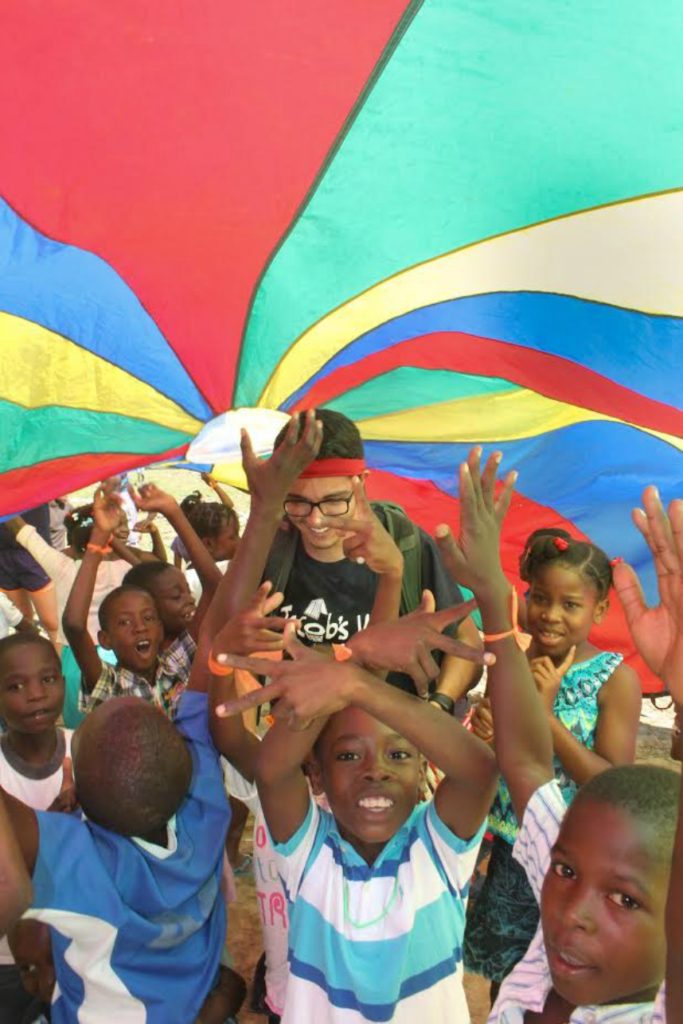 We look forward to serving in Tse Guinea and the surrounding area in December, and we covet the support and prayers of our circle of friends for Haiti 13. Just as importantly, after our team has returned to Texas, the ministry at Jacob’s Well remains, serving in the difficult circumstances of the brokenness of Haiti. Please join us in continuing to pray for the ongoing work at Jacob’s Well, the Tse Guinea church, and the outreach to surrounding villages. A large future project for Jacob’s Well is to construct a guest lodge that can house up to 40 guests. This building will be used for mission teams, Haitian church groups that come for retreats, pastor’s conferences, and more Christian weddings (the first one ever in Tse Guinea was facilitated by Haiti 11)! Please be praying for that project as it is in the planning stage. Also, pray for the Haitian leaders as they continue to be involved in ministry with the campers throughout the year at their churches. Pray that they would continue to grow in their walk with the Lord, and spread the truth of the Gospel throughout Haiti! Finally, pray for the Valcins as they continue to serve the Lord faithfully in Haiti.

Jacob’s Well is a special place where God visibly changes lives. Thank you to those who have participated by going on mission with FC to Haiti in the past. And thank you to the many folks who have supported this effort through sending and through prayer. May God get all of the glory for the wonderful continuing story of Jacob’s Well. Have you considered asking Him if you have a part to play in the next chapter?