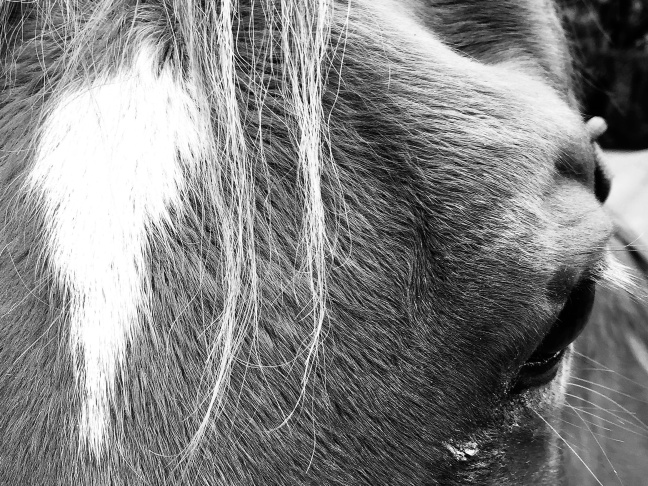 Using it all for Good: Life Lessons in the Barn

By Regan McNamaraMarch 11, 2019No Comments

For we know that in all things God works for the good of those who love Him and who have been called according to His purposes.” – Romans 8:28

I think it is fair to say that the most defining moments of growth as a believer in Christ are not in our easily won successes. Rather they are found in the hard fought struggles and battles that we walk through. And yet we have become stronger because of the Holy Spirit working continually to complete the good work He started. These trials “of many kinds” are used to refine us and develop perseverance (James 1).  The passage from Romans 8 above is our promise during those times of hardship. He never wastes any struggle without using it for good. What an encouraging truth to rest within!

Take a moment to look at the best examples in scripture. Joseph had to wait long periods of time in his wrongful imprisonment and service to Potiphar in Egypt to see God’s masterful handiwork. The Lord was using all of his trials for his ultimate good and the good of so many others. Moses might have been discouraged repeatedly asking Pharaoh to let God’s people go to no avail at first. He obeyed and kept speaking the truth, relying on the Lord to keep His word to His people. Paul might have fallen into despair if he had focused solely on his isolation in prison when his friends had abandoned him.  But he was the most influential writer of the new church! In all of these situations, God used every trial and struggle for the good of the individual.  They were also for the great benefit of those around them and for God’s glory.

Many of you former staffers know Hans’ good ole saying, “Faith is a muscle and if it doesn’t get stretched, it atrophies. The stretching itself is painful at first but necessary for growth.” This principle is very true. It’s something each of us experiences similar to the believers of old, just in different ways. It is hard to walk through moments of stretching that the Lord ordains. But it is more than worth it in the end as He uses it to develop us to look more like Christ through the trial. When examining these lessons of trust in unexpected circumstances, I can’t think of a better personal example than this story about one of our camp horses.

In the fall of 2016, an old sweet horse came off the trailer and into the barn at Frontier Camp. She was underweight, battered, and the epitome of how you’d imagine an old, worn horse to look. We began a lengthy process of rehabilitation for her.  Her kind nature and calm demeanor quickly endeared her to those taking care every day to ensure she received her special meals and daily brushing. She had previously been a therapy horse for children with disabilities.  And everything about her personality confirmed that she had been wonderful at her former job.

That next summer, campers in our horsemanship classes who were terrified of the big equines could spend just 20 minutes brushing Nutmeg and their perspective would shift.  It would end in them giving her a hug before moving to their next activity. She was nothing beautiful to look at and couldn’t be ridden yet. But even in these circumstances, she had a powerful purpose for the good of others.  (This is a good lesson for those of us who may feel powerless or unused in His plans in our current state).

As Nutmeg began to gain weight and feel and look better we began using her for trail rides. She performed just as well as we could have hoped. She often took our youngest and smallest campers down the trail so gently that she quickly became a favorite for those who rode her. Everything seemed to be trending up so well considering where we had started with her. Then we discovered her disease. Nutmeg’s hind pasterns (just below the ankle joints) were sinking farther than most horses; a sign that she had a rare genetic condition. DSLD is a disease that causes the ligaments suspending the ankle joint to slowly disappear over time.  Unfortunately, it remains incurable and irreversible at this time.

Thankfully, as we learned from a vet, horses with this condition can be given supplements containing ligament strengthening ingredients.  In addition, if they are not ridden or the joint over-stressed, they can actually live many happy years past their diagnosis. We knew after learning this that it was time to retire Nutmeg. So we pulled her out of our trail program.  She again resided in the herd for the campers to groom, learn to saddle, and love on.

Nutmeg was still her sweet old self, encouraging timid campers.  But I often found myself asking the Lord what His purpose was in allowing us to purchase and spend so much time rehabilitating a horse that ultimately would be unusable for our riding program. He knew we didn’t want to be unwise with the resources He gave us.  Yet we wanted to make certain we took care of Nutmeg since He had entrusted her care to us for this time. We knew it was time to find a retirement home for her.  But as we began our search, there were many reasons to doubt that we would be successful. Especially in our area, there are not many sanctuaries or people able/willing to take in retired horses.  This is due to the maintenance and financial commitment they require.

We knew that we serve a big God, and in faith that He would use all of these unexpected turns in her story for good.  So I began listing descriptions of her on horse community websites, praying there would be someone willing to take her in. For months many sweet prayer warriors spent time on their knees on Nutmeg’s behalf.  I held hope that the Lord would provide the best home for her. As those months passed, many people inquired about her. But they would all shy away at the thought of taking care of a horse with DSLD. The drought this past summer and fall added to the stress of having extra horses on pasture without enough hay to go around. And since then, many people all over Texas have been selling livestock due to the scarcity of affordable hay.

As 2019 came, I was growing weary of struggling to find anyone willing to take her. I won’t forget the moments kneeling down in petition to the Lord. I would also read Jesus’ words in Matthew:

“Are not two sparrows sold for a penny? Yet not one of them will fall to the ground outside your Father’s care.” – Matthew 10:29

Our Heavenly Father even cares if a worthless sparrow falls from the sky, so why wouldn’t He provide for Nutmeg? He had ordained she come to camp. So surely He had some plan to use even an old, unrideable horse for His purpose and glory. And that is exactly what He did!

About two weeks ago, I “happened” to see a listing made by a family who had just lost one of their older horses. The other in the pasture was distraught without a friend and they were looking for a new companion for him. I quickly contacted them, and gave the spiel I had routinely given many times before. And I was expecting the same response I had been given many times in return. The kind lady got back to me and immediately stated they would be thrilled to give Nutmeg a forever home! She elaborated that her son had autism and loved horses.  They had been praying that the Lord would provide a horse that would be as sweet and gentle of a companion for him as well as their other horse. When she saw Nutmeg’s past as a therapy horse she knew she would be the perfect fit for her son.

All of the details fell so easily into place as God ordained. Last Thursday Nutmeg stepped off the trailer for the last time, a healthy, chunky, beautiful horse. She went out to her green pasture amongst new horse friends.  But best of all, she was with her new best friend, a little boy perfectly suited for her. She walked right up to him and sweetly lowered her head as he gave her a treat and a few pats.  The look of pure contentment and happiness on both of their faces is something I will never forget.

Romans 1 is so evident and true in this story. God displays His invisible qualities and attributes to us daily through what He has made.  By working with the wonderful horses He created, I have learned day by day to trust Him more through lessons learned in the barn. He is in control. He purposes everything for good. And nothing He allows (easy or difficult) ever goes unused in His carefully orchestrated plans. Trials are synonymous with strengthening of your faith if you will turn to and rely on Him as your immovable refuge. After all, we can wholeheartedly trust that His ways are higher and better than we can hope or imagine or see in the moment.

So as you walk through the various trials and testing of your faith, I encourage you to remember the story of sweet Nutmeg.  Like her, you may feel battered, unused, and without purpose.  But you can find joy in realizing that God often chooses unlikely vessels as a light for Him.  A light that others cannot ignore. What a great honor to be given the opportunity to allow others to see His strength in our weakness. And an honor to be given the grace to grow in faith all the while! Live in the knowledge of Whom you serve today.  Remember He is working it all for the good of those who love Him!